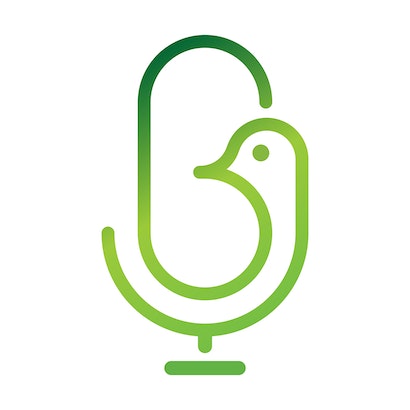 BirdGenie™ is a breakthrough app that helps anyone with an Apple® or Android® smartphone or tablet accurately identify birds in the backyard, local park, or on the nature trail—all with the tap of a button! Just hold up your phone, record the bird singing, and BirdGenie™ helps you identify the species. The app’s highly developed sound identification ability and expert matching system enable bird enthusiasts to achieve an accuracy unheard of in the birding field. It’s perfect for anyone who wants to learn more about the birds around them.

BirdGenie™ includes up to two hundred vocalization types for one hundred species: literally all of the birds likely to be encountered in a backyard or local park, or on a hike, in North America at any time of the year. And the app is easy to use. Just point your smartphone or tablet at a bird, and tap the screen when the bird starts singing. The app’s automatic pre-record feature ensures that you won’t miss the beginning of the song and BirdGenie’s™ patented, highly accurate expert system matches the recording to the closest species. The app’s sophisticated noise-reduction feature means that even in noisy environments, where there is conversation or traffic, you can discover what bird you’re listening to.

Beyond specifying a bird species, BirdGenie™ provides sample songs and spectrograms to compare with your own recording and to guarantee a confident match. The app also includes pictures of all plumages, information about habitat and behavior, and links to further reading. It even has 3-D models for some of the species so you can match different views of a bird. You can share your recordings, photos, and matches with friends and other users, and if you’re so inclined, you can anonymously share recordings to a scientific database to help researchers learn about birdsong variations. No internet connection is required for anything but sharing, making the program accessible everywhere.

Perfect for anyone who wants to know what birds are singing around them, BirdGenie™ takes bird identification to a whole new awesome level.

BirdGenie™ is a trademark of Princeton University Press.

Tom Stephenson’s articles and photos have appeared in Birding and Bird Watcher’s Digest, at Surfbirds.com, and in the Handbook of the Birds of the World. He has guided groups across the United States and Asia. A musician, he has worked with several Grammy and Academy Award winners, and was director of technology at Roland Corporation. Stephen Travis Pope is an award-winning composer, performer, and software engineer who develops new digital-audio processing applications. He has worked on audio analysis programs and music search engines for over a decade. In 2007, the Electronic Music Foundation released a triple-disc anthology of his music and videos called Ritual and Memory. His most recent work is the feature-length music film Secrets, Dreams, Faith and Wonder. Scott Whittle lives in Cape May, New Jersey, and has twenty years of experience as a professional photographer and educator. His images have been published in a wide range of magazines, newspapers, and books. He holds an MFA in photography from the School of Visual Arts in New York, is a fellow of the MacDowell Colony, and is a one-time New York State Big Year record holder. He and Tom Stephenson are members of the team that holds the U.S. Big Photo Day record. He is also the coauthor, with Tom Stephenson, of The Warbler Guide (Princeton University Press).