This audiobook narrated by Robert G. Slade paints a riveting portrait of the Weimar era 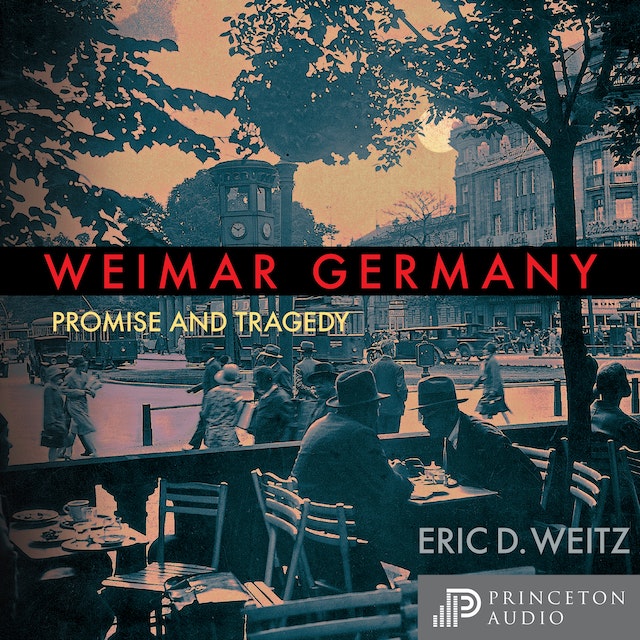 Weimar Germany brings to life an era of unmatched creativity in the twentieth century—one whose influence and inspiration still resonate today. Eric Weitz has written the authoritative history that this fascinating and complex period deserves, and he illuminates the uniquely progressive achievements and even greater promise of the Weimar Republic. Weitz reveals how Germans rose from the turbulence and defeat of World War I and revolution to forge democratic institutions and make Berlin a world capital of avant-garde art. He explores the period’s groundbreaking cultural creativity, from architecture and theater, to the new field of “sexology”—and presents richly detailed portraits of some of the Weimar’s greatest figures. Weimar Germany also shows that beneath this glossy veneer lay political turmoil that ultimately led to the demise of the republic and the rise of the radical Right. Yet for decades after, the Weimar period continued to powerfully influence contemporary art, urban design, and intellectual life—from Tokyo to Ankara, and Brasilia to New York. Featuring a new preface, this comprehensive and compelling book demonstrates why Weimar is an example of all that is liberating and all that can go wrong in a democracy.

Eric D. Weitz is Distinguished Professor of History at City College and the Graduate Center, City University of New York. He is the author of A Century of Genocide and Creating German Communism, 1890–1990 (both Princeton).