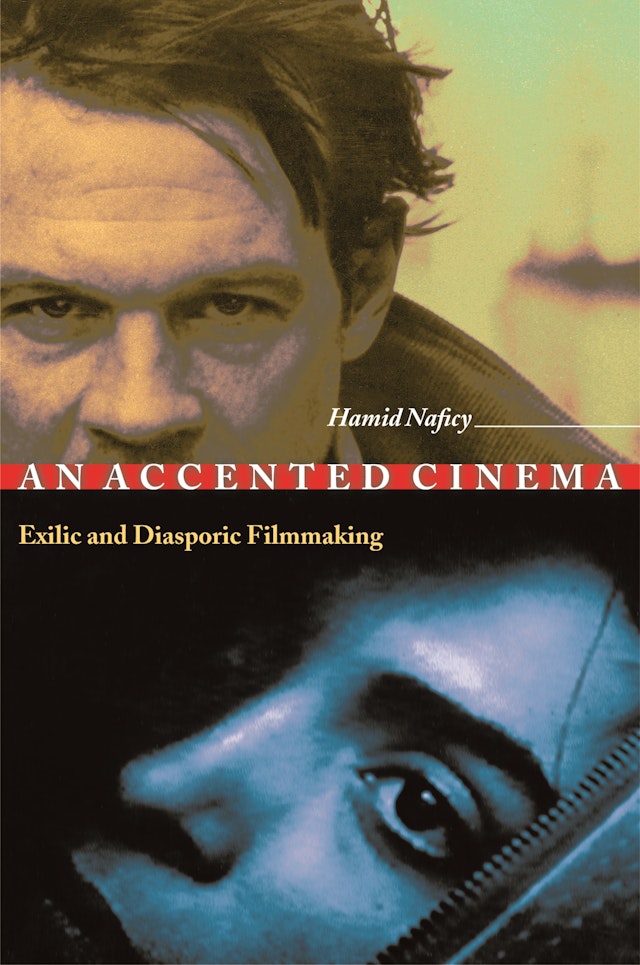 In An Accented Cinema, Hamid Naficy offers an engaging overview of an important trend — the filmmaking of postcolonial, Third World, and other displaced individuals living in the West. How their personal experiences of exile or diaspora translate into cinema is a key focus of Naficy’s work. Although the experience of expatriation varies greatly from one person to the next, the films themselves exhibit stylistic similarities, from their open- and closed-form aesthetics to their nostalgic and memory-driven multilingual narratives, and from their emphasis on political agency to their concern with identity and transgression of identity. The author explores such features while considering the specific histories of individuals and groups that engender divergent experiences, institutions, and modes of cultural production and consumption. Treating creativity as a social practice, he demonstrates that the films are in dialogue not only with the home and host societies but also with audiences, many of whom are also situated astride cultures and whose desires and fears the filmmakers wish to express.


Comparing these films to Hollywood films, Naficy calls them “accented.” Their accent results from the displacement of the filmmakers, their alternative production modes, and their style. Accented cinema is an emerging genre, one that requires new sets of viewing skills on the part of audiences. Its significance continues to grow in terms of output, stylistic variety, cultural diversity, and social impact. This book offers the first comprehensive and global coverage of this genre while presenting a framework in which to understand its intricacies.

Born in Iran, Hamid Naficy came to the United States in 1964 and is Professor of Film and Media Studies at Rice University. He has published extensively on exile and diaspora theory, culture, television, and cinema as well as on Third World and documentary cinema. Naficy is currently completing his long-awaited book on the Iranian cinema.

"[Naficy] does a wonderful job of describing and bringing to life works as yet unseen and, equally admirable, prompts a desire to return to more familiar cinematic texts. [His] prose is engaging, and often eloquent."—Joel Gordon, Arab Studies Journal