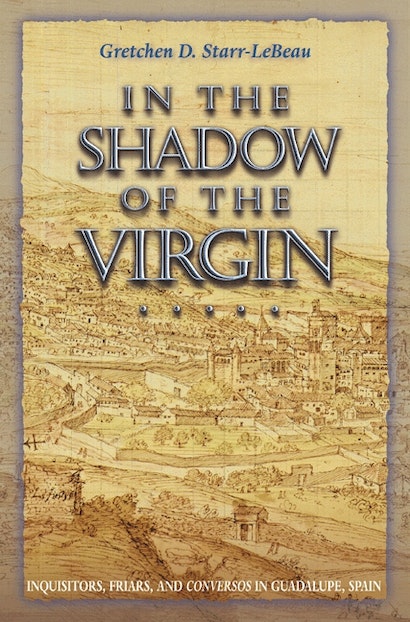 On June 11, 1485, in the pilgrimage town of Guadalupe, the Holy Office of the Inquisition executed Alonso de Paredes — a converted Jew who posed an economic and political threat to the town’s powerful friars — as a heretic. Wedding engrossing narratives of Paredes and other figures with astute historical analysis, this finely wrought study reconsiders the relationship between religious identity and political authority in late-Medieval and early-modern Spain.


Gretchen Starr-LeBeau concentrates on the Inquisition’s handling of conversos (converted Jews and their descendants) in Guadalupe, taking religious identity to be a complex phenomenon that was constantly re-imagined and reconstructed in light of changing personal circumstances and larger events. She demonstrates that the Inquisition reified the ambiguous religious identities of conversos by defining them as devout or (more often) heretical. And she argues that political figures used this definitional power of the Inquisition to control local populations and to increase their own authority.

In the Shadow of the Virgin is unique in pointing out that the power of the Inquisition came from the collective participation of witnesses, accusers, and even sometimes its victims. For the first time, it draws the connection between the malleability of religious identity and the increase in early modern political authority. It shows that, from the earliest days of the modern Spanish Inquisition, the Inquisition reflected the political struggles and collective religious and cultural anxieties of those who were drawn into participating in it.

Gretchen D. Starr-LeBeau is Assistant Professor of History at the University of Kentucky.

"Because only a handful of documents for the earliest years of the Inquisition survive anywhere in Spain, these . . . cases are exceptionally valuable, and Starr-LeBeau makes a masterful use of them to address the questions that have preoccupied scholars. . . . [She] provides a much more detailed analysis than previously available of the incremental steps in the process by which the Inquisition established boundaries and orthodox practice, its major impact on Spanish society."—Helen Nader, American Historical Review

"[T]his comparative study in church discipline is recommended to all scholars in the field. It may be hoped that some of them will imitate its approach in their own research."—Avshalom Laniado, Mediterranean Historical Review