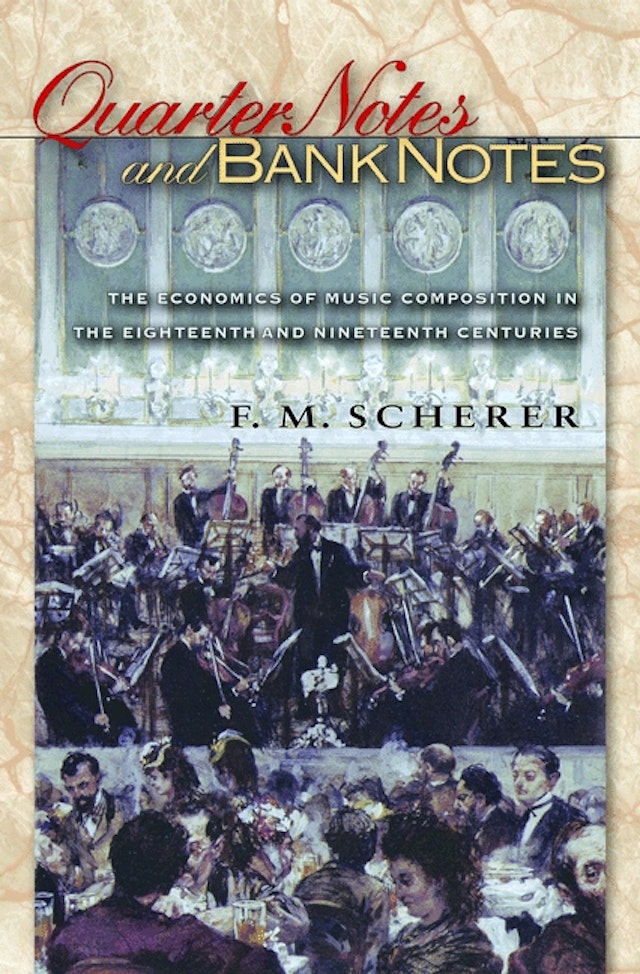 In 1700, most composers were employees of noble courts or the church. But by the nineteenth century, Chopin, Schumann, Brahms, Verdi, and many others functioned as freelance artists teaching, performing, and selling their compositions in the private marketplace. While some believe that Mozart’s career marks a clean break between these two periods, this book tells the story of a more complex and interesting transition.


F. M. Scherer first examines the political, intellectual, and economic roots of the shift from patronage to a freelance market. He describes the eighteenth-century cultural “arms race” among noble courts, the spread of private concert halls and opera houses, the increasing attendance of middle-class music lovers, and the founding of conservatories. He analyzes changing trends in how composers acquired their skills and earned their living, examining such impacts as demographic developments and new modes of transportation. The book offers insight into the diversity of composers’ economic aspirations, the strategies through which they pursued success, the burgeoning music publishing industry, and the emergence of copyright protection. Scherer concludes by drawing some parallels to the economic state of music composition in our own times.


Written by a leading economist with an unusually broad knowledge of music, this fascinating account is directed toward individuals intrigued by the world of classical composers as well as those interested in economic history or the role of money in art.

F. M. Scherer is Aetna Professor Emeritus at Harvard University's Kennedy School of Government, Lecturer at the Woodrow Wilson School, Princeton University, and the author of many books.

"Scherer has broken new ground with his exciting interdisciplinary approach and use of massive quantitative and qualitative data—the scale of this achievement cannot be overstated."—Siobhan McAndrew, Business History

"This new book by F.M. Scherer explores aspects of the music business in Western Europe during the eighteenth and early nineteenth centuries, and asks the question of how classical composers there made the transition from feudal to capitalist society. . . . Scherer brings a much-needed sense of maturity and respectability to the study of music and commerce. . . . Scherer's work on the economics of music publishing is especially informative. . . . Anyone interested in the rise of market practices in Europe will enjoy [this book], especially if they like casual music."—James P. Kraft, Enterprise & Society