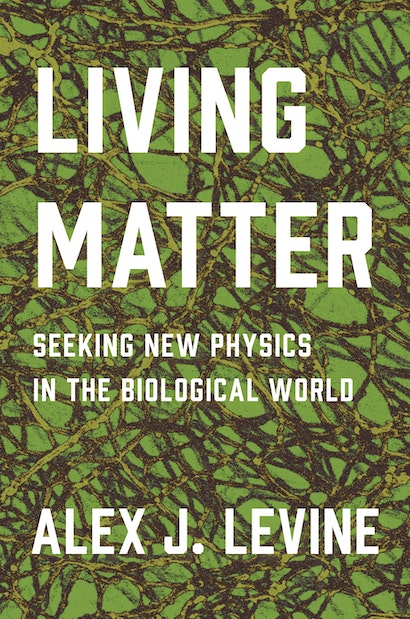 The frontiers of physics can seem impossibly remote—located in the invisible quantum realm or the farthest reaches of the cosmos. But one of physics’ most exciting frontiers lies much closer than we realize: within our own bodies and other living organisms, which display astonishingly intricate structural patterns and dynamic processes that we don’t yet understand. In Living Matter, leading biophysicist Alex Levine explains why unraveling the mysteries of life may ultimately demand a new physics—one that takes full account of the fundamental differences between living and nonliving matter.

Life is distinct not only because of its evolutionary history and function, Levine explains, but because it exhibits unique complexities of structure and organizational behavior. In addition, life thrives in states that are not always predictable by means of the same physical principles used to explain nonliving systems. From single proteins to entire collections of cells, and from DNA to the eyes, ears, and brain, Levine tours the most promising areas of life where a new physics might be found. Along the way, he considers many fascinating issues, such as the electrical nature of thought and the emergence of life from the inanimate.

Revealing what the study of the biological world can contribute to physics, Living Matter unveils the potential scientific revolution that exists in the uncharted territory lying at, and in, our very fingertips.

Alex J. Levine is director of the Center for Biological Physics at the University of California, Los Angeles, where he is also a professor in the departments of chemistry and biochemistry, physics and astronomy, and biomathematics. He lives in Los Angeles.

"Living Matter: Seeking New Physics in the Biological World argues that life’s complexity and capacity for self-organisation may require a new branch of physics."—New Scientist

"Living Matter is a call to arms for readers to see biophysics as the next frontier of physics, one that has potentially wide-ranging consequences for science and technology."—Peter M. Hoffmann, author of Life's Ratchet: How Molecular Machines Extract Order from Chaos

"A compelling and passionate case for a physicist's approach to understanding living systems, Living Matter provides a clear account of some of the deep insights that have been made at the interface of physics and biology."—Jeff Gore, Massachusetts Institute of Technology