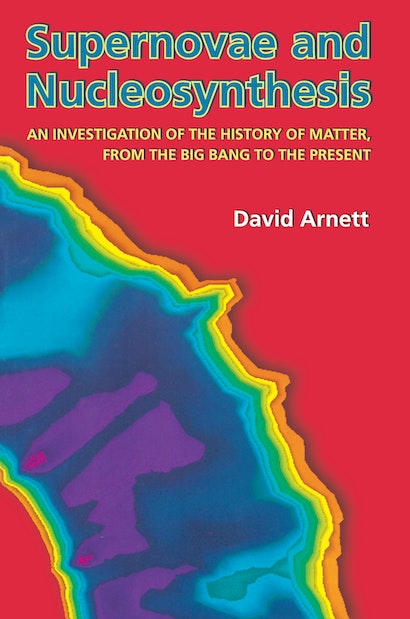 This book investigates the question of how matter has evolved since its origin in the Big Bang, from the cosmological synthesis of hydrogen and helium to the generation of the complex set of nuclei that comprise our world and our selves. A central theme is the evolution of gravitationally contained thermonuclear reactors, otherwise known as stars. Our current understanding is presented systematically and quantitatively, by combining simple analytic models with new state-of-the-art computer simulations.


The narrative begins with the clues (primarily the solar system abundance pattern), the constraining physics (primarily nuclear and particle physics), and the thermonuclear burning in the Big Bang itself. It continues with a step-by-step description of how stars evolve by nuclear reactions, a critical investigation of supernova explosion mechanisms and the formation of neutron stars and of black holes, and an analysis of how such explosions appear to astronomers (illustrated by comparison with recent observations). It concludes with a synthesis of these ideas for galactic evolution, with implications for nucleosynthesis in the first generation of stars and for the solar system abundance pattern. Emphasis is given to questions that remain open, and to active research areas that bridge the disciplines of astronomy, cosmochemistry, physics, and planetary and space science. Extensive references are given.

David Arnett is a Regents Professor at the University of Arizona and an astrophysicist at the Steward Observatory. He has been an active contributor to the development of a quantitative understanding of the birth of the elements and the death of stars, with particular interests in the use of computers in science, and in the interface between physics and astronomy.

"The book is delightful reading. . . the best available source of material on supernova physics for the graduate student."—A.G.W. Cameron, Nature

"This well-illustrated and well-referenced volume is an extremely valuable addition to the astronomical literature."—New Scientist