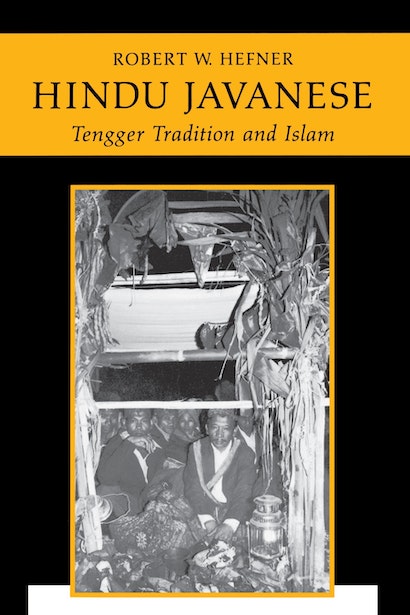 The description for this book, Hindu Javanese: Tengger Tradition and Islam, will be forthcoming.

"The most important study of Javanese religion since Clifford Geertz's Religion of Java (1960). An ethnographically rich and historically detailed portrait of the last Hindu enclave in Muslim Java, Hefner's work is also a compelling account of the symbolic processes involved in religious conversion. . . . This is a brilliant study which is certain to appeal to readers concerned with post-structuralist theory as well as specialists in Asian Studies, Hinduism, and Islam."—Choice

"Elegantly written, convincingly argued, and painstakingly researched, this study of a Javanese mountain people is the most paradigmatic work in the anthropology of religion to appear since Nuer Religion."—E. Valentine Daniel, Religious Studies Review

"[T]he description of ritual, the priestly role, and prayer in the contemporary setting is careful, subtle and original. The challenges from and reactions to Islam are well delineated."—R. H. Barnes, Times Literary Supplement

"This book is an exemplary model of sophisticated use of sociological and semiotic theory in the analysis of complex historical and ethnographic materials. It will interest not only anthropologists and Indonesianists, but also historians, linguists, and students of the history of religion and mythology. The general reader would also enjoy the work, for it is gracefully and vividly written."—Hildred Geertz, Princeton University