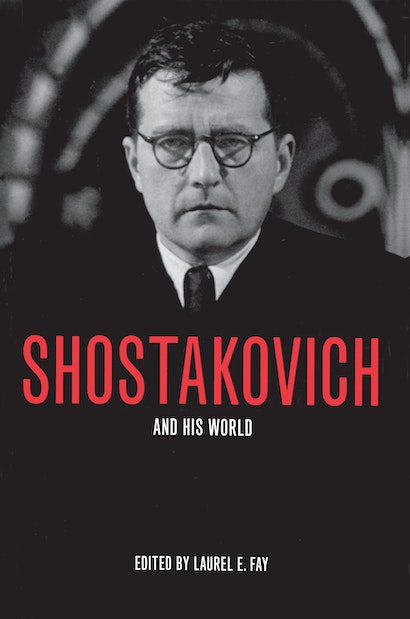 Dmitri Shostakovich (1906-1975) has a reputation as one of the leading composers of the twentieth century. But the story of his controversial role in history is still being told, and his full measure as a musician still being taken. This collection of essays goes far in expanding the traditional purview of Shostakovich’s world, exploring the composer’s creativity and art in terms of the expectations — historical, cultural, and political — that forged them.


The collection contains documents that appear for the first time in English. Letters that young “Miti” wrote to his mother offer a glimpse into his dreams and ambitions at the outset of his career. Shostakovich’s answers to a 1927 questionnaire reveal much about his formative tastes in the arts and the way he experienced the creative process. His previously unknown letters to Stalin shed new light on Shostakovich’s position within the Soviet artistic elite.


The essays delve into neglected aspects of Shostakovich’s formidable legacy. Simon Morrison provides an in-depth examination of the choreography, costumes, décor, and music of his ballet The Bolt and Gerard McBurney of the musical references, parodies, and quotations in his operetta Moscow, Cheryomushki. David Fanning looks at Shostakovich’s activities as a pedagogue and the mark they left on his students’ and his own music. Peter J. Schmelz explores the composer’s late-period adoption of twelve-tone writing in the context of the distinctively “Soviet” practice of serialism. Other contributors include Caryl Emerson, Christopher H. Gibbs, Levon Hakobian, Leonid Maximenkov, and Rosa Sadykhova. In a provocative concluding essay, Leon Botstein reflects on the different ways listeners approach the music of Shostakovich.

Laurel E. Fay is an independent scholar and author of Shostakovich: A Life, which won the 2001 Otto Kinkeldey Award of the American Musicological Society. She has written and lectured extensively on Russian and Soviet music.

"An important contribution to the discussion on Shostakovich."—Library Journal