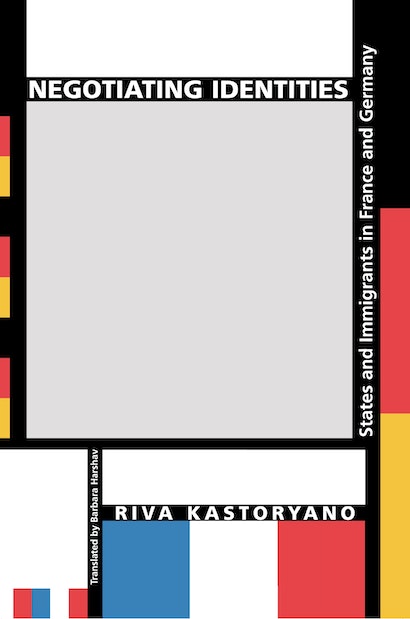 Immigration is even more hotly debated in Europe than in the United States. In this pivotal work of action and discourse analysis, Riva Kastoryano draws on extensive fieldwork — including interviews with politicians, immigrant leaders, and militants — to analyze interactions between states and immigrants in France and Germany. Making frequent comparisons to the United States, she delineates the role of states in constructing group identities and measures the impact of immigrant organization and mobilization on national identity.

Kastoryano argues that states contribute directly and indirectly to the elaboration of immigrants’ identity, in part by articulating the grounds on which their groups are granted legitimacy. Conversely, immigrant organizations demanding recognition often redefine national identity by reinforcing or modifying traditional sentiments. They use culture — national references in Germany and religion in France — to negotiate new political identities in ways that alter state composition and lead the state to negotiate its identity as well.

Despite their different histories, Kastoryano finds that Germany, France, and the United States are converging in their policies toward immigration control and integration. All three have adopted similar tactics and made similar institutional adjustments in their efforts to reconcile differences while tending national integrity.

The author builds her observations into a model of ”negotiations of identities” useful to a broad cross-section of social scientists and policy specialists. She extends her analysis to consider how the European Union and transnational networks affect identities still negotiated at the national level. The result is a forward-thinking book that illuminates immigration from a new angle.

Riva Kastoryano is a Senior Research Fellow at the National Center for Scientific Research and teaches at the Institute for Political Science, both in Paris. The author of several books in French, her work has focused on community formation and the construction of collective identities in different political settings.

"This is an important book that contributes to our understanding of why European states have found it so difficult to fully include migrants into their political communities."—Rainer Baubock, International Migration Review

"Negotiating Identities is a useful book for stimulating reflection on when, how, and why immigrants and states interact in ethnically diverse societies. It contains several important insights that should be reckoned with. It also opens up additional lines of inquiry into pressing concerns, and thus may prove to be an important building block for further theoretical and empirical studies of France, Germany, and beyond."—Eric Bleich, Perspectives on Politics

"Riva Kastoryano has studied the two largest Muslim immigrant groups in Europe, the North Africans of France and the Turkish population of Germany, in depth and with sophistication. How and whether these groups assimilate to Western civilization is clearly a matter of the greatest urgency and this book is invaluable in giving us some sense of how this process is working."—Nathan Glazer, Professor of Sociology and Education, Harvard University

"Few issues are more important than the ways in which cultural identities are politicized. As Riva Kastoryano shows in this excellent book, neither religious nor national communities are stable, and immigration challenges the ability of state to control and integrate identities. This is a crucial issue for Europe and for the world."—Craig Calhoun, New York University, President of the Social Science Research Council

"An important and incisive study. . . . American readers will gain from this book a fresh perspective on their own multicultural experience."—George M. Fredrickson, author of Racism and The Comparative Imagination

"Riva Kastoryano's subtle account of identity negotiations between French and German receivers and immigrant newcomers demonstrates how profoundly their course is shaped by the state. In the best tradition of comparative macroanalysis, this work not only highlights similarities, but helps us understand the lasting specificity of each case."—Aristide Zolberg, New School University