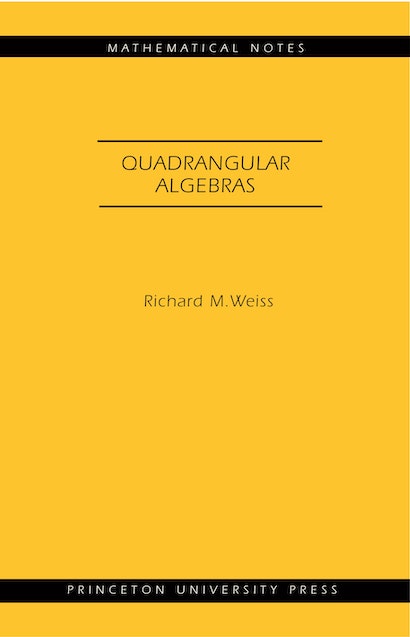 Quadrangular Algebras is intended for graduate students of mathematics as well as specialists in buildings, exceptional algebraic groups, and related algebraic structures including Jordan algebras and the algebraic theory of quadratic forms.

Richard M. Weiss is William Walker Professor of Mathematics at Tufts University. He is the author of The Structure of Spherical Buildings (Princeton) and the coauthor (with Jacques Tits) of Moufang Polygons. He received a Humboldt Research Prize in 2004.

"[T]here have been many results on finite generalized quadrangles that fill a well-needed gap in the mathematical literature, but this monograph is much deeper and will enable progress to be made in a difficult technical area where some exotic forms of algebraic groups have hitherto been little understood."—Robert L. Devaney, Bulletin of the AMS