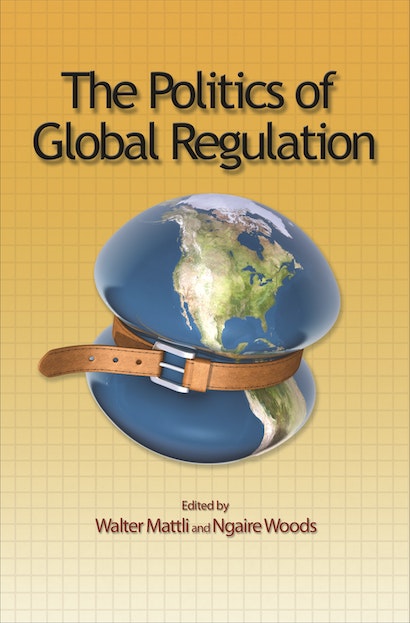 Regulation by public and private organizations can be hijacked by special interests or small groups of powerful firms, and nowhere is this easier than at the global level. In whose interest is the global economy being regulated? Under what conditions can global regulation be made to serve broader interests? This is the first book to examine systematically how and why such hijacking or “regulatory capture” happens, and how it can be averted.


Walter Mattli and Ngaire Woods bring together leading experts to present an analytical framework to explain regulatory outcomes at the global level and offer a series of case studies that illustrate the challenges of a global economy in which many institutions are less transparent and are held much less accountable by the media and public officials than are domestic institutions. They explain when and how global regulation falls prey to regulatory capture, yet also shed light on the positive regulatory changes that have occurred in areas including human rights, shipping safety, and global finance. This book is a wake-up call to proponents of network governance, self-regulation, and the view that technocrats should be left to regulate with as little oversight as possible.

"The Politics of Global Regulation makes a significant contribution to this field of research, focusing on global regulatory changes in different policy areas. . . . The book provides a well-structured and coherent set of contributions that focus on the difficulties faced by supranational regimes in avoiding regulatory capture at the global level."—Jacint Jordana, Governance

"This impressive new volume demonstrates some of the best new thinking on global regulation and the ways in which the context and process of policy making affect the rules, standards and institutions that increasingly govern people's lives. Walter Mattli and Ngaire Woods provide the analytical centrepiece of the volume, which seeks to explain which interests are likely to be represented in global regulation. . . . Thanks to this impressive volume, future work in this area will no doubt have a richer analytical grounding than before."—Kevin Young, Global Policy

"The recent global financial crisis and recession have forced the issue of financial regulation to the top of the international political agenda. The current economic difficulties may provide the world with a one-in-a generation opportunity to formulate a set of constructive rules for the century's economy. The book deals with the general issue of how regulatory regimes are created and evolve. . . . What a joy to find an edited volume in which the constituent chapters actually fit together in a coherent whole. . . . All of the chapters refer back to the basic constructs presented in the opening theoretical piece—a rarity in this kind of work. The book is thus highly recommended to both experts in the field and neophytes."—Joel Campbell, International Affairs

"[This book] . . . is likely to make a significant impact on the field of international political economy."—Tim Dunne, Times Higher Education

"As the world seems poised to recalibrate significantly the respective roles of markets and authority, The Politics of Global Regulation offers timely analytical and experiential guidance about what works, what doesn't, and why. Combining keen general observations with informative cases drawn from international finance, human rights, corporate social responsibility, maritime safety, and international trade, this excellent volume should be required reading for anyone interested in the subject—and these days, that excludes few among us."—John Gerard Ruggie, Harvard University

"This is an important book. The financial crisis that began in 2007/2008 is the worst since the 1930s and the failure of global regulation is all too apparent. Already ten years ago when the East Asian financial crisis erupted it was clear that better rules and institutions were required at the global level. Powerful vested interests on Wall Street and in the financial sector prevented reform—a classic case of regulatory capture. This book explains systematically the conditions that make global regulatory capture possible and demonstrates through a wide range of case studies how it might be averted."—Joseph Stiglitz, Nobel Prize–winning economist

"As the world contemplates a new Bretton Woods system that will surely not look anything like the top-down U.S.-Britain system created after World War II, this excellent collection sheds important light on the demand for and supply of global regulation. The analytic framework Mattli and Woods lay out should give hope that the next epoch of global economic regulation will escape capture by self-interested financial institutions and further the common interest in stable and equitable economic growth and development."—Geoffrey Garrett, University of Sydney

"The editors have put together an outstanding set of contributors to tackle a critical and often under-explored feature of the global political economy—international regulation. This book is a needed theoretical contribution. I believe it will have wide appeal to those interested in international relations, international business, and global public policy more generally."—Abraham L. Newman, Georgetown University

"Mattli and Wood's volume is a timely collective examination of an important topic. Global regulation has received insufficient academic attention, because it is complex and doesn't sit easily with the traditional intellectual categories of international political economy. The essays collected in this book break ground in mapping out the new politics of regulation and helping us to understand how it is changing domestic and international economies."—Henry Farrell, George Washington University