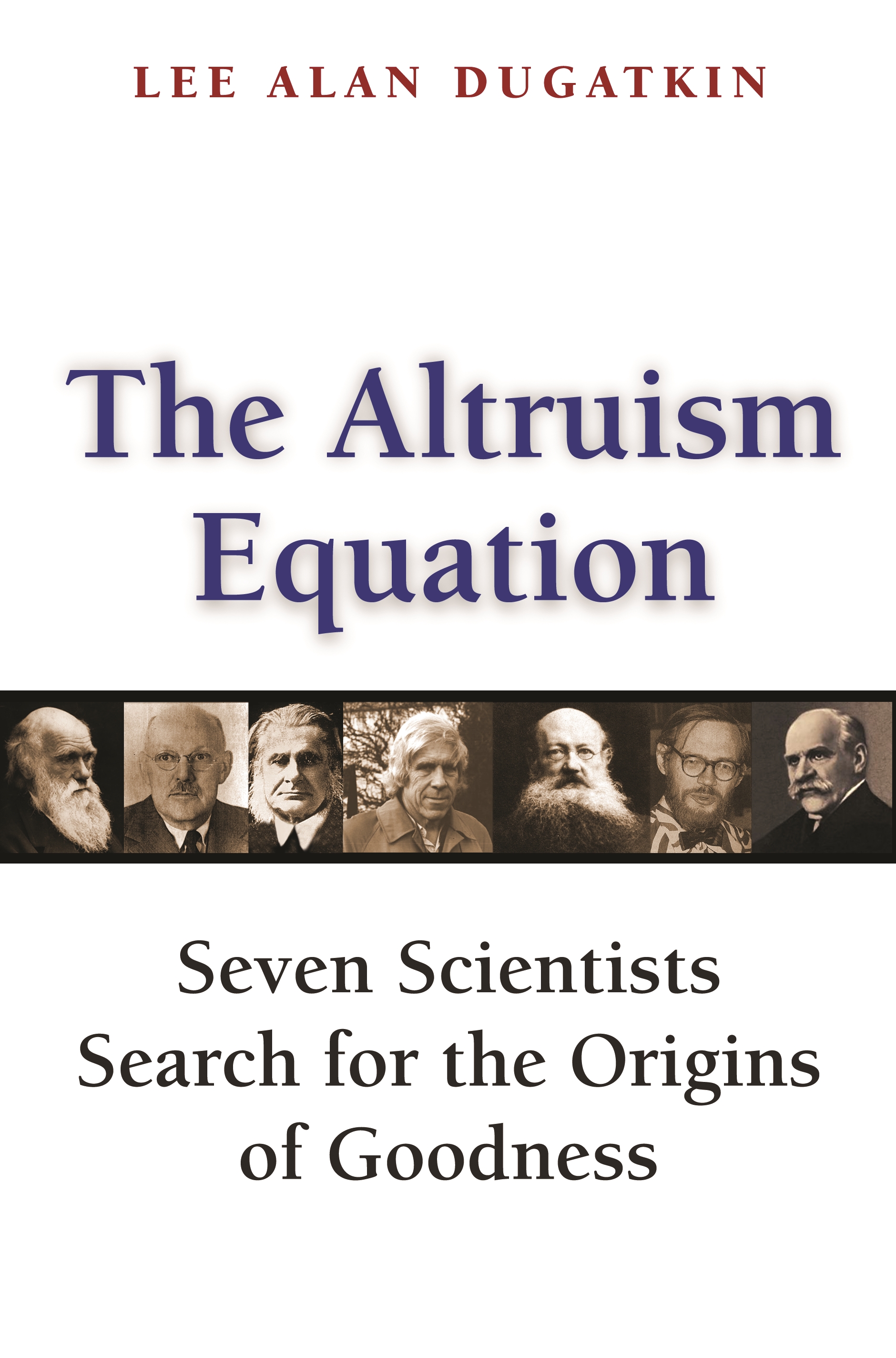 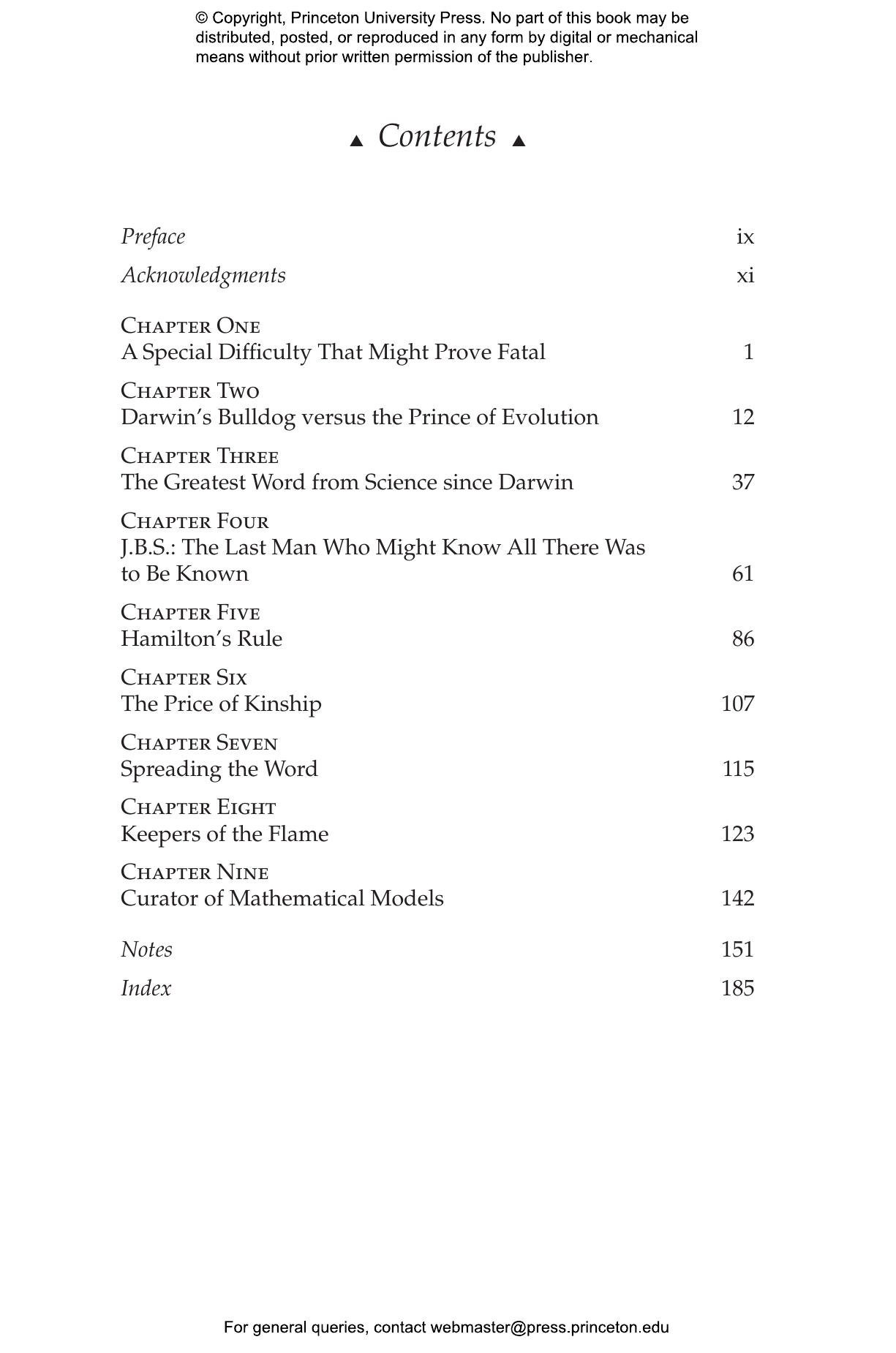 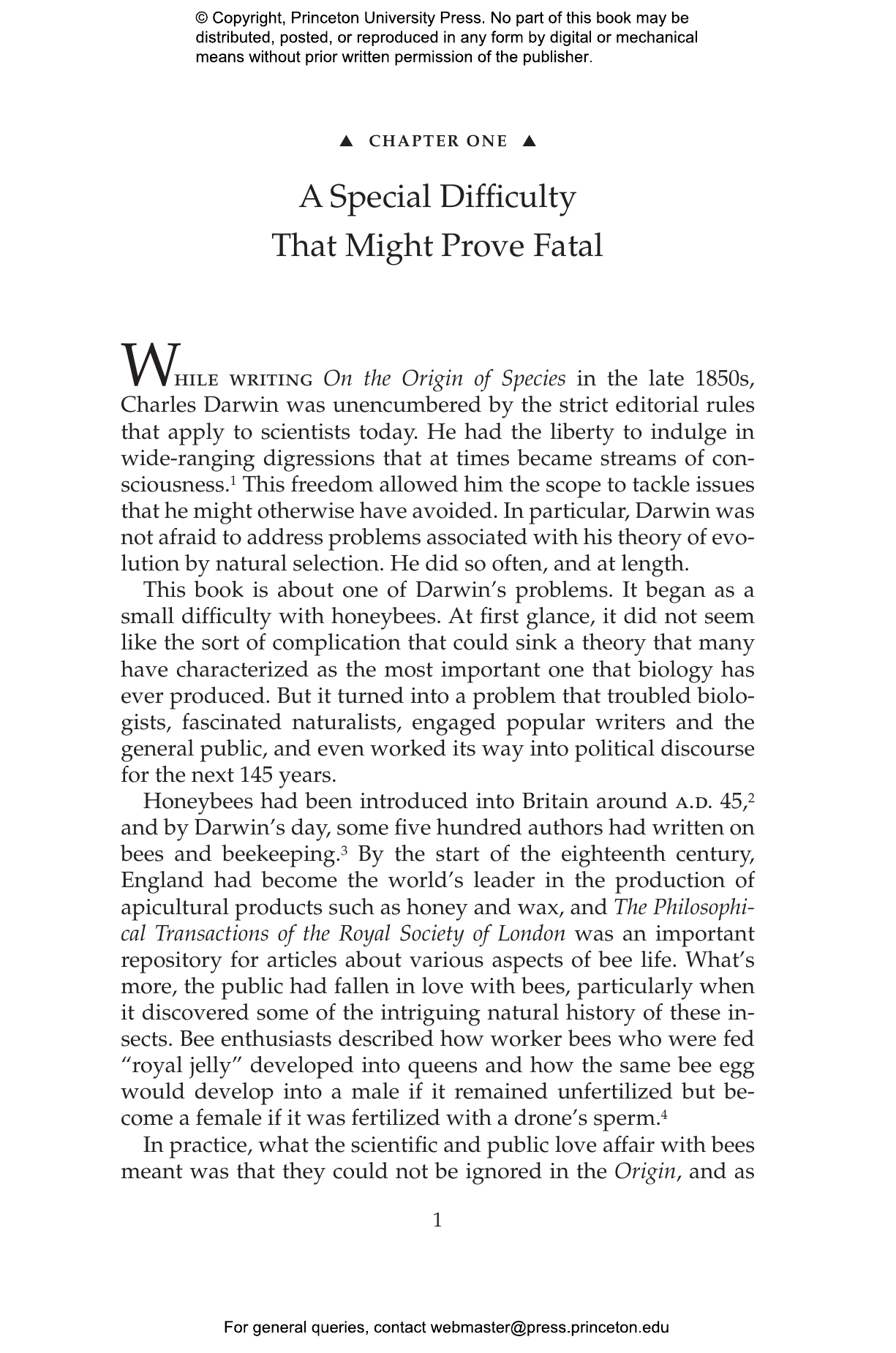 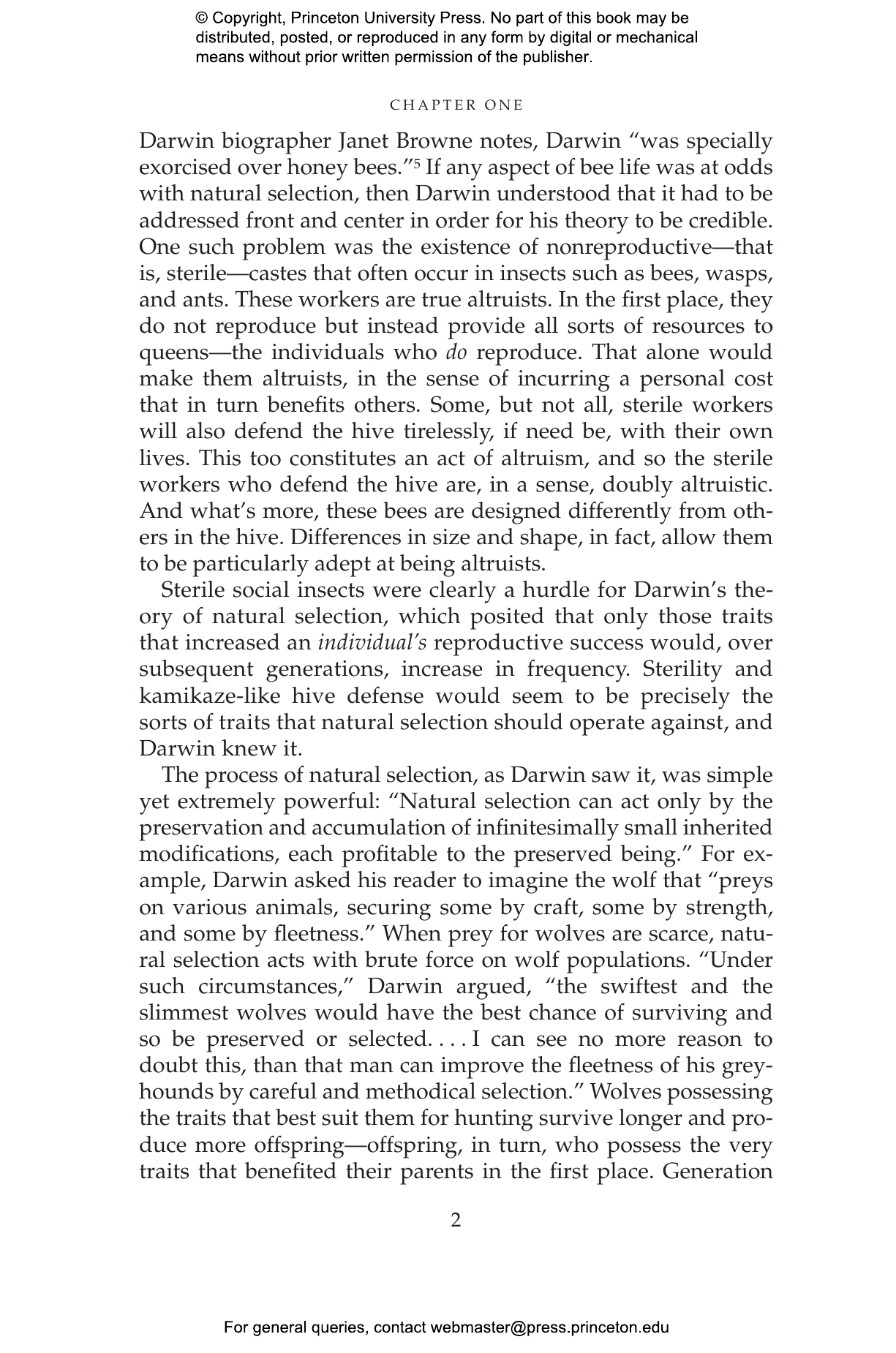 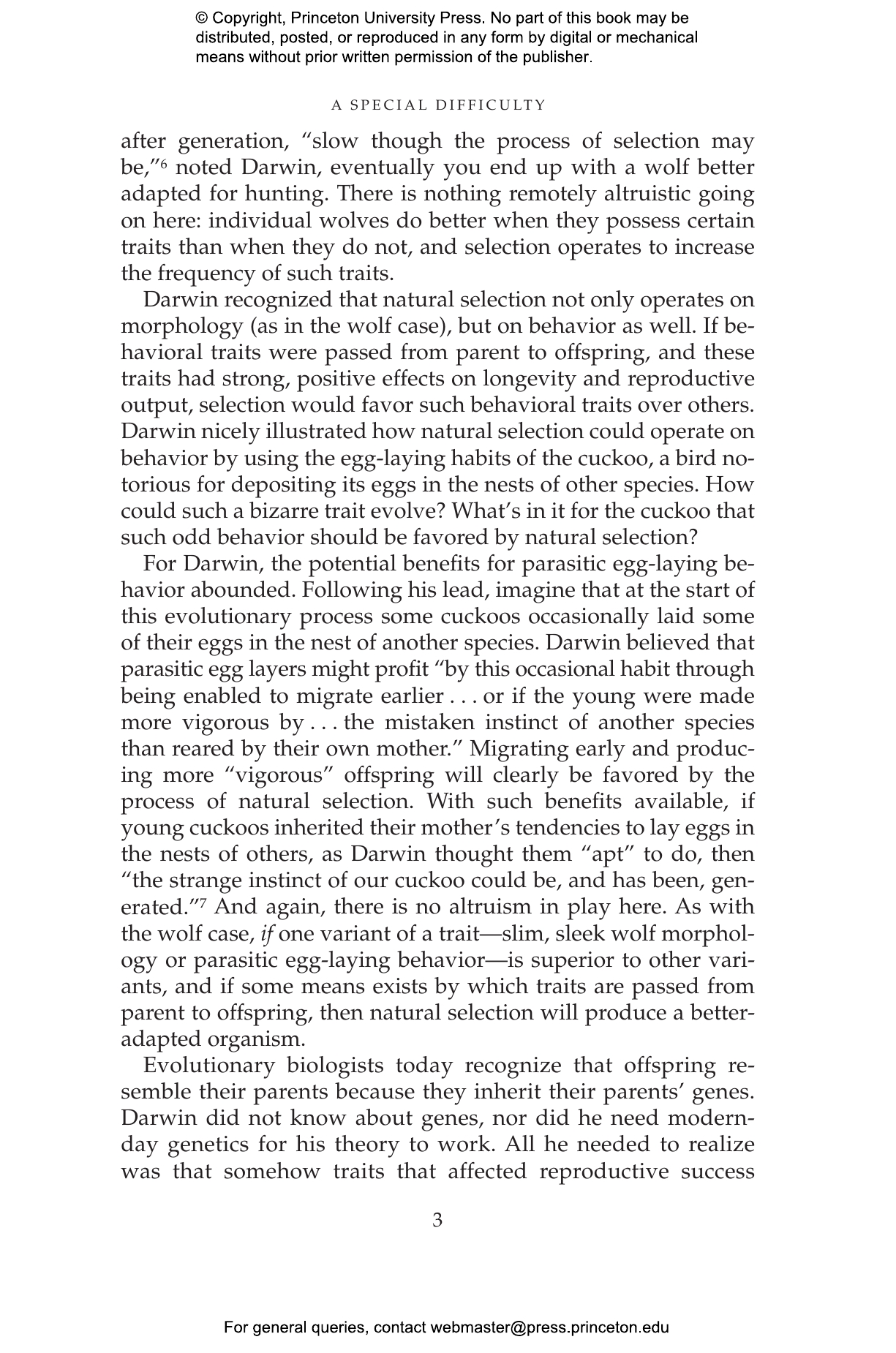 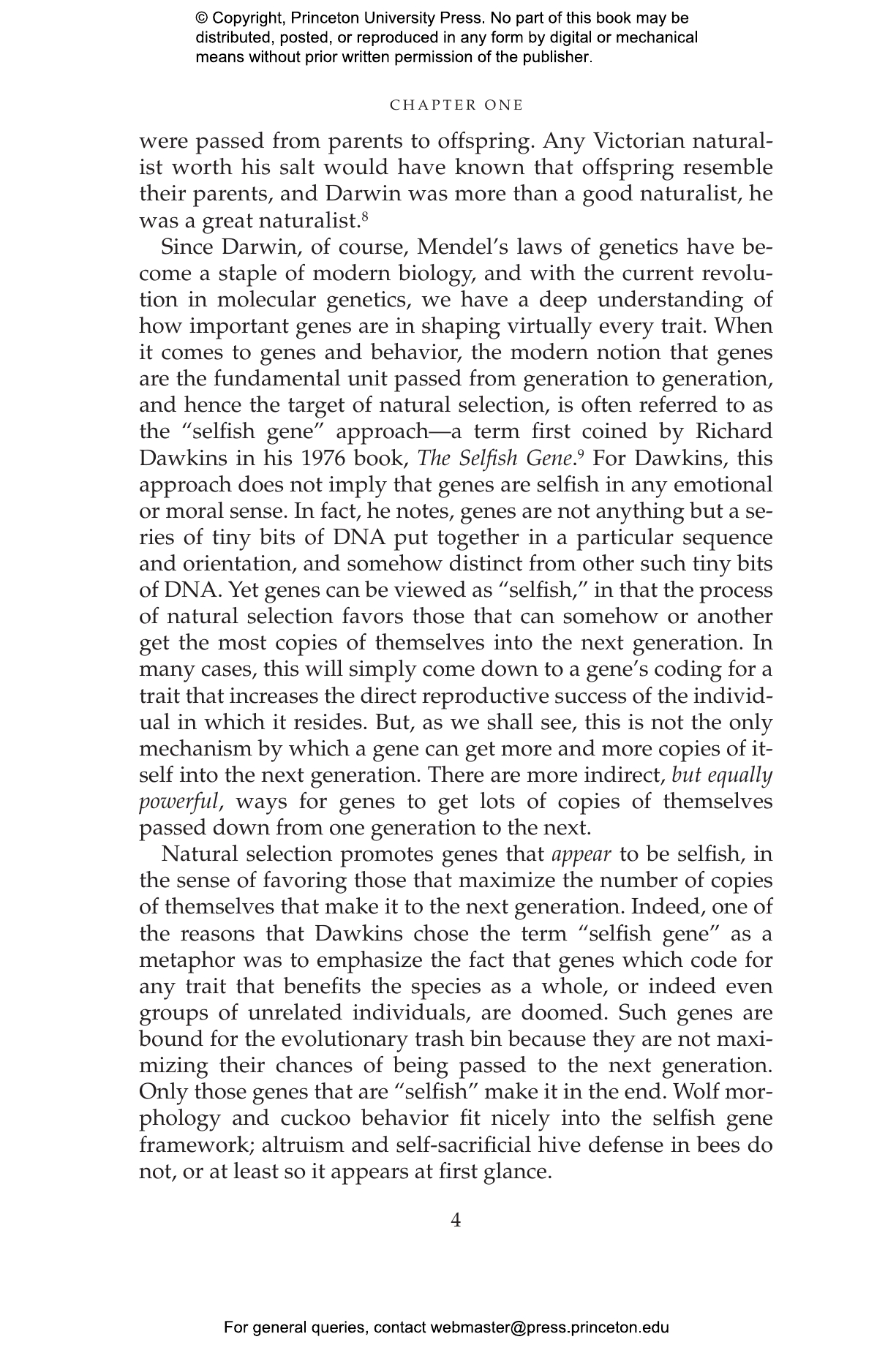 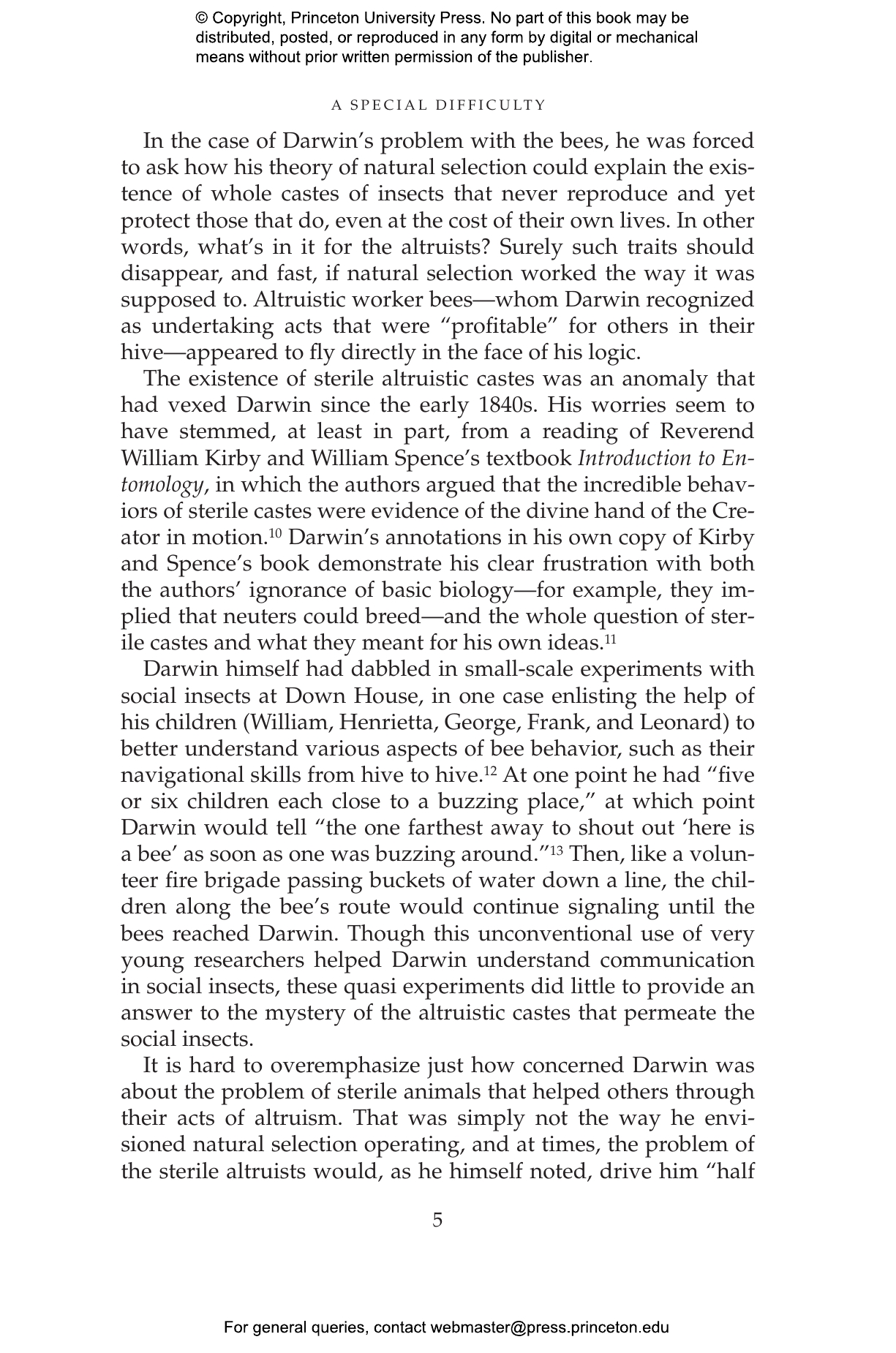 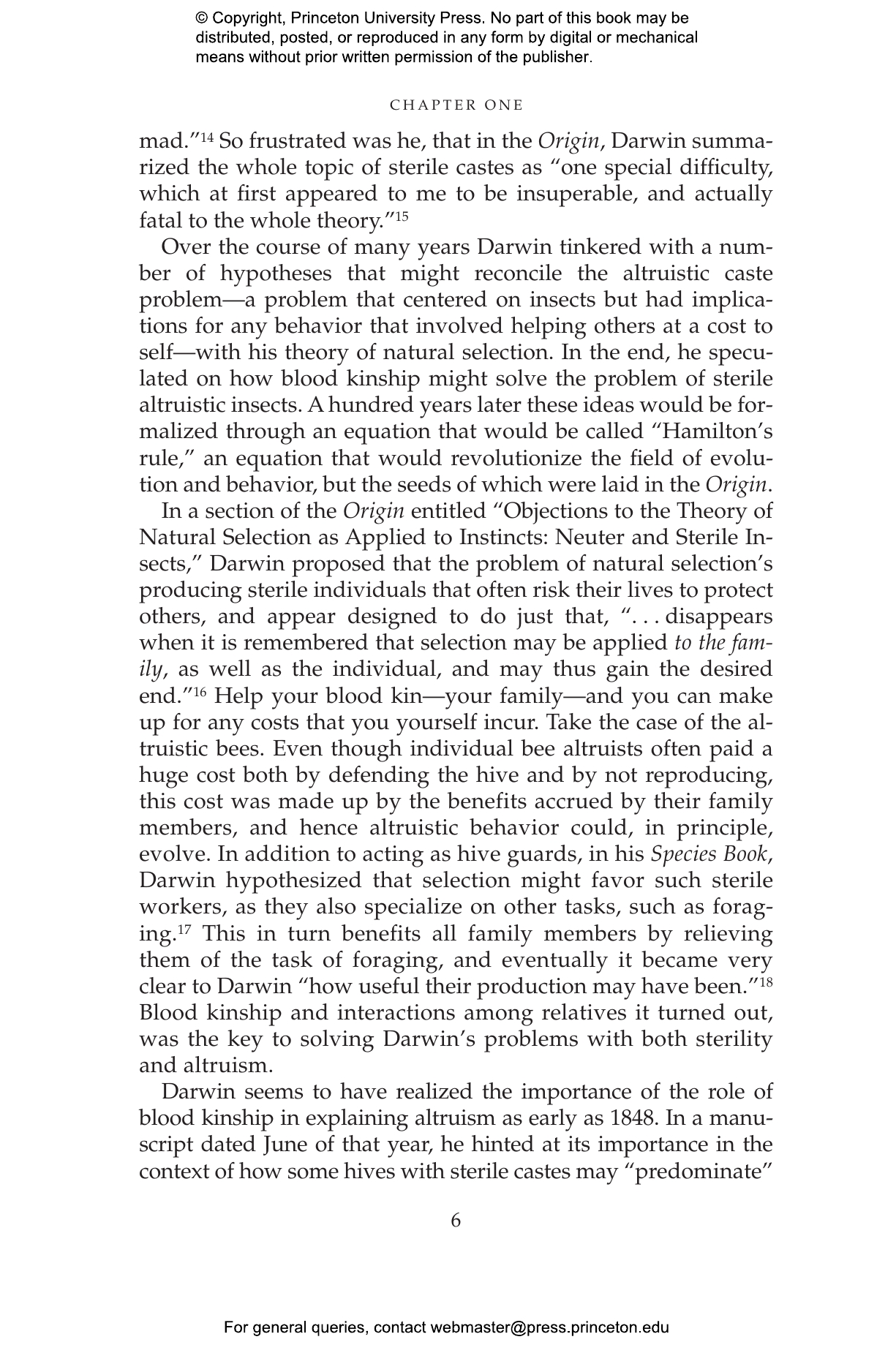 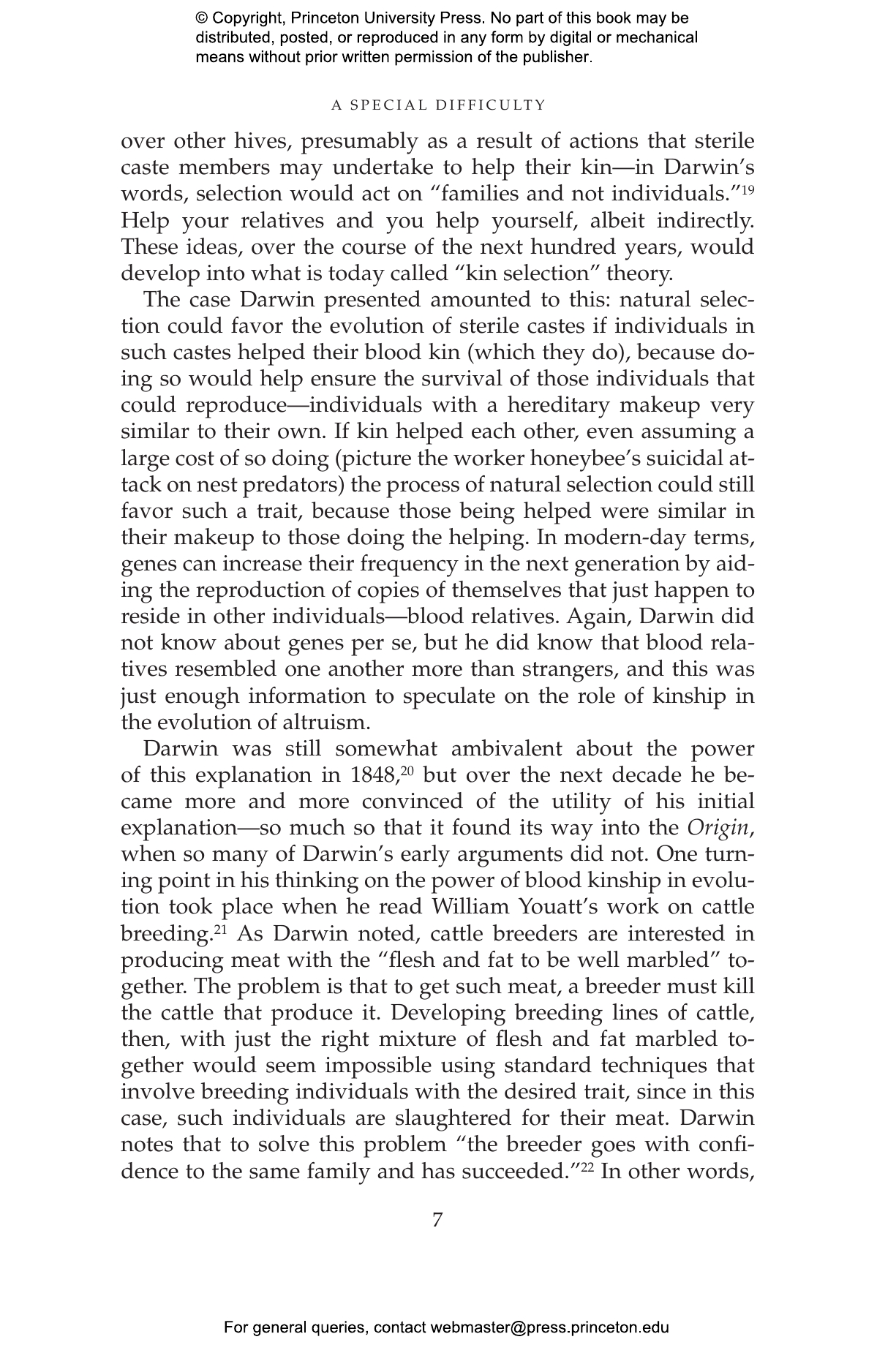 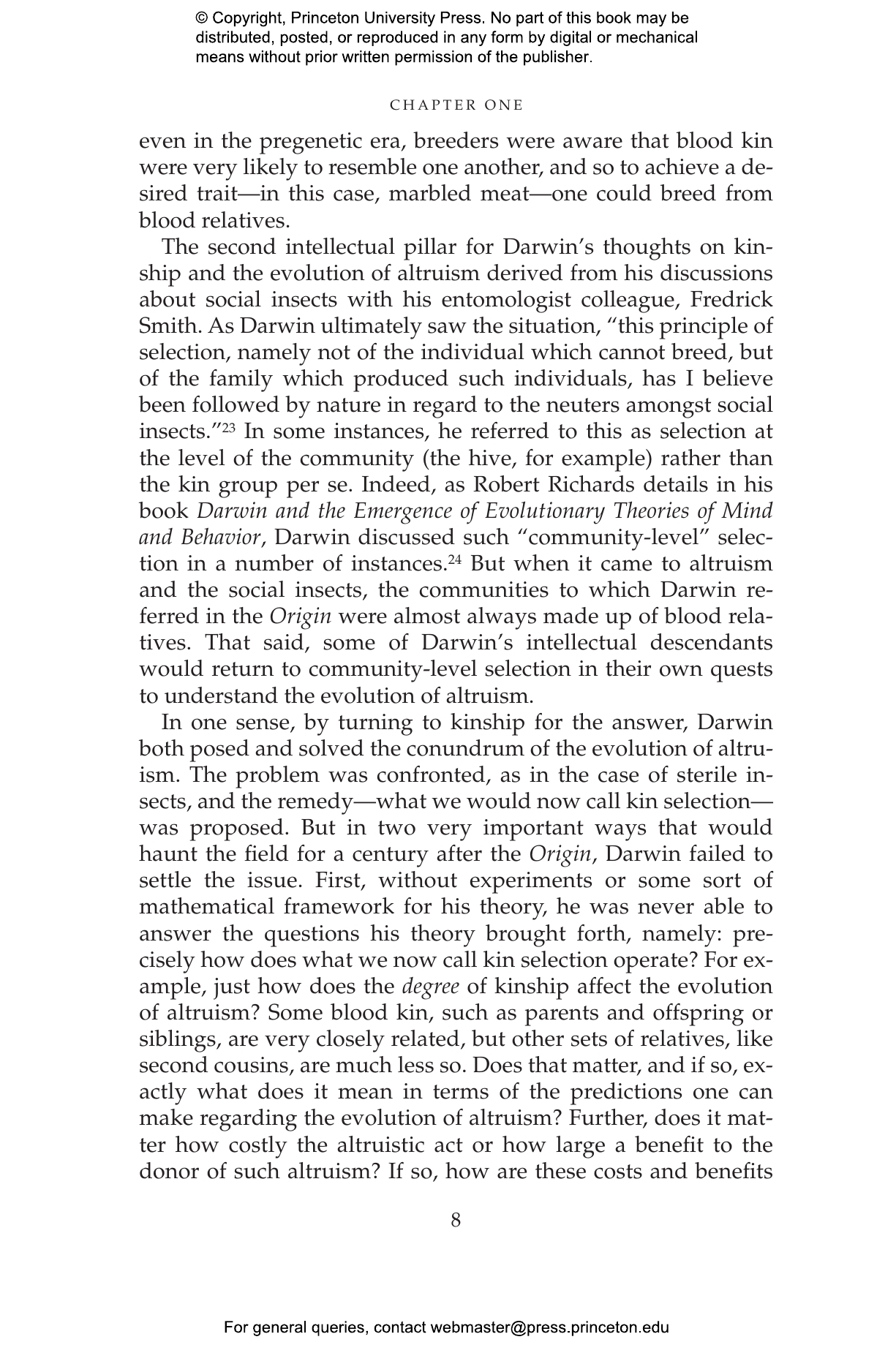 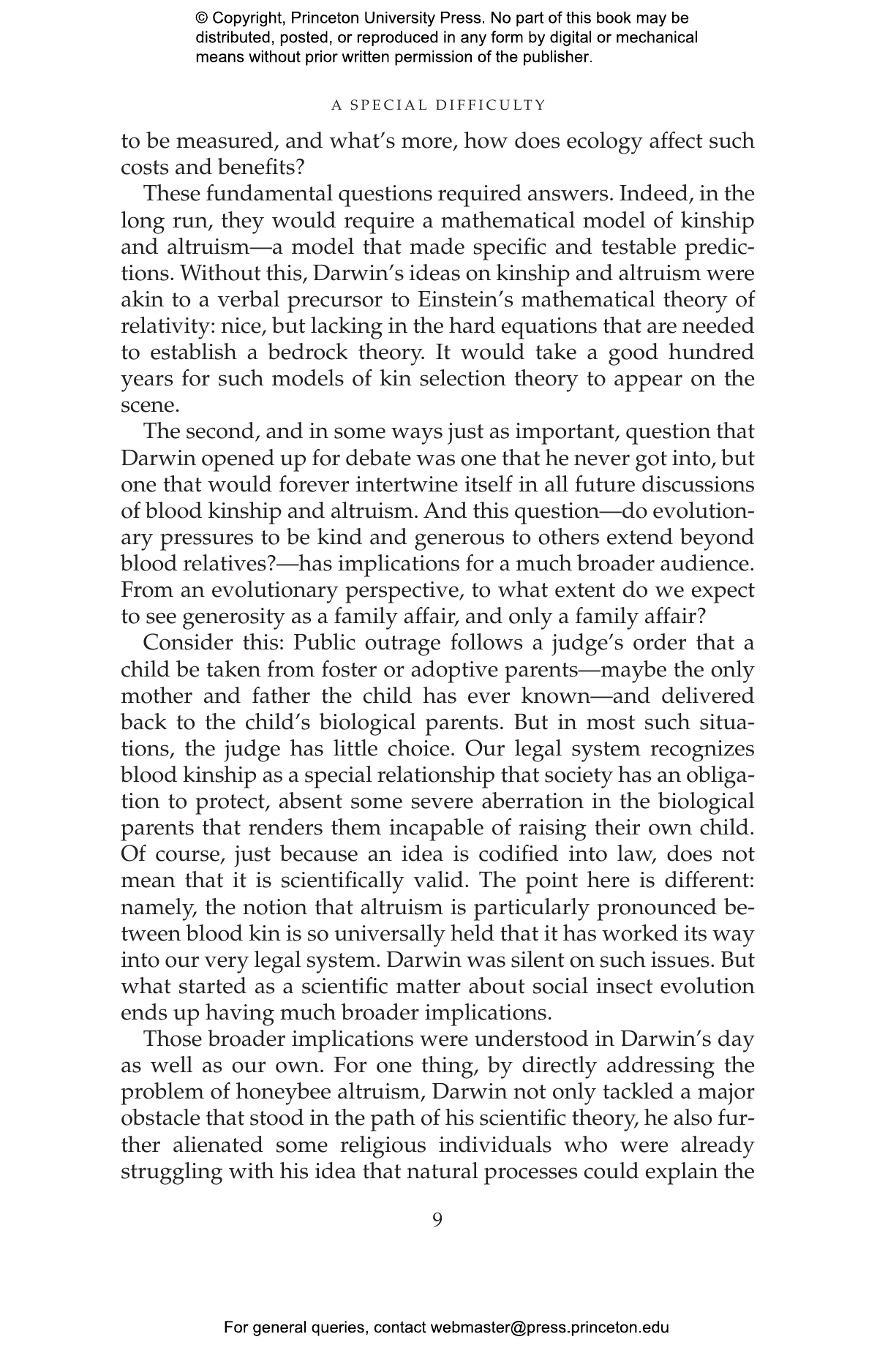 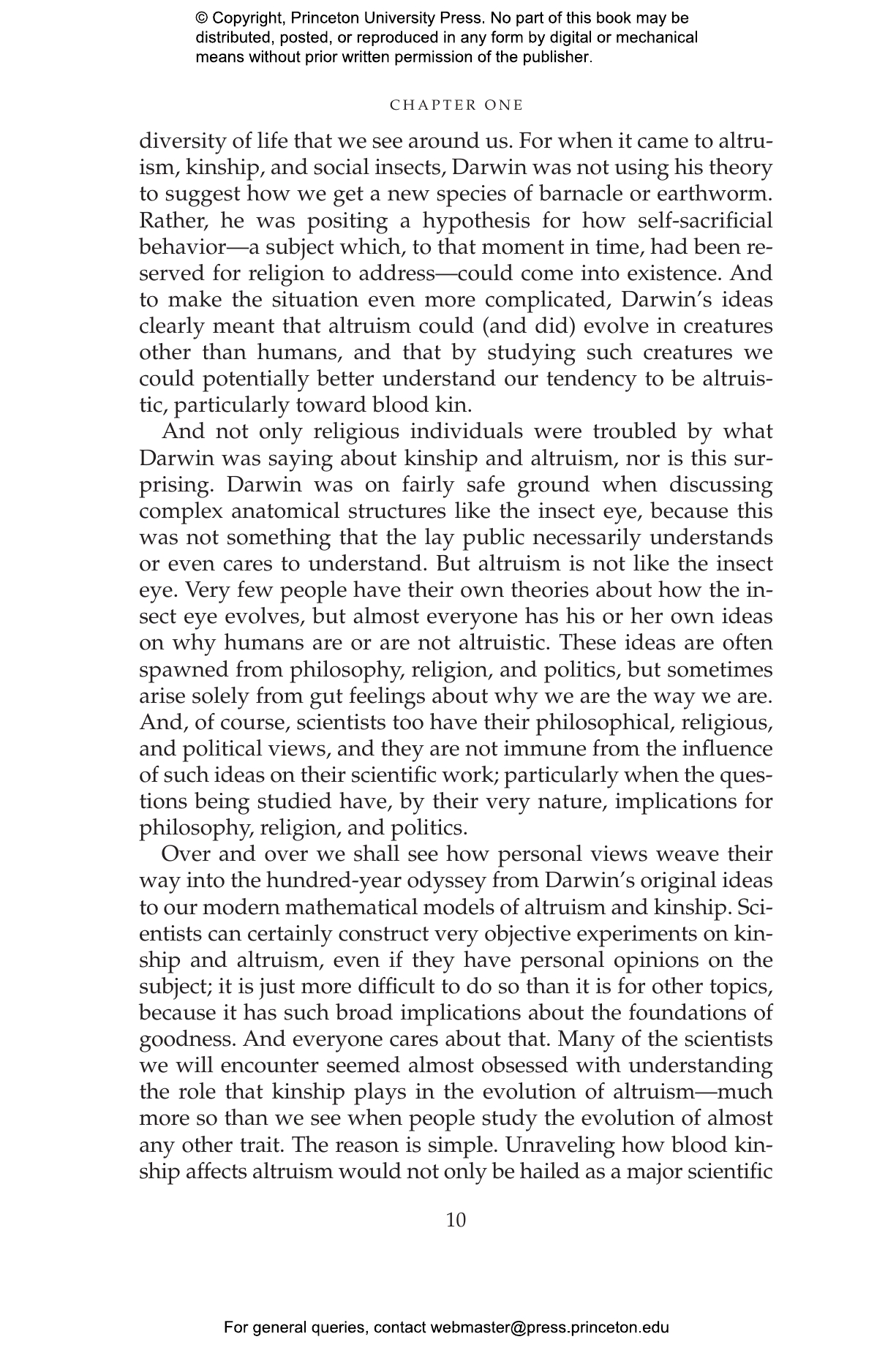 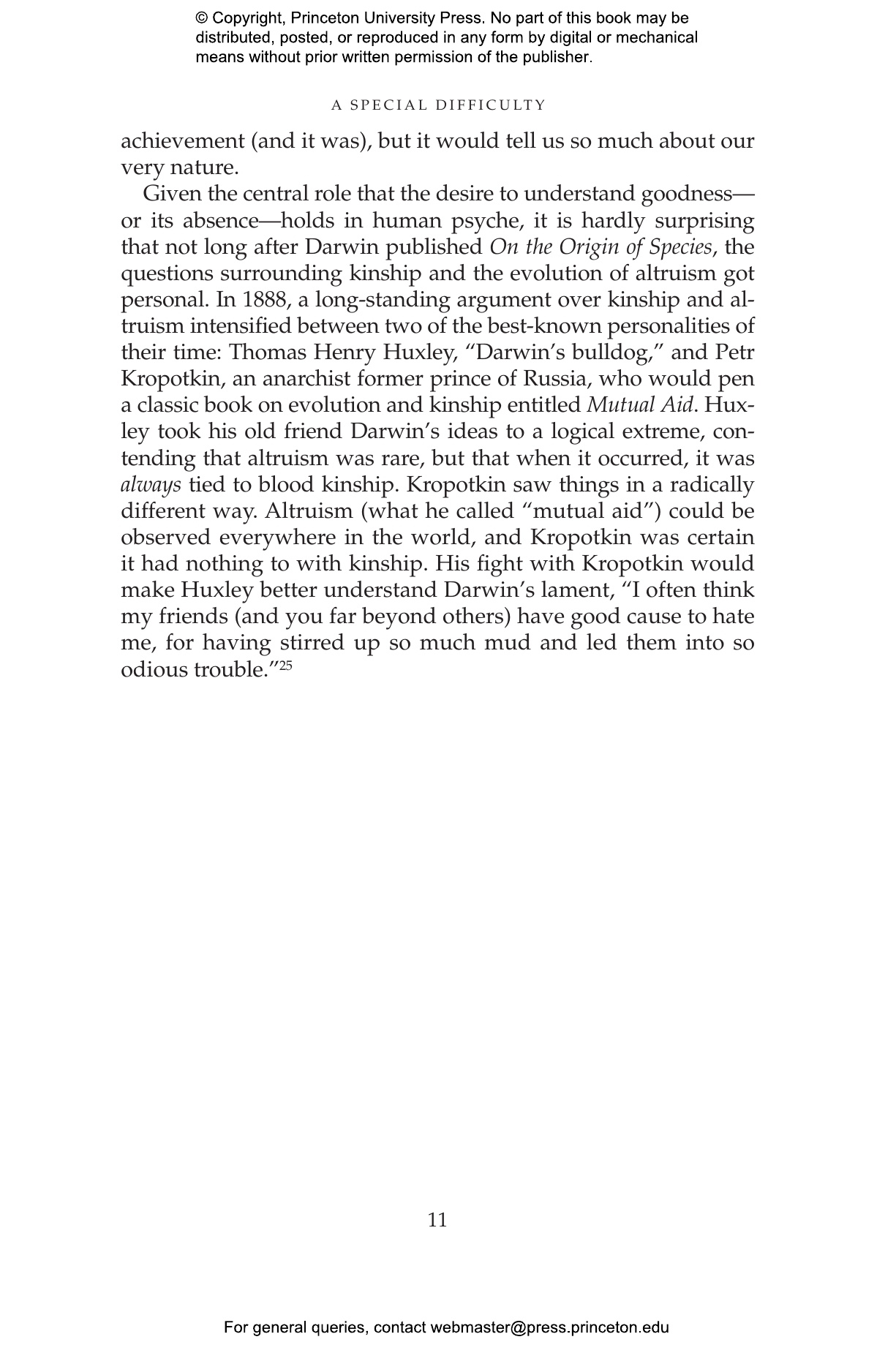 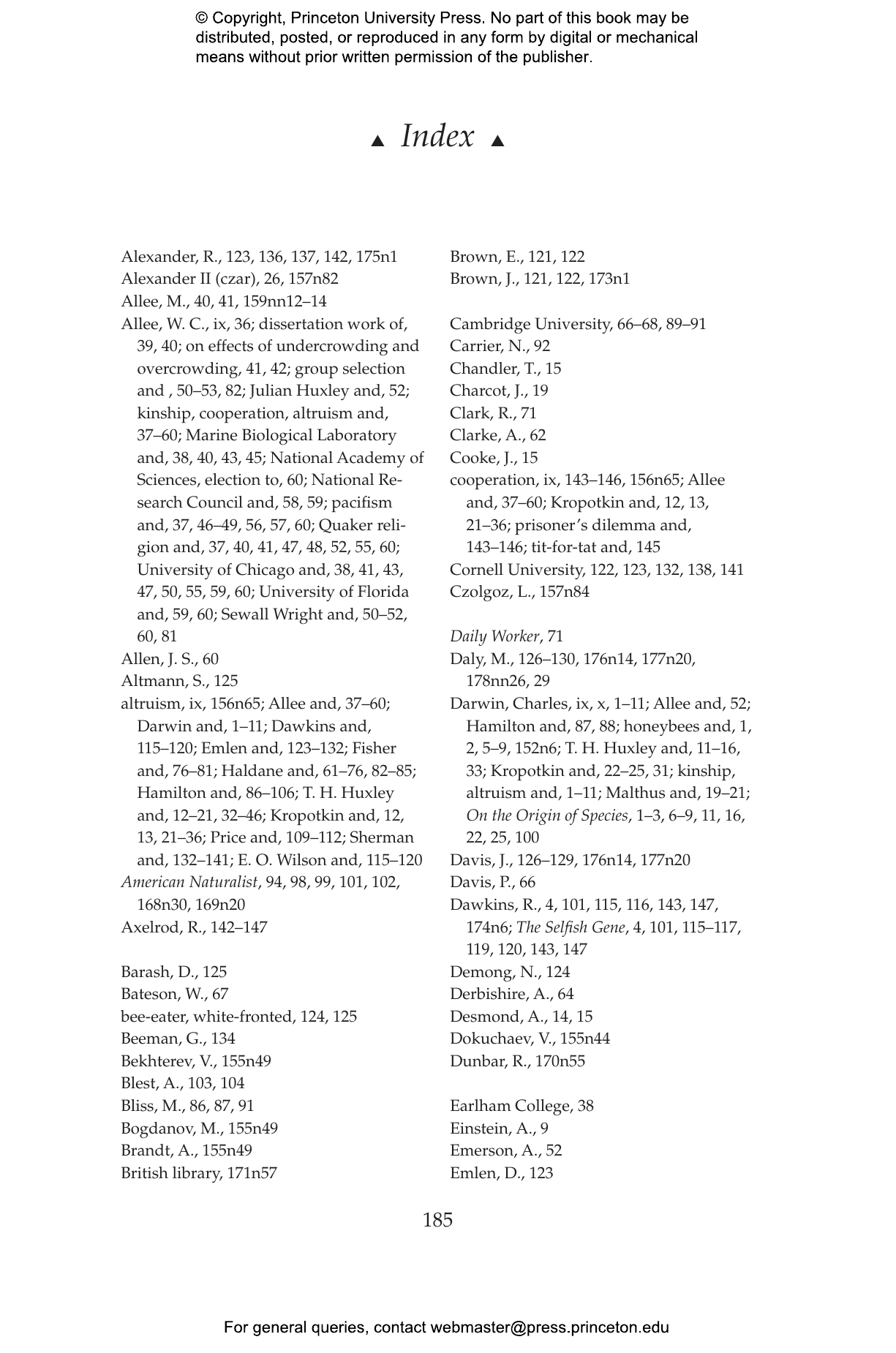 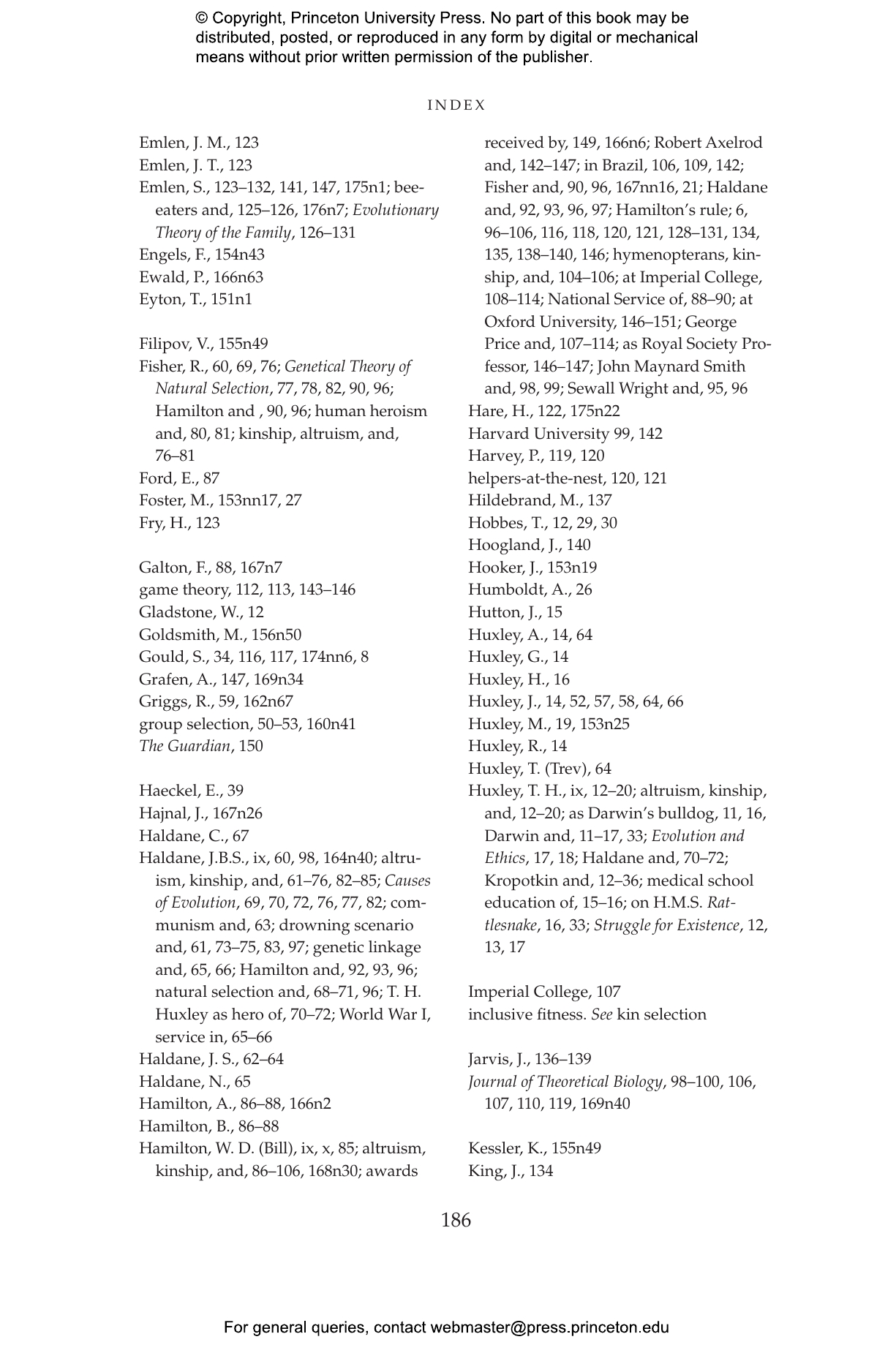 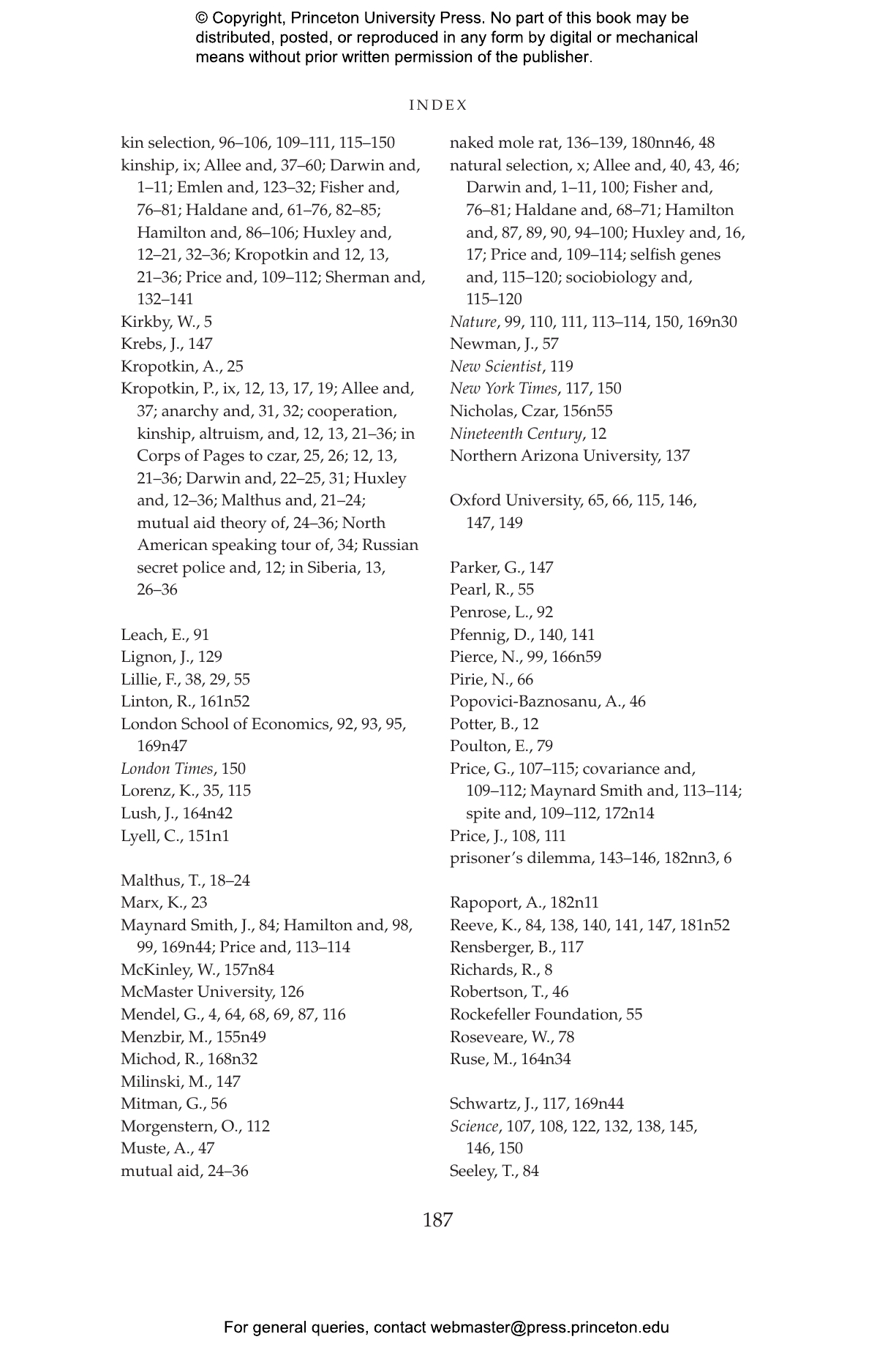 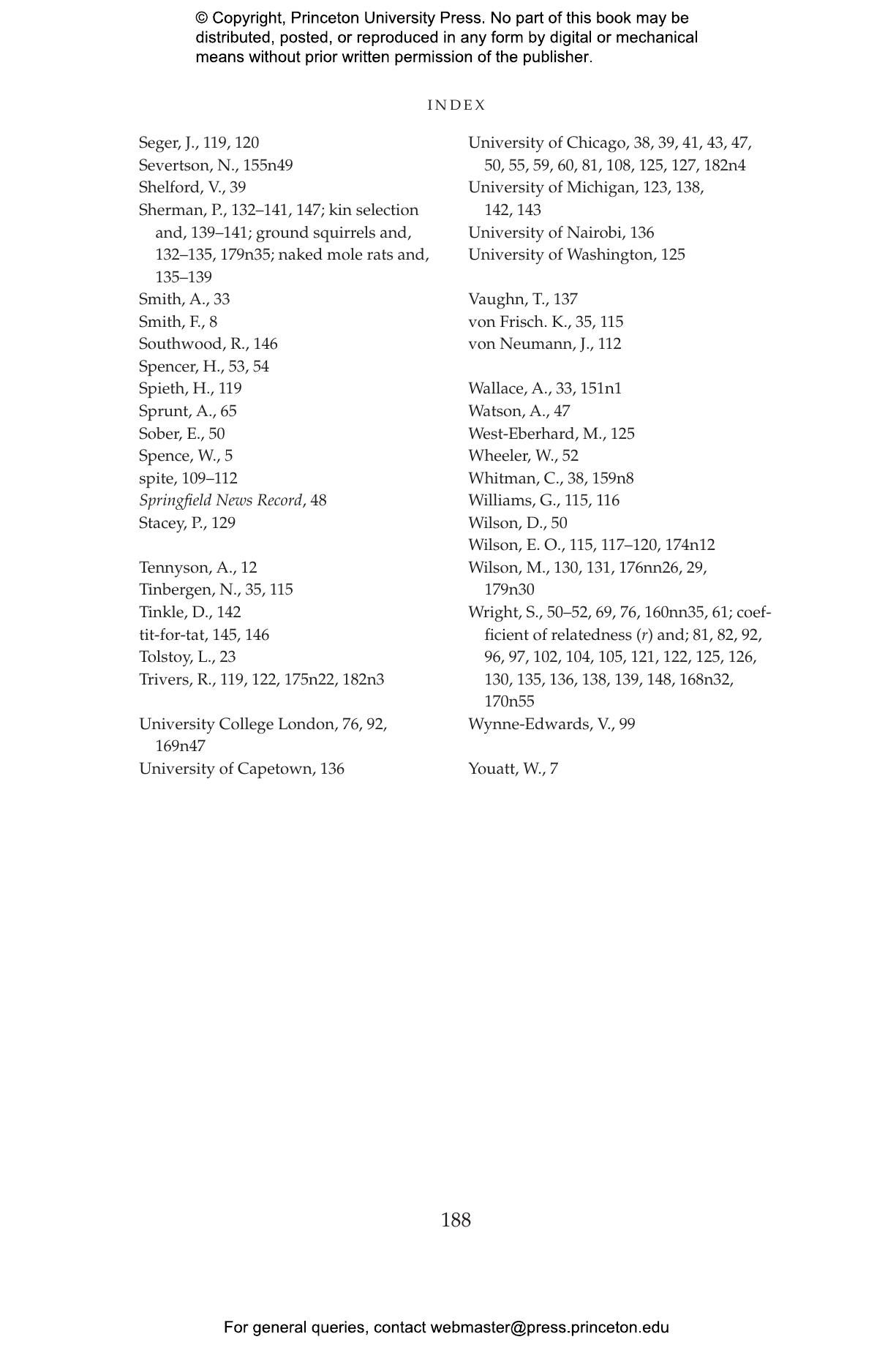 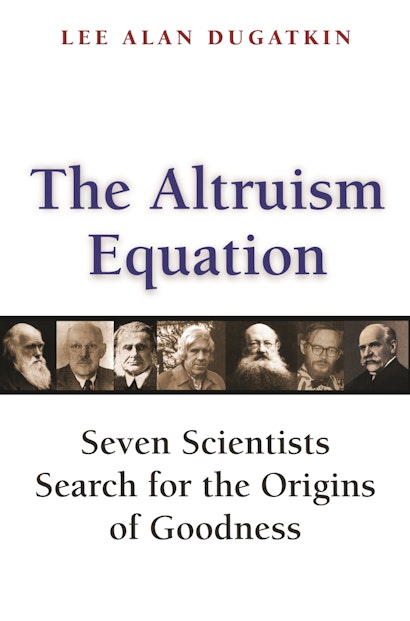 In a world supposedly governed by ruthless survival of the fittest, why do we see acts of goodness in both animals and humans? This problem plagued Charles Darwin in the 1850s as he developed his theory of evolution through natural selection. Indeed, Darwin worried that the goodness he observed in nature could be the Achilles heel of his theory. Ever since then, scientists and other thinkers have engaged in a fierce debate about the origins of goodness that has dragged politics, philosophy, and religion into what remains a major question for evolutionary biology.

The Altruism Equation traces the history of this debate from Darwin to the present through an extraordinary cast of characters-from the Russian prince Petr Kropotkin, who wanted to base society on altruism, to the brilliant biologist George Price, who fell into poverty and succumbed to suicide as he obsessed over the problem. In a final surprising turn, William Hamilton, the scientist who came up with the equation that reduced altruism to the cold language of natural selection, desperately hoped that his theory did not apply to humans.

Hamilton’s Rule, which states that relatives are worth helping in direct proportion to their blood relatedness, is as fundamental to evolutionary biology as Newton’s laws of motion are to physics. But even today, decades after its formulation, Hamilton’s Rule is still hotly debated among those who cannot accept that goodness can be explained by a simple mathematical formula. For the first time, Lee Alan Dugatkin brings to life the people, the issues, and the passions that have surrounded the altruism debate. Readers will be swept along by this fast-paced tale of history, biography, and scientific discovery.

Lee Alan Dugatkin is Professor of Biological Sciences at the University of Louisville. He is the author of many books, including the popular Cheating Monkeys and Citizen Bees: The Nature of Cooperation in Animals and Humans and Model Systems in Behavioral Ecology (Princeton).

"If evolution involves a competition for survival, then how can we explain altruism? Biologist Lee Dugatkin splendidly narrates a fast-paced tale of scientific breakthrough, genius and intellectual history as he examines the lives of seven scientists . . . whose groundbreaking work attempts to answer this question. . . . This superb tale of scientific discovery is required reading for everyone interested in the nature of human morality."—Publishers Weekly

"Exhilerating. . . . [This] is an engaging book with devoted enthusiasm for the ideas of the main protagonist, William Hamilton. . . . Dugatkin's . . . account offers much to think about."—Caroline Ash, Science

"Dugatkin's biographical sketches . . . are entertaining and insightful. . . . [T]here is little doubt that efforts to explain altruism and morality in formal scientific terms are heavily influenced by the cultures and personal histories of their proponents."—David Sloan Wilson, American Scientist

"Dugatkin tells the story . . . with clear prose and poise. In doing so he celebrates the internal consistencies of science and the beauty of clear thinking. Written for a general audience, this book provides vignettes featuring the lives of key thinkers, which foster an understanding of how the social context of the times influences the advance of scientific understanding."—Choice

"The Altruism Equation is very well written and extremely informative. Dugatkin's immense enthusiasm shines through every page. . . . Because the scientific concepts are explained so clearly, concisely and engagingly, newcomers to sociobiology will find The Altruism Equation an enlightening read. At the same time, it will be of interest to connoisseurs of the literature who wish to gain a panoramic view of the altruism debate. . . . The Altruism Equation is a splendid book."—David Livingstone Smith, Evolutionary Psychology

"This is a tale not only about the majesty of science, but also about the hubris of scientism. One of the greatest projects of modernity is to explain to the public where science does and does not matter, and altruism is a valuable example."—Oren Harman, The New Republic

"The Altruism Equation is a pleasure to read. Dugatkin's explanation of the relevant science is clear and comprehensible. He also blends the scientific views of these seven scientists with their personal and professional lives in a way that enhances our understanding of both."—David L. Hull, Isis

"This book could he an especially interesting read for recent generations, who may see themselves as standing on the shoulders of their intellectual predecessors. . . . The material is carefully researched and written, and problematic issues are few."—Daniel J. Kruger, Quarterly Review of Biology

"The Altruism Equation is very good popular scientific history. It provides the non-scientist with a digestible overview of a lengthy and sometimes complex development, and offers ample leads to pursue. Most importantly, it brings science to life by showing the personalities of scientists involved as well as the background beliefs which motivated their pursuits. For those interested in jumping into this area of inquiry, there is probably no better book with which to start."—Marc Baer. PhD, Metapsychology Online Reviews

"This wonderfully written book tells the history of a conceptual revolution in evolutionary biology that fundamentally changed the way scientists think about behavior. Although I do have a slightly different perspective here and there, I enthusiastically recommend this book to everyone who wants to understand the evolutionary roots of altruism and family. This fascinating book is a page-turner for scientists and lay persons alike."—Bert Hölldobler, author (with Edward O. Wilson) of the Pulitzer Prize-winning The Ants