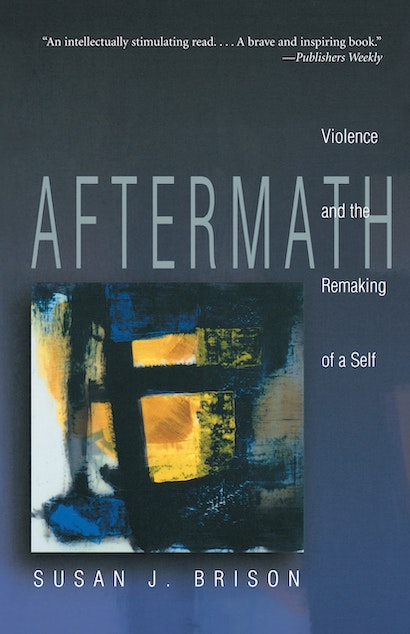 On July 4, 1990, while on a morning walk in southern France, Susan Brison was attacked from behind, severely beaten, sexually assaulted, strangled to unconsciousness, and left for dead. She survived, but her world was destroyed. Her training as a philosopher could not help her make sense of things, and many of her fundamental assumptions about the nature of the self and the world it inhabits were shattered.

At once a personal narrative of recovery and a philosophical exploration of trauma, this bravely and beautifully written book examines the undoing and remaking of a self in the aftermath of violence. It explores, from an interdisciplinary perspective, memory and truth, identity and self, autonomy and community. It offers imaginative access to the experience of a rape survivor as well as a reflective critique of a society in which women routinely fear and suffer sexual violence.

As Brison observes, trauma disrupts memory, severs past from present, and incapacitates the ability to envision a future. Yet the act of bearing witness, she argues, facilitates recovery by integrating the experience into the survivor’s life’s story. She also argues for the importance, as well as the hazards, of using first-person narratives in understanding not only trauma, but also larger philosophical questions about what we can know and how we should live.

Susan J. Brison is the Eunice and Julian Cohen Professor for the Study of Ethics and Human Values and Professor of Philosophy at Dartmouth College.

"An illuminating study. . . . Susan Brison charts the disintegration of identity that occurs after sexual violence, and the long and arduous journey back toward a new self. . . . Restrained, lucid, and elegant, Aftermath is a testament to endurance and, ultimately, to survival."—Jo Ann Beard, O, The Oprah Magazine

"An intellectually stimulating read. . . . Brison's reflections . . . will resonate with anyone who has experienced great pain and suffering, as well as with the people who love and care for them. . . . This is a brave and inspiring book . . . [which] goes far beyond typical memoirs of surviving dreadful circumstances."—Publishers Weekly

"Aftermath is an affecting and spirited record of how [Brison] managed, with great difficulty, to put [her life] back together, but in new and unexpected forms. . . . [It] works as the story of a life pulled back from the brink because, at its best, it exemplifies its own arguemnt for the lasting power of narrative."—Martin Levin, Toronto Globe and Mail

"A wise and extremely moving reflection on [individual trauma]."—Patricia J. Williams, The Nation

"Brison's personal narrative and research on surviving rape will attract broad readership, and the more philosophical reflections will attract those interested in a multidisciplinary look at how individuals and society cope with the threat and reality of violence. A courageous work on how society treats trauma victims and how trauma victims can reclaim the recovery process and their lives."—Booklist

"Brison's descriptions of the horrors of the first weeks after the assault are absorbing and perceptive. . . . [She] is no less engaging when she examines the literature of trauma, victimization and recovery. . . . [An] inspiring volume."—Mimi Wesson, Women's Review of Books

"How do you cope with the catastrophic calamity of sexual assault and near murder if you are a philosopher dedicated to rational discourse? Those are the questions posed by [author] Brison in a poignant account. . . . A moving diary of personal trauma and recovery."—Kirkus Reviews

"I think this is a great book—I use those words sparingly—deeply revealing and fundamentally pessimistic. It is more painful and far less sentimental than Anne Frank's diary."—Jonathan Mirsky, The Spectator

“There’s a power to firsthand experience, especially of something as brutal as a rape and attempted murder. There’s a very different power to philosophical inquiry into the meanings of violence. What makes Susan Brison’s book essential and gripping is that she is both philosopher and victim in this exploration, vividly recounting her experience and emotion while looking at the context and cultural values that illuminate the repercussions of such a horrific attack.”—Rebecca Solnit, author of Hope in the Dark

“This is one of the most important works of philosophy in the past twenty years.”—Linda Martín Alcoff, author of Rape and Resistance

"Susan Brison's Aftermath is a moving personal narrative of a harrowing experience. It is at the same time a thought-provoking philosophical reflection of broad interdisciplinary interest, particularly for the study of trauma and narrative. In both respects, it helps the reader to understand with greater insight and compassion the uneven, arduous movement from victim to survivor and agent in the aftermath of traumatic violence."—Dominick LaCapra, Cornell University, author of Writing History, Writing Trauma and History and Memory after Auschwitz

"In Aftermath, Susan Brison dares to cross personal experience with philosophy, proving her point that the only real way to make sense of trauma is to pay attention to, and respect, actual trauma experienced by actual people. This book is an act of personal and intellectual courage, allowing reason, at last, to triumph over tradition."—Helen Benedict, author of Virgin or Vamp: How the Press Covers Sex Crimes and Recovery: How to Survive Sexual Assault

"In this wonderfully illuminating book, Susan Brison demonstrates that, in the right hands, the personal is . . . philosophical. Brison's narrative art shows how violence can damage a self and reveals much about the social goods required for moral personhood."—Jonathan Shay, M.D., Ph.D., author of Achilles in Vietnam: Combat Trauma and the Undoing of Character and Odysseus in America

"By facing what follows from traumatic abuse without blinking, by refusing to forget that the world can never be as it was, Susan Brison's shatteringly insightful Aftermath reconstructs philosophy as she reinvents survival."—Catharine A. MacKinnon, author of Butterfly Politics: Changing the World for Women

"This book is well written, widely accessible, and vastly important for many, many people in and outside philosophy. It is also a book that will contribute to a much-needed transformation of philosophy itself. The author's narrative is gripping, admirably direct, concise, and never self-indulgent. As tricky as it is to take yourself as a 'cas'' to probe the notion of self in philosophy, the author's success in doing so is total. The outcome is a unique and founding work that deserves to be made available quickly and put at the disposal of a very large public."—Mieke Bal, University of Amsterdam

"Aftermath gave me hours of good reading and thinking. Clearly and beautifully written, it crosses disciplinary boundaries and will make an important contribution to feminist thinking, moral philosophy, and the literature on trauma. Any serious reader could be moved and provoked by it."—Sara Ruddick, author of Maternal Thinking: Toward a Politics of Peace

"A triumph of beauty and understanding in the face of unspeakable horror."—Andrea Ashworth, author of Once in a House on Fire