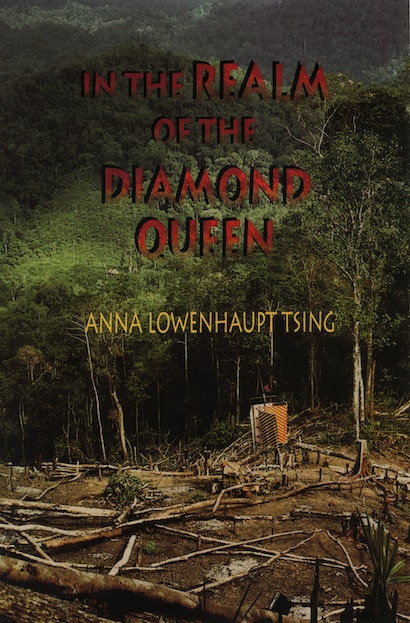 In this highly original and much-anticipated ethnography, Anna Tsing challenges not only anthropologists and feminists but all those who study culture to reconsider some of their dearest assumptions. By choosing to locate her study among Meratus Dayaks, a marginal and marginalized group in the deep rainforest of South Kalimantan, Indonesia, Tsing deliberately sets into motion the familiar and stubborn urban fantasies of self and other. Unusual encounters with her remarkably creative and unconventional Meratus friends and teachers, however, provide the opportunity to rethink notions of tradition, community, culture, power, and gender — and the doing of anthropology. Tsing’s masterful weaving of ethnography and theory, as well as her humor and lucidity, allow for an extraordinary reading experience for students, scholars, and anyone interested in the complexities of culture.

Engaging Meratus in wider conversations involving Indonesian bureaucrats, family planners, experts in international development, Javanese soldiers, American and French feminists, Asian-Americans, right-to-life advocates, and Western intellectuals, Tsing looks not for consensus and coherence in Meratus culture but rather allows individual Meratus men and women to return our gaze. Bearing the fruit from the lively contemporary conversations between anthropology and cultural studies, In the Realm of the Diamond Queen will prove to be a model for thinking and writing about gender, power, and the politics of identity.

Anna Lowenhaupt Tsing is Assistant Professor of Anthropology at University of California, Santa Cruz. She is coeditor, with Faye Ginsburg, of Uncertain Terms: Negotiating Gender in American Culture (Beacon).

"A loosely organized group of mountain people in southeastern Kalimantan ... [is the topic of Tsing's fieldwork in what is] perhaps the most detailed and certainly the most self-conscious examination of marginalization yet to appear."—New York Review of Books

"This is a book that is as rich in human warmth as it is technically innovative."—Amitav Ghosh