When revolutions happen, they change the rules of everyday life — both the codified rules concerning the social and legal classifications of citizens and the unwritten rules about how individuals present themselves to others. This occurred in Russia after the Bolshevik Revolution of 1917, which laid the foundations of the Soviet state, and again in 1991, when that state collapsed. Tear Off the Masks! is about the remaking of identities in these times of upheaval. Sheila Fitzpatrick here brings together in a single volume years of distinguished work on how individuals literally constructed their autobiographies, defended them under challenge, attempted to edit the “file-selves” created by bureaucratic identity documentation, and denounced others for “masking” their true social identities.


Marxist class-identity labels — “worker,” “peasant,” “intelligentsia,” “bourgeois” — were of crucial importance to the Soviet state in the 1920s and 1930s, but it turned out that the determination of a person’s class was much more complicated than anyone expected. This in turn left considerable scope for individual creativity and manipulation. Outright imposters, both criminal and political, also make their appearance in this book. The final chapter describes how, after decades of struggle to construct good Soviet socialist personae, Russians had to struggle to make themselves fit for the new, post-Soviet world in the 1990s — by “de-Sovietizing” themselves.


Engaging in style and replete with colorful detail and characters drawn from a wealth of sources, Tear Off the Masks! offers unique insight into the elusive forms of self-presentation, masking, and unmasking that made up Soviet citizenship and continue to resonate in the post-Soviet world.

Sheila Fitzpatrick is Bernadotte E. Schmitt Distinguished Service Professor at the University of Chicago and coeditor of The Journal of Modern History. Her books include Everyday Stalinism: Ordinary Life in Extraordinary Times; Stalin's Peasants: Resistance and Survival in the Russian Village after Collectivization; Accusatory Practices: Denunciation in Modern European History, 1789-1989, coedited with Robert Gellately; and In the Shadow of Revolution: Life Stories of Russian Women from 1917 to the Second World War (Princeton), coedited with Yuri Slezkine. 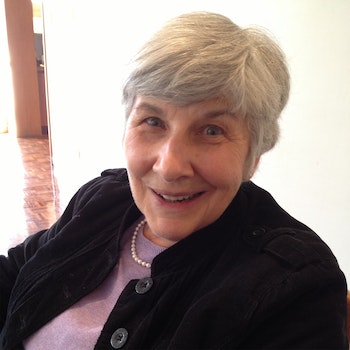 "Sheila Fitzpatrick's work has defined social history of the Soviet period: it is the reference against which others are measured and to which they react."—J. Arch Getty, Slavic Review

"What makes Tear off the Masks! so appealing and why the pieces work so well together is that they cover a broad range of experiences associated with what it meant to be a Soviet citizen. Certainly, it will be a boon to the field to have the book available for courses. Tear off the Masks! is so appealingly written, full of wit and occasional humor, that it could serve as a model of the historian's craft. What we get is a phenomenal, nearly unparalleled depth of research combined with a transparency about research methods that invites the reader into this particular(ly skilled) historian's laboratory."—Lewis Siegelbaum, Michigan State University, author of Stalinism as a Way of Life

"Tear off the Masks! will be indispensable to students of Soviet history and valuable to scholars as well. Not only does it make available to the reader pioneering writings on important subjects such as defining class in the Soviet era and the institutional operations of Soviet patronage, alongside new work, but it is held together by focus on one important theme: 'the pragmatics of Soviet identity,' as it might be called. Fitzpatrick gives a vivid, sympathetic, and often entertaining picture of Soviet citizens surviving (barely) the class war (or, conversely, clawing their way up the ladder when circumstances allowed), and engaged in battles for existence of a different kind in the 1930s and 1940s."—Catriona Kelly, University of Oxford, author of Refining Russia