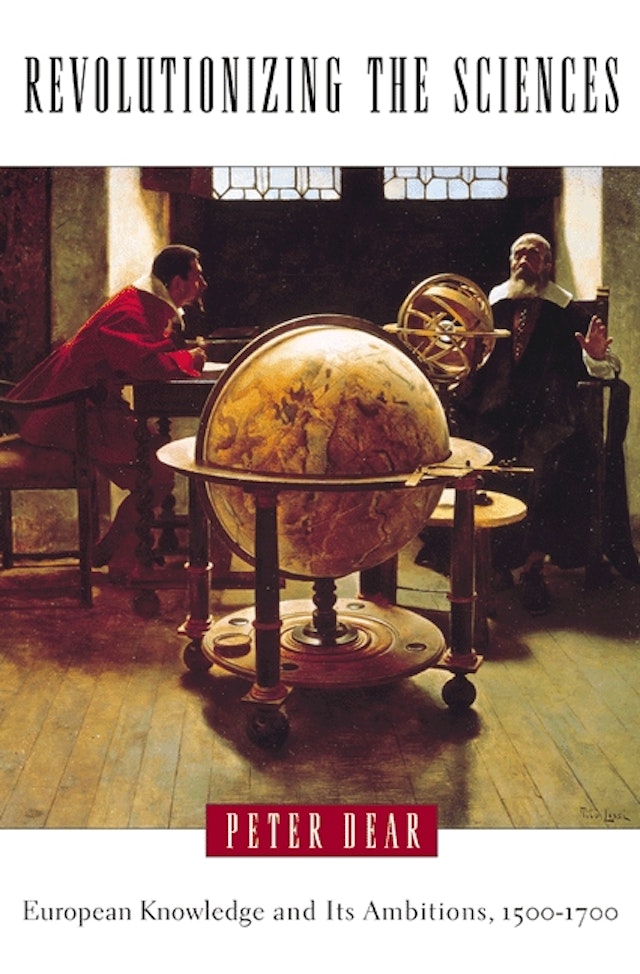 From Copernicus, who put the earth in orbit around the sun, to Isaac Newton, who gave the world universal gravitation, the Scientific Revolution of the sixteenth and seventeenth centuries transformed the way that Europeans understood their world. In this book, Peter Dear offers an accessible introduction to the origins of modern science for both students and general readers.

Beginning with “what was worth knowing in 1500,” Dear takes the reader through natural philosophy, humanism, mathematics, and experimentalism until he can describe “what was worth knowing by the eighteenth century.” Along the way, he discusses the key ideas, individuals, and social changes that constituted the Scientific Revolution.

For all of its economy and broad appeal, Revolutionizing the Sciences never sacrifices sophistication of treatment. Dear questions triumphal ideas of scientific progress, unravels the connections between scientific knowledge and power over nature, and distinguishes between the scientific renaissance that characterized the sixteenth century and the more fundamental revolution that occurred in the seventeenth.

This is an ideal textbook on the Scientific Revolution for courses on the history of science or the history of early modern Europe. The text is chronologically arranged and fully covers both the sixteenth and seventeenth centuries, standing alone as an up-to-date, complete general introduction to the origins of modern science in Europe.

Revolutionizing the Sciences is the best available choice for teaching or learning about the developments that came to be called the Scientific Revolution.

Peter Dear is Professor of History and of Science and Technology Studies at Cornell University. He is the author of Mersenne and the Learning of the Schools and Discipline and Experience: The Mathematical Way in the Scientific Revolution, which received the Ludwik Fleck Award from the Society for Social Studies of Science. He is the editor of The Scientific Enterprise in Early Modern Europe and The Literary Structure of Scientific Argument: Historical Studies.

"It is a pleasure to have someone with Peter Dear's knowledge and ability take on the problem of the textbook. Dear includes both the sixteenth and seventeenth centuries in his survey and gives the reader a clear and informative account of some of the basic philosophical issues in natural philosophy. His chapters are economically written and well designed to cover broad and important issues. Dear's work addresses a lacuna by providing a chronologically organized introduction to the context and events of the scientific revolution."—Paula Findlen, Stanford University

"This is an entirely excellent work and it will make an important contribution to our understanding of the development of early modern science."—John Henry, University of Edinburgh

"It is lucid, well written and shows a thorough command of the subject matter. The author succeeds admirably in making complex ideas intelligible and interesting for readers and employs effective examples to illustrate the changing nature of scientific thought."—Marisa Linton, Kingston University