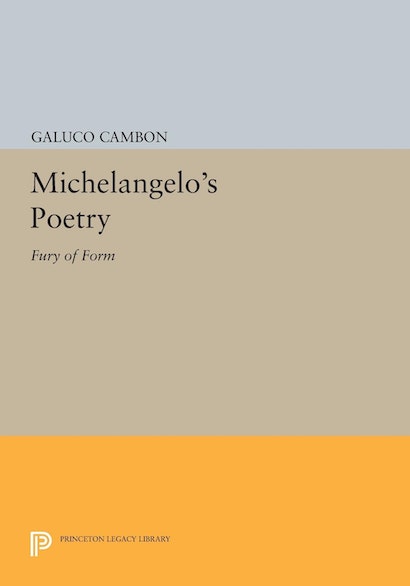 Glauco Cambon asserts the independent significance of Michelangelo’s poetry vis-a-vis his overwhelming contribution to the visual arts, while also investigating the formal and thematic relations of his writing to his sculpture and paintings.