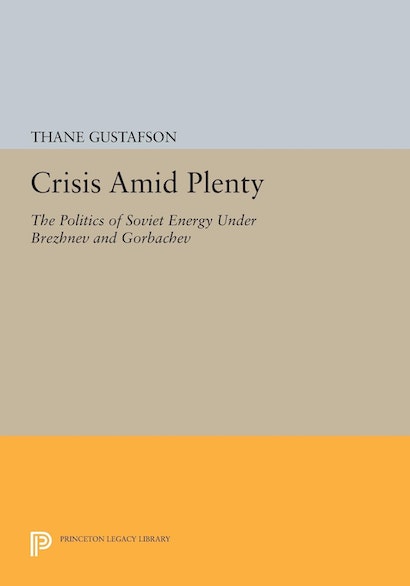 Although the Soviet Union has the most abundant energy reserves of any country, energy policy has been the single most disruptive factor in its industry since the mid-1970s. This major case study treats the paradox of the energy crisis as an essential part of larger economic problems of the Soviet Union and as a key issue in determining the fate of the Gorbachev reforms.

"Crisis amid Plenty is a well-crafted scholarly study. Although the focus is on the petroleum industry, this book offers a valuable window through which to view recent economic change in the Soviet Union. The energy analyst and anyone with a serious interest in Soviet economic decision making will benefit from studying this book."—Russell Mellett, Canadian Business Review

"This book...provides an instructive example of how difficult it is to achieve efficient allocation when the system is driven by political policy. [Crisis amid Plenty] should interest Soviet specialists, in both universities and government, and prove instructive for students of the Soviet economic system, graduate or undergraduate."—Choice