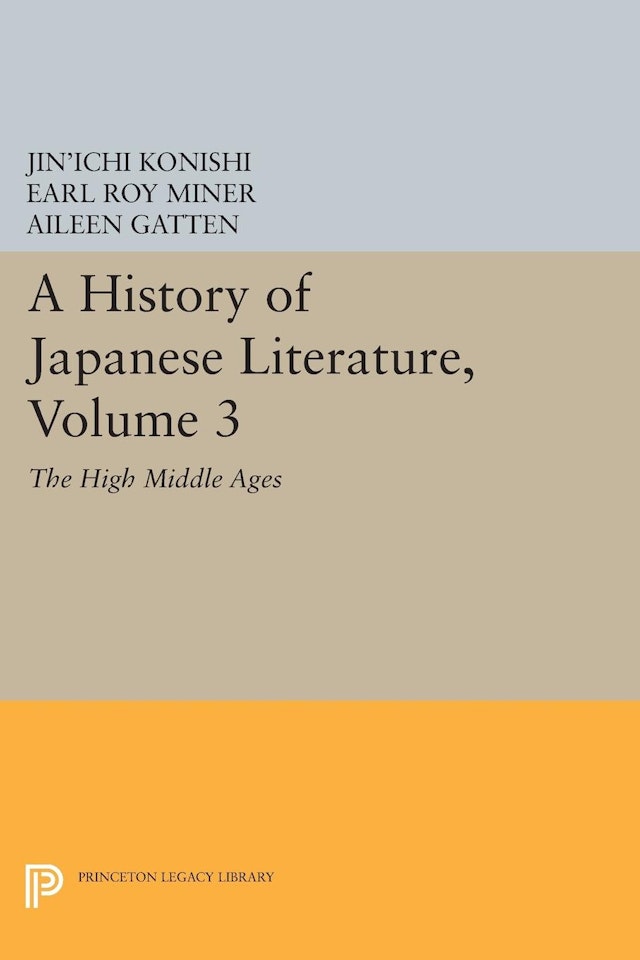 In this third of five volumes tracing the history of Japanese literature through Mishima Yukio, Jin’ichi Konishi portrays the high medieval period. Here he continues to examine the influence of Chinese literature on Japanese writers, addressing in particular reactions to Sung ideas, Zen Buddhism, and the ideal of literary vocation, michi. This volume focuses on three areas in which Konishi has long made distinctive contributions: court poetry (waka), featuring twelfth-and thirteenth-century works, especially those of Fujiwara Teika (1162-1241); standard linked poetry (renga), from its inception to its full harvest in the work of Sogi (1421-1502); and the theatrical form noh, including the work of Zeami (ca. 1365-1443) and Komparu Zenchiku (1405-?). The author also considers prose narrative and popular song.