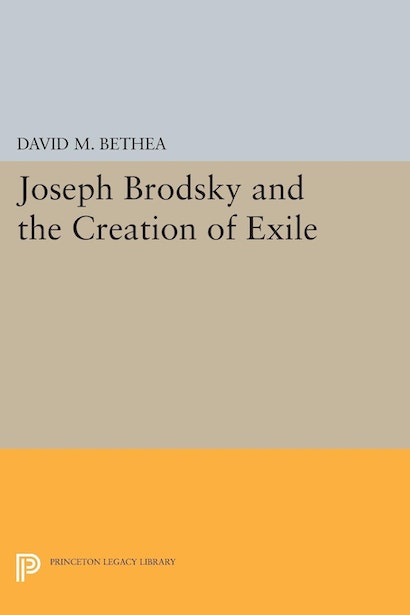 Joseph Brodsky, one of the most prominent contemporary American poets, is also among the finest living poets in the Russian language. Nevertheless, his poetry and the crucial bilingual dimension of his poetic world are still insufficiently understood by Western audiences. How did the Russian-born Brodsky arrive at his present status as an international man of letters and American poet laureate? Has he been created by his bilingual experience, or has he fashioned the bilingual self as a necessary precondition for writing poetry in the first place? Here David Bethea suggests that the key to Brodsky, perhaps the last of the great Russian poets in the “bardic” mode, is in his relation to others, or the Other.

Brodsky’s master trope turns out to be “triangular vision,” the tendency to mediate a prior model (Dante) with a closer model (Mandelstam) in the creation of a palimpsest-like text in which the poet is implicated as a triangulated hybrid of these earlier incarnations. In pursuing this theme, Bethea compares and contrasts Brodsky to the poet’s favorite models — Donne, Auden, Mandelstam, and Tsvetaeva — and analyzes his fundamental differences with Nabokov, the only Russian exile of Brodsky’s stature to rival him as a bilingual phenomenon. Various critical paradigms are used throughout the study as foils to Brodsky’s thinking.

"A sympathetic, inward account of its subject, showing the grandeur, yet modesty, of Brodsky's stance, and finnishing with a suggestive afterword on the future for a bardic veiw of poetry and an umpoetic world . . . [Bethea] does justice to a phenomenally giffted writer who is one of the voices most worth listening to as our millennium slips away."—Times Literary Supplement

"Bethea's book is nothing less than brilliant. It is dazzling in its insights, scope, and methods. In the process of contextualizing Brodsky, and not at all as an afterthought, Bethea also addresses major issues of literary biography, literary history, and literary theory."—Vladimir E. Alexandrov, Yale University