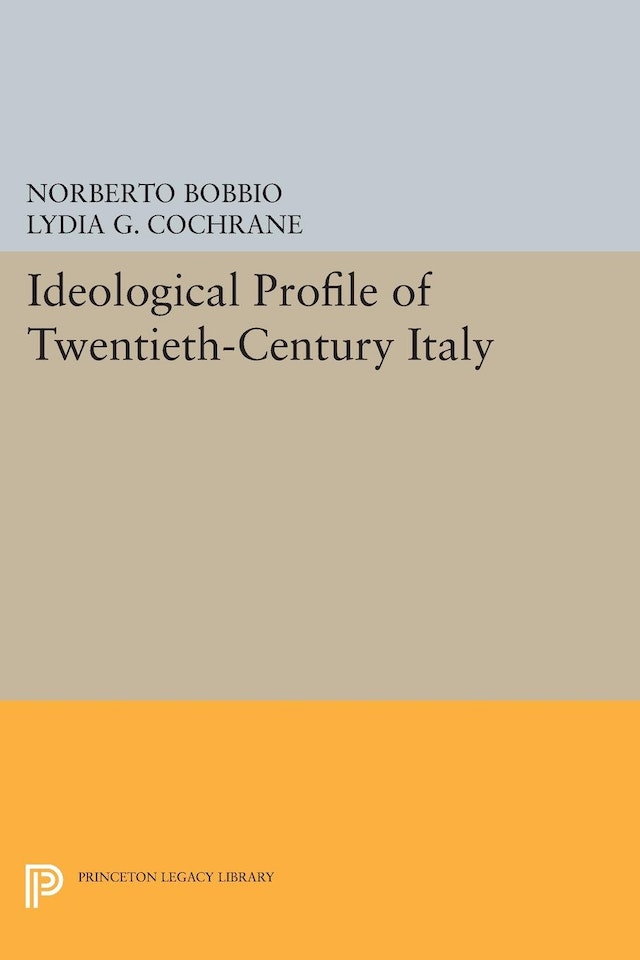 Anyone interested in the entire sweep of political thought over the last hundred years will find in Norberto Bobbio’s Ideological Profile of Twentieth-Century Italy a masterful, thought-provoking guide. Home to the largest communist party in a democratic society, Italy has been a unique place politically, one where Christian democrats, liberals, fascists, socialists, communists, and others have co-existed in sizable numbers. In this book, Bobbio, who himself played an outstanding role in the development of Italian civic culture, follows each of the major ideologies, explaining how they developed, describing the key actors, and considering the legacies they left to political culture. He wrote Ideological Profile in 1968 to explain from a personal perspective the history behind that decade’s tumultuous politics. Bobbio’s defense of democracy and critique of capitalism are among the themes that will particularly interest American readers of this updated edition, the first to appear in English.

Beginning in the late nineteenth century with positivism and Marxism, Bobbio next presents the ideological currents that developed before the outbreak of the First World War: Catholic, socialist, irrational and anti-democratic thought, the reaction against positivism, and the thinking of Benedetto Croce. After discussing the impact of the war, the author turns to the revolutionary-reactionary polarization of the postwar period and the ideology of fascism. The final chapters consider Croce’s opposition to fascism and the ideals of the resistance and conclude with the post-Second World War “Years of Involvement.”

"Noberto Bobbio's survey of intellectual traditions in Italy throughout this century is a welcome and timely contribution to Italian historiography. As a guide to the currents of thought, debates and publications that have both informed and disparaged Italy's democratic development this volume is indispensable."—Western European Politics