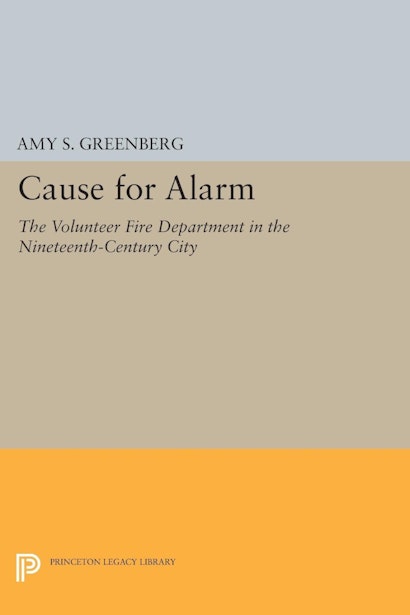 Though central to the social, political, and cultural life of the nineteenth-century city, the urban volunteer fire department has nevertheless been largely ignored by historians. Redressing this neglect, Amy Greenberg reveals the meaning of this central institution by comparing the fire departments of Baltimore, St. Louis, and San Francisco from the late eighteenth to the mid-nineteenth century. Volunteer fire companies protected highly flammable cities from fire and provided many men with friendship, brotherhood, and a way to prove their civic virtue. While other scholars have claimed that fire companies were primarily working class, Greenberg shows that they were actually mixed social groups: merchants and working men, immigrants and native-born — all found a common identity as firemen. Cause for Alarm presents a new vision of urban culture, one defined not by class but by gender. Volunteer firefighting united men in a shared masculine celebration of strength and bravery, skill and appearance. In an otherwise alienating environment, fire companies provided men from all walks of life with status, community, and an outlet for competition, which sometimes even led to elaborate brawls.

While this culture was fully respected in the early nineteenth century, changing social norms eventually demonized the firemen’s vision of masculinity. Greenberg assesses the legitimacy of accusations of violence and political corruption against the firemen in each city, and places the municipalization of firefighting in the context of urban social change, new ideals of citizenship, the rapid spread of fire insurance, and new firefighting technologies.