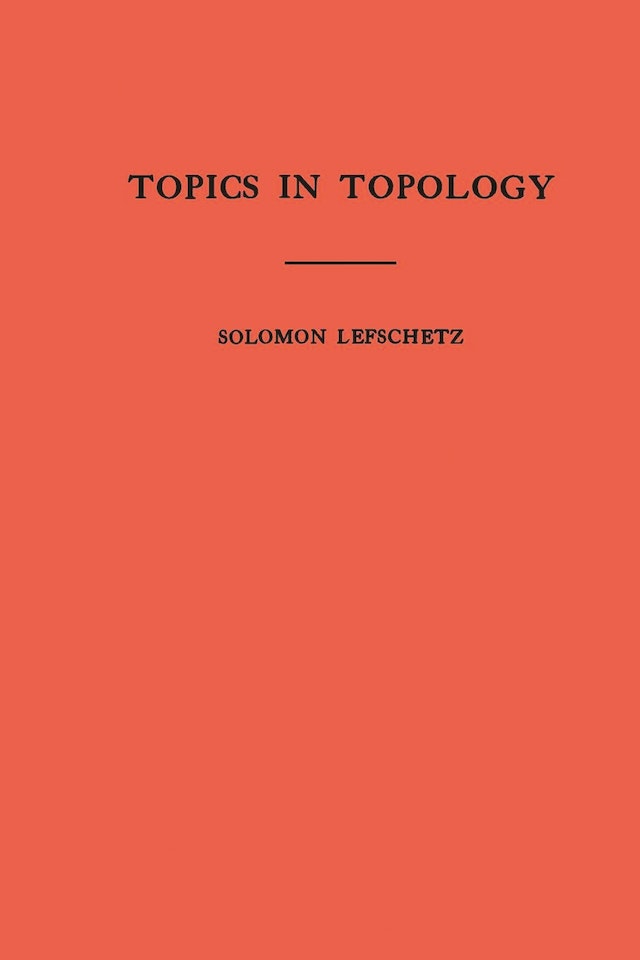 Solomon Lefschetz pioneered the field of topology — the study of the properties of many�sided figures and their ability to deform, twist, and stretch without changing their shape. According to Lefschetz, “If it’s just turning the crank, it’s algebra, but if it’s got an idea in it, it’s topology.” The very word topology comes from the title of an earlier Lefschetz monograph published in 1920. In Topics in Topology Lefschetz developed a more in-depth introduction to the field, providing authoritative explanations of what would today be considered the basic tools of algebraic topology.


Lefschetz moved to the United States from France in 1905 at the age of twenty-one to find employment opportunities not available to him as a Jew in France. He worked at Westinghouse Electric Company in Pittsburgh and there suffered a horrible laboratory accident, losing both hands and forearms. He continued to work for Westinghouse, teaching mathematics, and went on to earn a Ph.D. and to pursue an academic career in mathematics. When he joined the mathematics faculty at Princeton University, he became one of its first Jewish faculty members in any discipline. He was immensely popular, and his memory continues to elicit admiring anecdotes. Editor of Princeton University Press’s Annals of Mathematics from 1928 to 1958, Lefschetz built it into a world-class scholarly journal. He published another book, Lectures on Differential Equations, with Princeton in 1946.