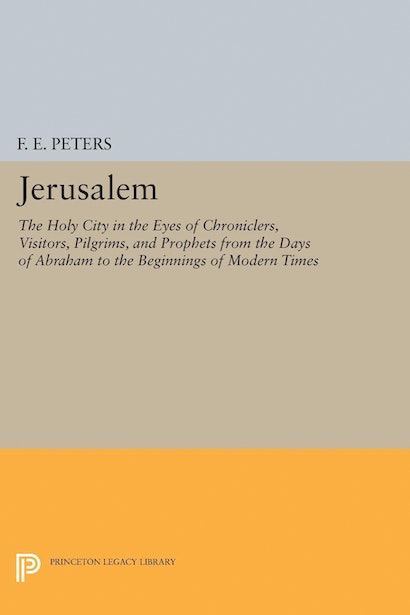 This remarkable portrayal of Jerusalem has become a favorite of many readers interested in this city’s dramatic past. Through a collection of firsthand accounts, we see Jerusalem as it appeared through the centuries to a fascinating variety of observers — Jews, Christians, Muslims, and secularists, from pilgrim to warrior to merchant. F. E. Peters skillfully unites these moving eyewitness statements in an immensely readable narrative commentary.

"A worthy tribute to a city that very few people can visit, or can ever have visited for hundreds or thousands of years past, without profound excitement and emotional turmoil."—Michael Grant, The New York Times Book Review

"This book is full of interest and value for all who love the Holy City. Between the covers of no other single book about Jerusalem is this wealth of material to be found."—Ronald Brownrigg, The Middle East Journal