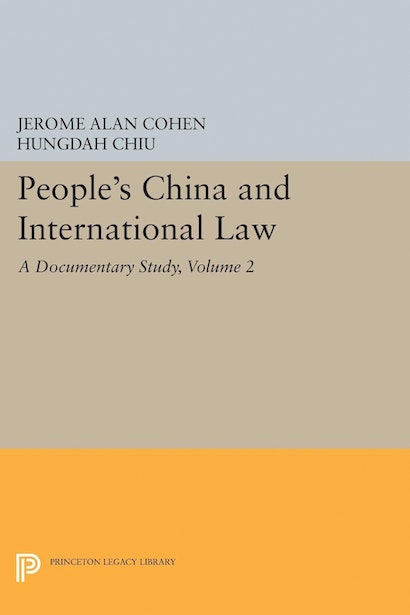 In the second of two volumes Jerome Alan Cohen and Hungdah Chiu have presented in a comprehensive form the views of the People’s Republic of China on all the major questions of public international law. The material chosen includes official acts and statements from every level of the Chinese government, editorials and major articles from the People’s Daily, dispatches of the New China News Agency and other government media, the writings of Chinese scholars, and the speeches of China’s leaders. In an extensive introduction, Professors Cohen and Chiu discuss the experience of previous Chinese governments with international law, and the relationship of China’s domestic public order and its foreign policy to its views of international law.