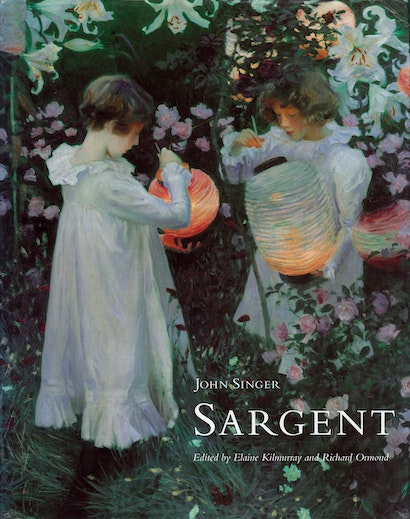 The remarkable portraits for which John Singer Sargent is most famous are only one aspect of a career that included landscapes, watercolors, figure subjects, and murals. Even within portraiture, his style ranged from bold experiments to studied formality. And the subjects of his paintings were as varied as his styles, including the leaders of fashionable society, rural laborers, city streets, remote mountains, and the front lines of World War I. This beautiful book surveys and evaluates the extraordinary range of Sargent’s work, and reproduces 150 of his paintings in color. It accompanies a spectacular international exhibition — the first major retrospective of the artist’s career since the memorial exhibitions that followed his death.


Sargent (1856-1925) was a genuinely international figure. Born of American parents, he grew up in Europe and forged his early reputation in Paris. Later, he established himself in England and the United States as the leading portraitist of the day, and traveled widely in North Africa and the Middle East. Contributors to this book assess Sargent’s career in three essays. Richard Ormond presents a biographical sketch and, in a second essay, reviews Sargent’s development as an artist. Mary Crawford Volk explores his thirty-year involvement with painting murals — in particular the works at the Boston Public Library and the Boston Museum of Fine Arts that Sargent regarded as his greatest achievement.


The book arranges Sargent’s paintings into sections that reflect every phase and aspect of his career. We encounter, for example, such famous early works as Oyster Gatherers of Cancale, Sargent’s robust and brilliantly lit scene of fishing life in Brittany. We see many of his greatest American and English portraits, including his daringly posed portrait of Bostonian Isabella Stewart Gardner and his audacious painting of Lady Agnew of Lochnaw, which caused a sensation in London in 1893. The book also includes important late works such as Gassed, his monumental painting of soldiers blinded by mustard gas on the western front, and many of his ambitious murals in Boston.

Sargent is a visually stunning, beautifully written, and perceptive work on one of the most important and admired artists of the nineteenth and twentieth centuries.

Elaine Kilmurray is an art historian and co-selector of the exhibition with Richard Ormond, Director of the National Maritime Museum in Greenwich, England and a great-nephew of Sargent. Mary Crawford Volk is an independent scholar. Contributors Erica Hirshler, Carol Troyen, and Theodore Stebbins are curators at the Museum of Fine Arts, Boston.

"This lavish production boasts detailed commentary . . . covering all phases of the artist's career, from his early landscapes to his famous portraits . . . to his late images of the ravages wrought by advancing technology and WWI."—Publishers Weekly

"Admirers of Sargent will welcome John Singer Sargent and read it with the same relish and thoroughness that went into its writing. It is an intellectual and visual feast."—Gary Michael, The Bloomsbury Review