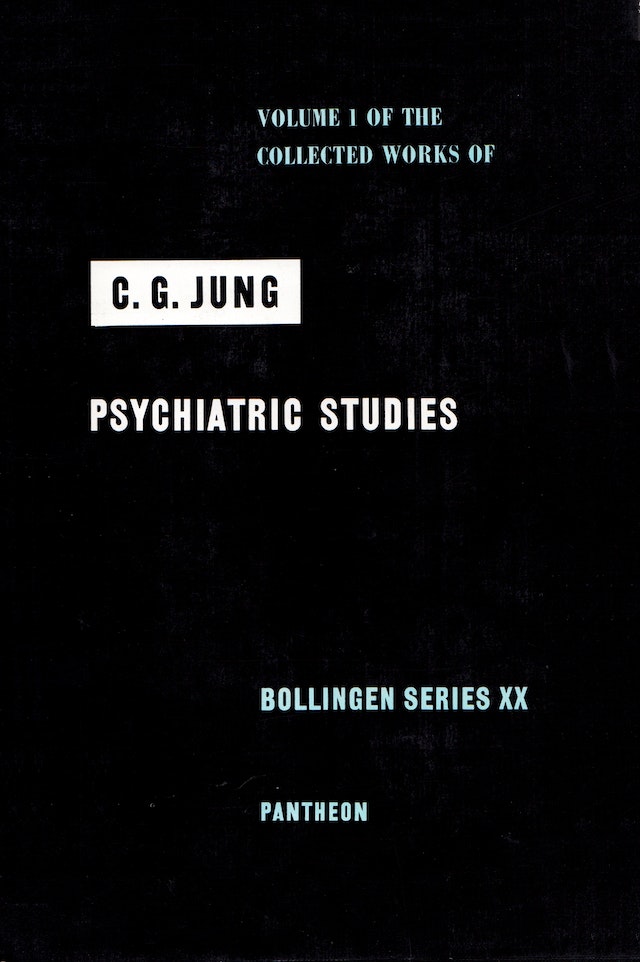 At the turn of the last century C. G. Jung began his career as a psychiatrist. During the next decade three men whose names are famous in the annals of medical psychology influenced his professional development: Pierre Janet, under whom he studied at the Salpetriere Hospital in Paris; Eugen Bleuler, his chief at the Burgholzli Hospital in Zurich; and Sigmund Freud, with whom Jung began corresponding in 1906. It is Bleuler, and to a lesser extent Janet, whose influence bears on the studies in descriptive and experimental psychiatry composing Volume 1 of the Collected Works. This first volume of Jung’s Collected Works contains papers that appeared between 1902 and 1905. It opens with Jung’s dissertation for the medical degree: “On the Psychology and Pathology of So-called Occult Phenomena,” a detailed analysis of the case of an hysterical adolescent girl who professed to be a medium. This study foreshadows much of his later work and is indispensable to all serious students of his psychiatric career. The volume also includes papers on cryptomnesia, hysterical parapraxes in reading, manic mood disorder, simulated insanity, and other topics.