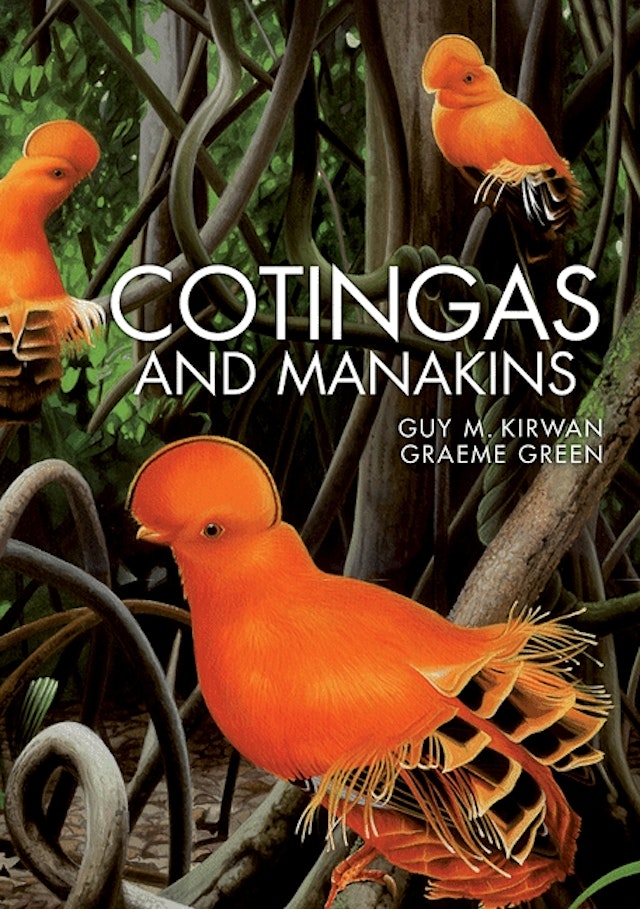 The New World tropics are home to the richest avifauna on the planet, with more than 4,000 species, many of them endemic. Two groups found exclusively in this region are the cotingas and the manakins. Few other families of birds have such widespread appeal. They are much sought after by birders for their colorful displays, unusual plumages, and, in some cases, great rarity. Their natural history and behavior offer fascinating case studies for evolutionary biologists, while the intriguingly elusive relationships of these birds are of profound interest to taxonomists.

Cotingas and Manakins is the definitive work on these jewels of the Neotropics, covering more than 130 species. These range from some of the rarest and most enigmatic birds in the world to some of the best studied of all tropical species. Many are breathtakingly colorful and ornate while some are plain and difficult to see. This stunning volume features 34 color plates by Eustace Barnes, who has observed many of these species in the field, as well as distribution maps and approximately 400 color photographs that cover all but a tiny handful of species. Complete with detailed species accounts describing key identification features, Cotingas and Manakins is the authoritative illustrated guide to these magnificent Neotropical birds.

Guy M. Kirwan is one of the world's leading authorities on New World birds. He is a freelance author and editor. His books include The Birds of Turkey. Graeme Green is a bird tour leader in Ecuador and has traveled widely in search of cotingas and manakins.

"Cotingas and Manakins is a major contribution to the literature on what is a most charismatic group of birds. The scholarship is exemplary and the plates by Eustace Barnes are nicely executed. The photographic coverage is superior, particularly given the difficulty of seeing—let alone photographing—many of the rarer species. The passion that Kirwan and Green have for these fascinating birds is evident on every page."—Kevin J. Zimmer, Victor Emanuel Nature Tours