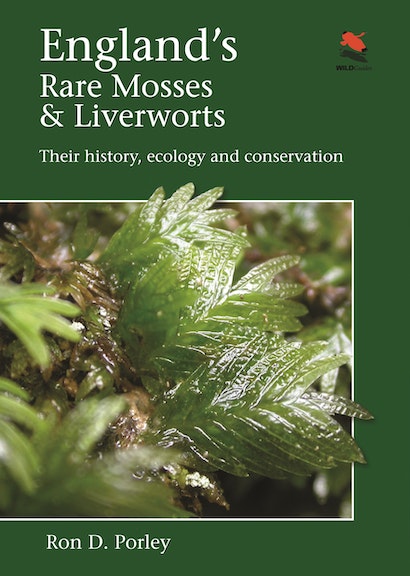 This is the first book to cover England’s rare and threatened mosses and liverworts, collectively known as bryophytes. As a group, they are the most ancient land plants and occupy a unique position in the colonization of the Earth by plant life. However, many are at risk from habitat loss, pollution, climate change, and other factors. Britain is one of the world’s best bryologically recorded areas, yet its mosses and liverworts are not well known outside a small band of experts. This has meant that conservation action has tended to lag behind that of more charismatic groups such as birds and mammals. Of the 916 different types of bryophyte in England, 87 are on the British Red List and are regarded as threatened under the strict criteria of the International Union for the Conservation of Nature.


This book aims to raise awareness by providing stunning photographs — many never before published — of each threatened species, as well as up-to-date profiles of 84 of them, including status, distribution, history, and conservation measures. The book looks at what bryophytes are, why they are important and useful, and what makes them rare; it also examines threats, extinctions, ex situ conservation techniques, legislation, and the impact of the 1992 Convention on Biological Diversity.


Ron D. Porley is a botanist who has been studying mosses and liverworts for more than twenty-five years. He is the author of Arable Bryophytes: A Field Guide to the Mosses, Liverworts, and Hornworts of Cultivated Land in Britain and Ireland (WILDGuides), and the coauthor of Mosses and Liverworts (HarperCollins). He is a member of the British Bryological Society and is on the board of the European Committee for the Conservation of Bryophytes. He has traveled extensively in Europe, Africa, and Asia, collecting and photographing bryophytes.

"Engaging, informative and beautifully illustrated. . . . This 224-page volume is the definitive reference for libraries—whether located on a university campus or natural history institution, in a public or personal library. Additionally, this field guide will appeal to naturalists of all ages and is indispensable to those who go 'mossing.'"—Devorah Bennu, GrrlScientist

"This is a beautifully prepared and well-written book, and I strongly recommend it to all who have an interest in bryophyte conservation and rarity; and as a means of providing bryophyte awareness to a broader public."—James R. Shevock, Bryologist

"This book deserves a place in the office of every conservation biologist, bryologist and ecologist. I expect it to be heavily referenced in grant proposals and to act as a template for guides to other countries' rare bryophytes."—Laura Forrest, Edinburgh Journal of Botany