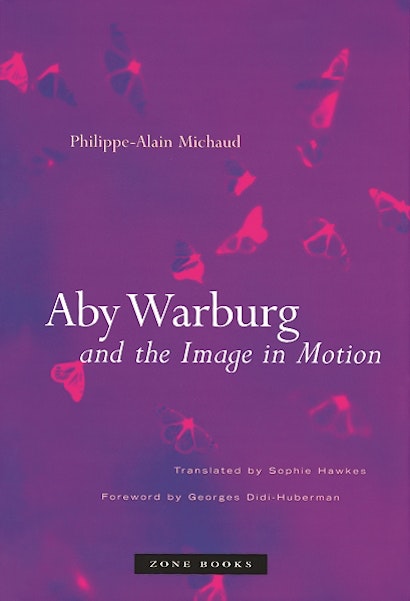 Aby Warburg (1866–1929) is best known as the originator of the discipline of iconology and as the founder of the institute that bears his name. His followers included some of the celebrated art historians of the twentieth century such as Erwin Panofsky, Edgar Wind, and Fritz Saxl. But his heirs developed, for the most part, a domesticated iconology based on the decipherment and interpretation of symbolic material. As Philippe-Alain Michaud demonstrates in this important book, Warburg’s project was remote from any positivist or neo-Kantian ambitions. Nourished on the work of Friedrich Nietzsche and Jacob Burckhardt, Warburg fashioned a “critical iconology” to reveal the irrationality of the image in Western culture.

Opposing the grand teleological narratives of art inaugurated by Giorgio Vasari, Warburg’s method operated through historical anachronisms and discontinuities. Using procedures of “montage-collision” he brought together pagan artifacts with masterpieces of Florentine Renaissance art, the astrology of the ancient Near East with the Lutheran Reformation, Mannerist festivals with the sacred dances of Native Americans. Michaud insists that for Warburg, the practice of art history was not only the recognition of the radical heterogeneity of objects but the discovery within the art work itself of lines of fracture, contradictions, tensions, and the energies of magic, empathy, totemism, and animism.

Michaud provides us with a book that not only is about Warburg but also extends his intuitions and discoveries into analyses of other categories of imagery like the daguerreotype, the chronophotography of Etienne-Jules Marey, early cinema, and the dances of Loïe Fuller. This edition also includes a foreword by Georges Didi-Huberman and texts by Warburg not previously translated into English.