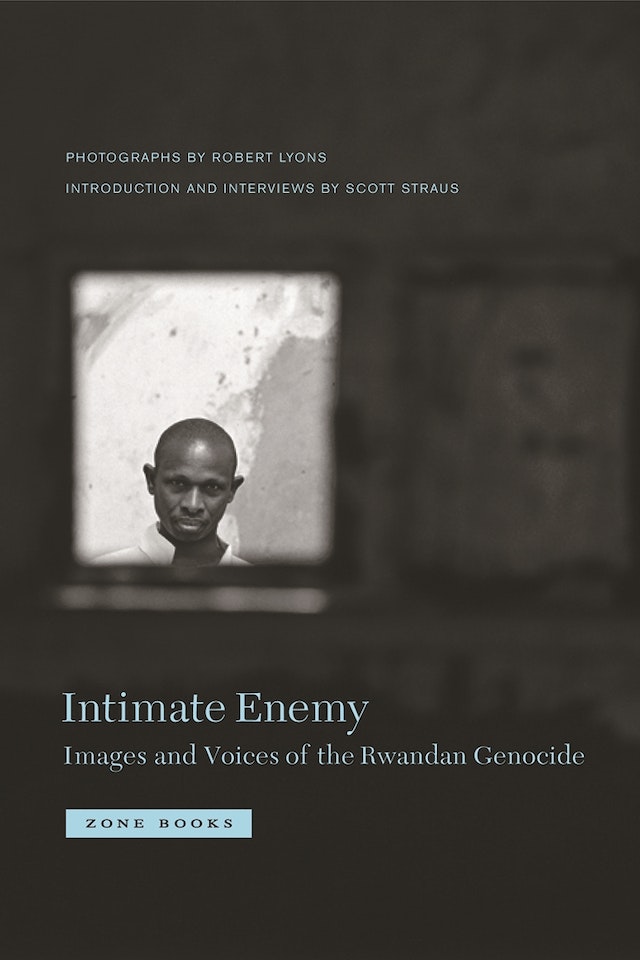 In 1994, an interim government in Rwanda orchestrated one of the world’s worst mass crimes: a hundred-day extermination campaign that took half a million lives. At the time, Rwanda’s genocide went largely unnoticed by the outside world. Today there is growing interest in Rwanda, as many discover the horror that took place and seek to understand how and why violence of this character and magnitude could have happened in our time.

Intimate Enemy is a rare entrée into the logic, language, and imagery of Rwanda’s violence. The book presents perpetrator testimony and photographs of both perpetrators and survivors. The images and words are raw and unanalyzed, leaving the reader to make sense of the killers and their would-be victims.

Intimate Enemy challenges our assumptions about the genocide and those who perpetrated it. The book also prods us to consider how to represent and imagine violence on the scale of Rwanda’s.

“Though it names the most monstrous of crimes, genocide appears a damnably abstract word, veiling humanity in the cold accretion of numbers. To most, ‘Rwanda’ means hundreds of thousands killed in a hundred days. Intimate Enemy, by its photographs and words, its faces and voices, begins to restore what is too often missing in accounts of this unimaginable crime: the terrible intimacy of felt life.”— Mark Danner, author of Torture and Truth: America, Abu Ghraib, and the War on Terror

“It would be appalling to think that the hundreds of thousands of Rwandan Hutu who participated in the 1994 genocide were all either evil or psychotic. But it’s even more shocking to learn the real lesson of this riveting book: that most of them were completely ordinary men, who went along with the killings for the most mundane of reasons — conformity, grudges, small loot, indifference, ennui. It’s impossible to read the text and view the photos and not think: ‘There but for the grace of god go I.’ This publication is a major contribution both to the study of the Rwandan genocide and to the larger study of human nature under pressure.”— Gerald Caplan, author of “Rwanda: The Preventable Genocide” and founder of Remembering Rwanda