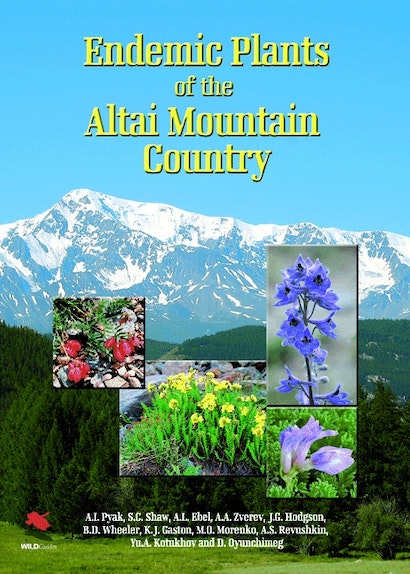 Under its Living Planet Campaign, the World Wildlife Fund has identified 200 of the Earth’s most biologically outstanding habitats. One of these is the Altai-Sayan Montane Forests Ecoregion, an extraordinary mosaic of coniferous forests, intermontane steppe, and alpine meadows that lies on the borders of Russia, Mongolia, Kazakhstan, and China, and where half the flora of Siberia can be found. The team of authors responsible for producing this remarkable book has surveyed more than 300 endemic plants, many of which are important for medicine or food, to plug a gap in the knowledge of a poorly studied region. The book contains the first photographs published of many of the species and is a testament to international scientific collaboration.

"[I]llustrated with stunning photographs of habitats and plants—many of the species being photographed for the first time."—Cuttings