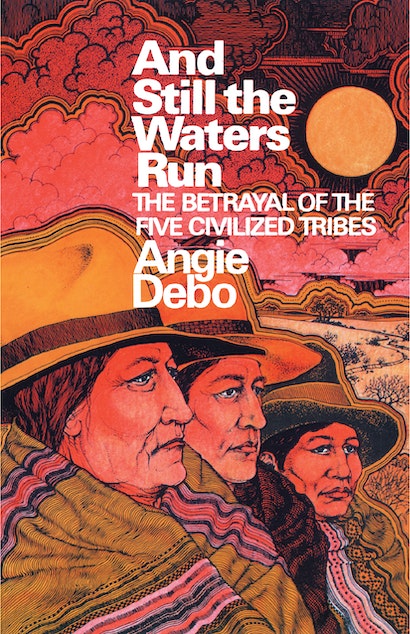 Debo’s classic work tells the tragic story of the spoliation of the Choctaw, Chickasaw, Cherokee, Creek, and Seminole nations at the turn of the last century in what is now the state of Oklahoma. After their earlier forced removal from traditional lands in the southeastern states — culminating in the devastating ‘trail of tears’ march of the Cherokees — these five so-called Civilized Tribes held federal land grants in perpetuity, or “as long as the waters run, as long as the grass grows.” Yet after passage of the Dawes Act in 1887, the land was purchased back from the tribes, whose members were then systematically swindled out of their private parcels.


The publication of Debo’s book fundamentally changed the way historians viewed, and wrote about, American Indian history. Writers from Oliver LaFarge, who characterized it as “a work of art,” to Vine Deloria, Jr., and Larry McMurtry acknowledge debts to Angie Debo. Fifty years after the book’s publication, McMurtry praised Debo’s work in the New York Review of Books: “The reader,” he wrote, “is pulled along by her strength of mind and power of sympathy.”

"This book was first published in 1940, not a particularly receptive year for books about the betrayal of the American Indian. [It] is now extremely timely and should be picked up by that increasing number of concerned citizens who want to know the true history."—Publishers Weekly