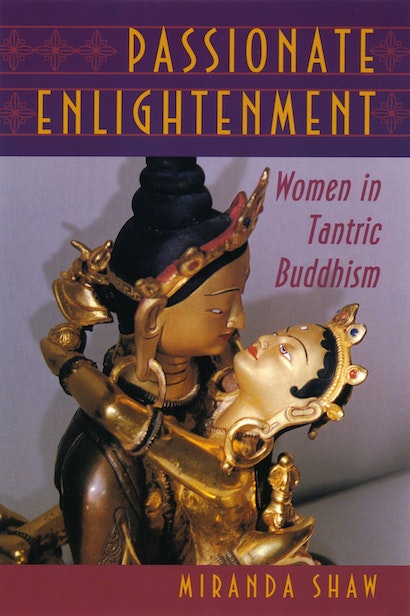 The crowning cultural achievement of medieval India, Tantric Buddhism is known in the West primarily for the sexual practices of its adherents, who strive to transform erotic passion into spiritual ecstasy. Historians of religion have long held that the enlightenment thus attempted was for men only, and that women in the movement were at best marginal and subordinated and at worst degraded and exploited. Miranda Shaw argues to the contrary, presenting extensive new evidence of the outspoken and independent female founders of the Tantric movement and their creative role in shaping its distinctive vision of gender relations and sacred sexuality.

Miranda Shaw is Assistant Professor of Religion at the University of Richmond.

"This book is a welcome and wonderful addition to feminist scholarship on Buddhism, a rapidly growing endeavor. . . . Miranda Shaw's discussion of passion and intimacy as a path of practice is exemplary in its demonstration that such practices can only be undertaken by equals who share the same vision, the same aspiration for enlightenment, and the same training and meditative skills."—Rita Gross, Shambhala Sun

"A feminist critique of a male (and Western) view of the Tantric tradition [and also] a balanced reassessment of a tradition too long misunderstood."—James George, Parabola