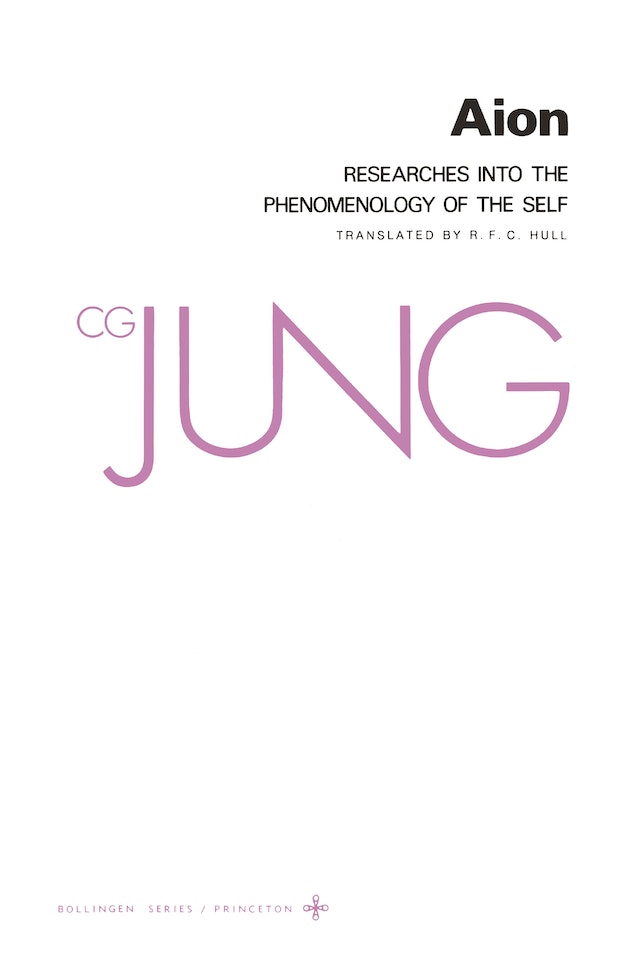 Aion, originally published in German in 1951, is one of the major works of Jung’s later years. The central theme of the volume is the symbolic representation of the psychic totality through the concept of the Self, whose traditional historical equivalent is the figure of Christ. Jung demonstrates his thesis by an investigation of the Allegoria Christi, especially the fish symbol, but also of Gnostic and alchemical symbolism, which he treats as phenomena of cultural assimilation. The first four chapters, on the ego, the shadow, and the anima and animus, provide a valuable summation of these key concepts in Jung’s system of psychology.

"Much of the material in this book and many of the conclusions are fascinating. There is a great deal here to illustrate the background of modern mysticism and much which the reader, of whatever orientation, will regard as insight."—Psychiatric Quarterly

"Aion contains some of Jung's most advanced thinking on the integrative principles of the psyche, and on the relation of matter to the symbolic processes of the collective unconscious. This is difficult ground to explore, but those who attempt the journey will find that their horizons have been surprisingly widened."—Psychosomatic Medicine