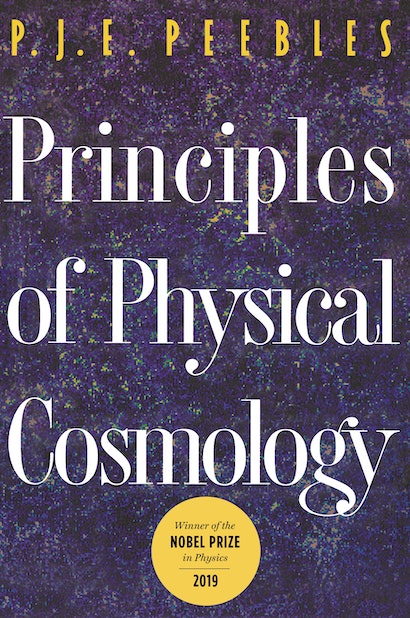 During the last twenty years, dramatic improvements in methods of observing astrophysical phenomena from the ground and in space have added to our knowledge of what the universe is like now and what it was like in the past, going back to the hot big bang. In this overview of today’s physical cosmology, P.J.E. Peebles shows how observation has combined with theoretical elements to establish the subject as a mature science, while he also discusses the most notable recent attempts to understand the origin and structure of the universe. A successor to Peebles’s classic volume Physical Cosmology, the book is a comprehensive overview addressed not only to students but also to scientists active in fields outside cosmology.

The first chapter of the work presents the elements of physical cosmology, including the history of the discovery of the expanding universe. The second, on the cosmological tests that measure the geometry of spacetime, discusses general relativity theory as the basis for the tests, and then surveys the broad variety of ways the tests can be applied with the new generations of telescopes and detectors. The third chapter deals with the origin of galaxies and the large-scale structure of the universe, and reviews ideas about how the evolution of the universe might be traced back to very early epochs when structure originated. Each section of these chapters begins with an introduction that can be understood with no special knowledge beyond undergraduate physics, and then progresses to more specialized topics.

P.J.E. Peebles is a Nobel Prize–winning physicist and the author of Cosmology's Century, Quantum Mechanics, and Physical Cosmology (all Princeton). He is the Albert Einstein Professor of Science Emeritus in the Department of Physics at Princeton University.