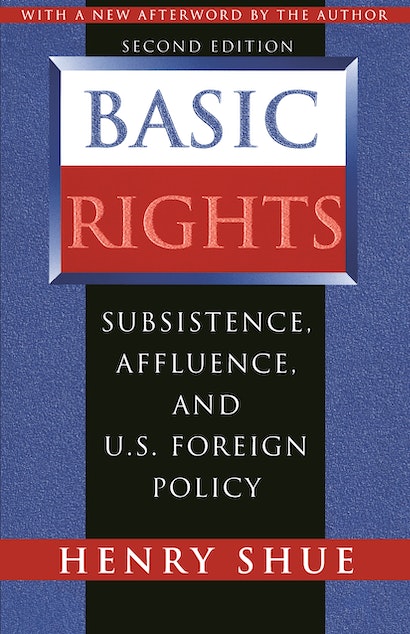 Which human rights ought to be the first honored and the last sacrificed? In the first systematic attempt by an American philosopher to address the issue of human rights as it relates to U.S. foreign policy, Henry Shue proposes an original conception of basic rights that illuminates both the nature of moral rights generally and the determination of which specific rights are the basic ones.

"With unrelenting logic Shue recommends that American law be broadened to require the termination of aid not merely to those governments that engage in shocking and outrageous conduct but to those countries indifferent to the rights of their citizens to food, shelter, and health care. . . . Shue has written the classical statement affirming that the rich nations are required by justice and by international law to share their abundance with those millions who are chronically malnourished."—Former Congressman Father Robert F. Drinan, Commonweal

"This is one of the strongest arguments for an economic human right that I have found to date."—Carl Wellman, Human Rights Quarterly