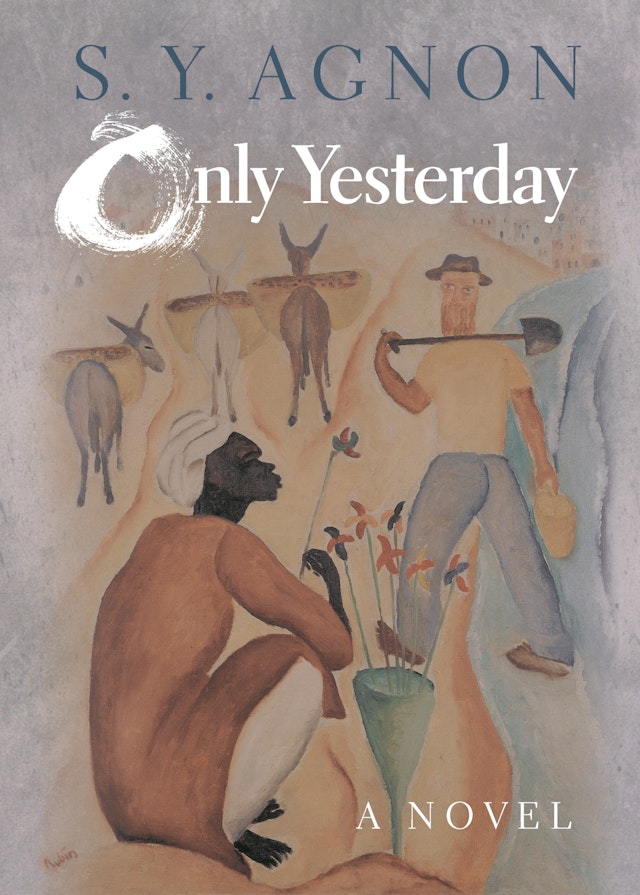 Israeli Nobel Laureate S.Y. Agnon’s famous masterpiece, his novel Only Yesterday, here appears in English translation for the first time. Published in 1945, the book tells a seemingly simple tale about a man who immigrates to Palestine with the Second Aliya — the several hundred idealists who returned between 1904 and 1914 to work the Hebrew soil as in Biblical times and revive Hebrew culture. Only Yesterday quickly became recognized as a monumental work of world literature, but not only for its vivid historical reconstruction of Israel’s founding society. This epic novel also engages the reader in a fascinating network of meanings, contradictions, and paradoxes all leading to the question, what, if anything, controls human existence?

Seduced by Zionist slogans, young Isaac Kumer imagines the Land of Israel filled with the financial, social, and erotic opportunities that were denied him, the son of an impoverished shopkeeper, in Poland. Once there, he cannot find the agricultural work he anticipated. Instead Isaac happens upon house-painting jobs as he moves from secular, Zionist Jaffa, where the ideological fervor and sexual freedom are alien to him, to ultra-orthodox, anti-Zionist Jerusalem. While some of his Zionist friends turn capitalist, becoming successful merchants, his own life remains adrift and impoverished in a land torn between idealism and practicality, a place that is at once homeland and diaspora. Eventually he marries a religious woman in Jerusalem, after his worldly girlfriend in Jaffa rejects him.

Led astray by circumstances, Isaac always ends up in the place opposite of where he wants to be, but why? The text soars to Surrealist-Kafkaesque dimensions when, in a playful mode, Isaac drips paint on a stray dog, writing “Crazy Dog” on his back. Causing panic wherever he roams, the dog takes over the story, until, after enduring persecution for so long without “understanding” why, he really does go mad and bites Isaac. The dog has been interpreted as everything from the embodiment of Exile to a daemonic force, and becomes an unforgettable character in a book about the death of God, the deception of discourse, the power of suppressed eroticism, and the destiny of a people depicted in all its darkness and promise.

S. Y. Agnon (1887-1970) was born Shmuel-Yoysef Tshatshkes in the Jewish town of Butshatsh in eastern Galicia, formerly a Polish region. In 1908 he went with the Second Aliya to Palestine, where he published several early masterpieces in Hebrew. In 1912-1924 he lived in Germany and was regularly supported by the publisher and Zionist Sh.-Z. Schocken. From 1924 Agnon lived mostly in Jerusalem. In 1966 he was awarded the Nobel Prize in Literature. Among his works translated into English are A Simple Story, The Bridal Canopy, Days of Awe, In the Heart of the Seas, and Shira. 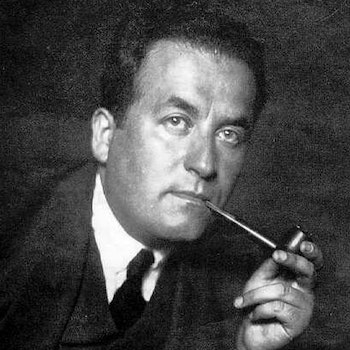 "Ancient religious longing, modern political aspirations and personal dreams of liberation all intersect [here]. . . . Unlike many of the pioneers who went to make a new life in the Land of Israel, Agnon tried to take everything with him, which is why his writing is so packed, so intensely allusive. This is one of the glories of Agnon's prose. . . . [He is haunted by a] mixture of pride and shame at being an intellectual in a society that worshiped farmers, a writer in a culture founded on a dream of physical labor. . . . Of course all these paradoxes help make Agnon the great modernist that he is."—Jonathan Rosen, New York Times Book Review

"[This is] Agnon's gigantic achievement. . . . In place of Joyce's Dublin and Doeblin's Berlin, Agnon gives us a tale of two cities, secular Jaffa, the commercial and literary centre of the Yishuv, and sacred Jerusalem, parched by dust, poverty and drought, home to every stripe of simple faith and angry fanaticism. . ."—Morris Dickstein, Times Literary Supplement

"Agnon forged the language of modern Hebrew literature. . . . [His] novel has a folkloric quality analogous to the bold simplifications of Chagall, locating the archaic residue lurking just below the surface disenchantment of modernity."—Publishers Weekly

"[A] scathing vision of God and man, Zionism and Jewish history, desire and guilt, language, and meaning . . . a novel that deserves comparison with Franz Kafka's The Trial . . . Its appearance in English now, delayed for half a century by the formidable difficulties of translating its Hebrew, makes available to American readers a work of powerful, and eccentric, originality."—Robert Alter, Los Angeles Times Book Review

"An immense ragbag of a book, full of insight and poetry, tending to surrealism, not to say mythology, mannered and even precious in style, discursive, and all told with a cleverness that opens up a number of possible meanings."—David Pryce-Jones, The Spectator

"Never before available in English, a masterpiece of the picaresque by the Nobel laureate who is arguably the greatest novelist in modern Hebrew. Fifty-five years after this epic tale's initial publication, Harshav provides an eloquent translation, successfully capturing Agnon's carefully nuanced and bitter humor. . . . One of the finest novels of this century."—Kirkus Reviews

"This is one of the central works of modern Jewish culture. . . . [It] is fascinating and engrossing and Barbara Harshav has handled the imposing task of translation with aplomb, creating an unfussy, clean equivalent to Agnon's idiosyncratic Hebrew style."—Alan Mintz, The Forward

"A brilliant epic of a simple man's quest for the Promised Land . . . . This is a work so rich and allusive, so real and yet so strange, that despite its exalted place in the canon of one of the 20th century's major artists, it's not surprising that no one had undertaken until now the formidable challenge of translating it into English. . . . [In] a lively and accessible translation by Barbara Harshav. . . . [s]he uncannily captures the highly idiosyncratic voice and lilt, the full measure of provincialism and sophistication, of the master. . . . For this miracle of a translation, which brings Agnon's original Hebrew vividly to life, we can only be grateful."—Tova Reich, Washington Post Bookworld

"There are flashes of steely observation . . . as well as delight, sadness, disgust, hauteur, pity, cruelty and a whole range of other such opposing yet confluent emotions and states of being . . . plainly a labor of love."—Dan Jacobson, The New York Review of Books

"The novel is crammed with bewitching characters and amazing episodes. Even in translation, its unique style is irresistible."—Gerald Kaufman, Sunday Telegraph

"Only Yesterday was first published in 1945, but it is just as timely today. . . Barbara Hershey's translation-the first ever in English-is thoroughly smooth and enjoyable. She succeeds in preserving Agnon's unique style, Voltaire-like witticism, and literary beauty."—Alexander Zvielli, The Jerusalem Post