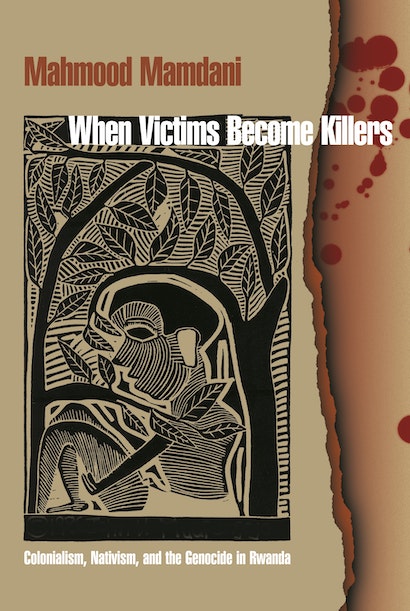 “When we captured Kigali, we thought we would face criminals in the state; instead, we faced a criminal population.” So a political commissar in the Rwanda Patriotic Front reflected after the 1994 massacre of as many as one million Tutsis in Rwanda. Underlying his statement is the realization that, though ordered by a minority of state functionaries, the slaughter was performed by hundreds of thousands of ordinary citizens, including even judges, human rights activists, and doctors, nurses, priests, friends, and spouses of the victims. Indeed, it is its very popularity that makes the Rwandan genocide so unthinkable. This book makes it thinkable.


Rejecting easy explanations of the genocide as a mysterious evil force that was bizarrely unleashed, one of Africa’s best-known intellectuals situates the tragedy in its proper context. He coaxes to the surface the historical, geographical, and political forces that made it possible for so many Hutu to turn so brutally on their neighbors. He finds answers in the nature of political identities generated during colonialism, in the failures of the nationalist revolution to transcend these identities, and in regional demographic and political currents that reach well beyond Rwanda. In so doing, Mahmood Mamdani usefully broadens understandings of citizenship and political identity in postcolonial Africa.


There have been few attempts to explain the Rwandan horror, and none has succeeded so well as this one. Mamdani’s analysis provides a solid foundation for future studies of the massacre. Even more important, his answers point a way out of crisis: a direction for reforming political identity in central Africa and preventing future tragedies.

Mahmood Mamdani is Herbert Lehman Professor of Government and Director of the Institute of African Studies at Columbia University. He is the author of Citizen and Subject: Contemporary Africa and the Legacy of Late Colonialism (Princeton), which won the Herskovitz prize of the African Studies Association. Among his other books are The Myth of Population Control, From Citizen to Refugee, and Politics and Class Formation in Uganda. He is currently President of the Dakar-based Council for Development of Social Research in Africa (CODESRIA).

"This well written and strongly argued book qualifies Mahmood Mamdani as one of the most articulate, original, and stimulating African social scientists. His interpretation of the Rwandan genocide crisis will cause considerable controversy and will prove a fresh turning point in the process of 'de-inventing' Africa."—Mamadou Diouf

"This is a very impressive piece of work—a scholar's attempt to move beyond the clichés of horror towards a genuine understanding of the social dynamics which made horror possible. It's a good example of relevant, committed, and passionate scholarship."—Michael Ignatieff

"Daring, knowledgeable, and wise, Mahmood Mamdani places the terrible massacres of 1994 in historical, regional, theoretical, and moral perspective. His analysis of Hutu and Tutsi as historically grounded and incessantly changing political identities not only clarifies struggles of the 1990s in Rwanda, Burundi, Uganda, and Congo but also helps identify ways of preventing future bloodshed."—Charles Tilly

"Mamdani's central argument is coherent, consistent, and compelling, and his account of the Rwandan crisis is riveting from beginning to end. It is also rendered with eloquence, generosity of spirit, and political shrewdness. His uncanny ability to use scholarly methods to cast light on public life is admirable and a model for the rest of us."—Carlos Forment