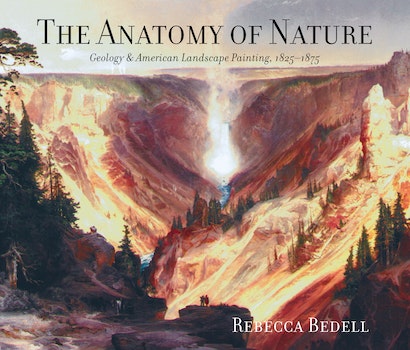 
Rebecca Bedell contributes to current debates about the relationship among art, science, and religion by exploring this phenomenon. She shows that at a time when many geologists sought to disentangle their science from religion, American artists generally sidestepped the era’s more materialist science, particularly Darwinism. They favored a conservative, Christianized geology that promoted scientific study as a way to understand God. Their art was both shaped by and sought to preserve this threatened version of the science. And, through their art, they advanced consequential social developments, including westward expansion, scenic tourism, the emergence of a therapeutic culture, and the creation of a coherent and cohesive national identity.


This major study of the Hudson River School offers an unprecedented account of the role of geology in nineteenth-century landscape painting. It yields fresh insights into some of the most influential works of American art and enriches our understanding of the relationship between art and nature, and between science and religion, in the nineteenth century. It will draw a broad audience of art historians, Americanists, historians of science, and readers interested in the American natural landscape.

Rebecca Bedell is Assistant Professor in the Art Department at Wellesley College.

"In this wide ranging book, Rebecca Bedell looks beyond the usual labels . . . to find an unexpected continuity in 19th century American landscape painting: its obsession with the once fashionable science of geology. In lucid prose free of academic jargon, Bedell surveys the intersection of art, tourism and geology in the work of such painters as Thomas Cole, John Kensett and Thomas Moran."—New York Times Book Review

"In her scholarly, yet eminently readable and amply illustrated treatise . . . Rebecca Bedell paints us a detailed picture of how the 19th century's 'fashionable science' molded . . . Art. . . . Seldom has the union of the arts and sciences come to such good effect."—American Scientist

"In this wonderfully written, scholarly, and handsomely illustrated work, Bedell examines the fascinating and often surprising intersection of the two disciplines in the nineteenth century."—Ann Finholt, Ruminator Review

"Rebecca Bedell has unearthed a wealth of new material, and she has produced what will no doubt be the authoritative work on the subject for the foreseeable future. Her well-informed book is a major contribution to the understanding of Hudson River School landscape painting and the complex interrelationship between art and science in mid-nineteenth-century America."—Alan Wallach, The College of William and Mary

"I unequivocally and enthusiastically recommend this book. It is an excellent piece of scholarship—thorough, well researched, richly nuanced. It presents an original and persuasive reinterpretation of ideas and images that have long been considered central to American cultural history. The chapters on Cole, Church, and Durand are full of fresh observations and fill in missing connections about the relationship between high culture, popular culture, and the burgeoning science of geology . . . There is no question that this is an important book, and a valuable addition to the study of nineteenth-century American landscape painting."—Gray Sweeney, Arizona State University