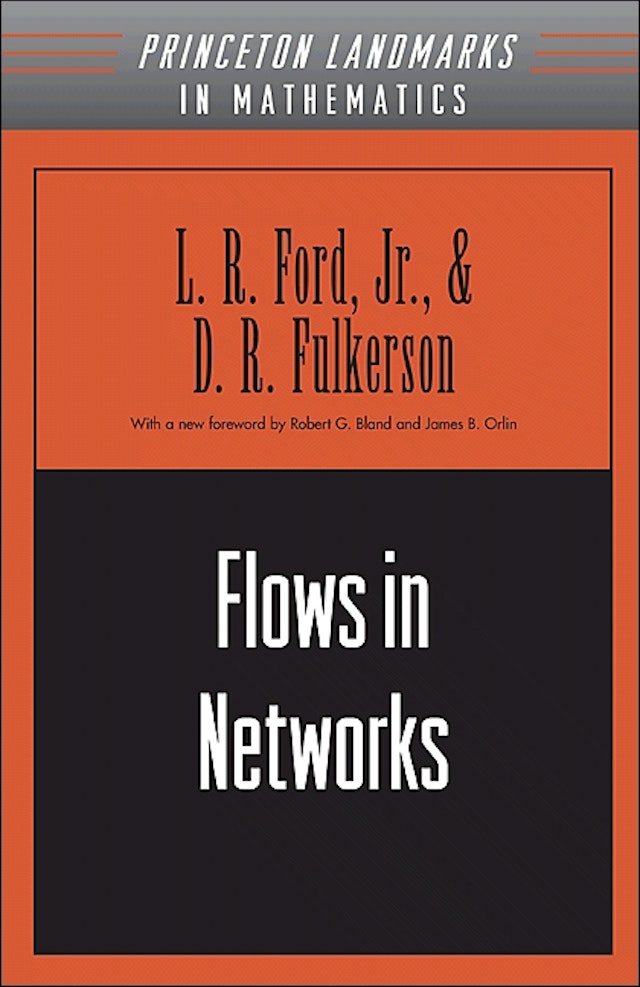 In this classic book, first published in 1962, L. R. Ford, Jr., and D. R. Fulkerson set the foundation for the study of network flow problems. The models and algorithms introduced in Flows in Networks are used widely today in the fields of transportation systems, manufacturing, inventory planning, image processing, and Internet traffic.

The techniques presented by Ford and Fulkerson spurred the development of powerful computational tools for solving and analyzing network flow models, and also furthered the understanding of linear programming. In addition, the book helped illuminate and unify results in combinatorial mathematics while emphasizing proofs based on computationally efficient construction. Flows in Networks is rich with insights that remain relevant to current research in engineering, management, and other sciences. This landmark work belongs on the bookshelf of every researcher working with networks.

"[Flows in Networks] should . . . be of great value to the expert and a standard reference source for many years to come."—H. J. Ryser, Management Science

"The book stands as the principal work on network flow theory. Its authors have performed almost as great a service in preparing this volume for publication as they did in originally developing much of its contents."—Ronald A. Howard, Proceedings of the IEEE

"The book should be of value not only to those interested in linear programming but also those who are concerned with graph theory."—Arthur Ziffer, Physics Today

"The book is a natural meeting ground for persons interested in communication engineering or combinatorial mathematics."—Journal of Data Management

"The book is a very welcome addition to the literature and should be of extreme value to anyone interested in operations research, communication theory, or combinatorial mathematics."—A. Newhouse, Computing Review