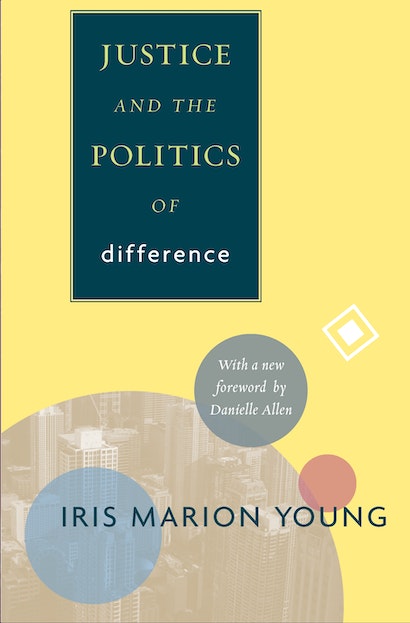 In this classic work of feminist political thought, Iris Marion Young challenges the prevailing reduction of social justice to distributive justice. It critically analyzes basic concepts underlying most theories of justice, including impartiality, formal equality, and the unitary moral subjectivity. The starting point for her critique is the experience and concerns of the new social movements about decision making, cultural expression, and division of labor — that were created by marginal and excluded groups, including women, African Americans, and American Indians, as well as gays and lesbians. Iris Young defines concepts of domination and oppression to cover issues eluding the distributive model. Democratic theorists, according to Young do not adequately address the problem of an inclusive participatory framework. By assuming a homogeneous public, they fail to consider institutional arrangements for including people not culturally identified with white European male norms of reason and respectability. Young urges that normative theory and public policy should undermine group-based oppression by affirming rather than suppressing social group difference. Basing her vision of the good society on the differentiated, culturally plural network of contemporary urban life, she argues for a principle of group representation in democratic publics and for group-differentiated policies.

Iris Marion Young (1949–2006) was a professor of political science at the University of Chicago. Her books include Intersecting Voices, Inclusion and Democracy, and On Female Body Experience.

"This is an innovative work, an important contribution to feminist theory and political thought, and one of the most impressive statements of the relationship between postmodernist critiques of universalism and concrete thinking.... Iris Young makes the most convincing case I know of for the emancipatory implications of postmodernism."—Seyla Benhabib, Yale University