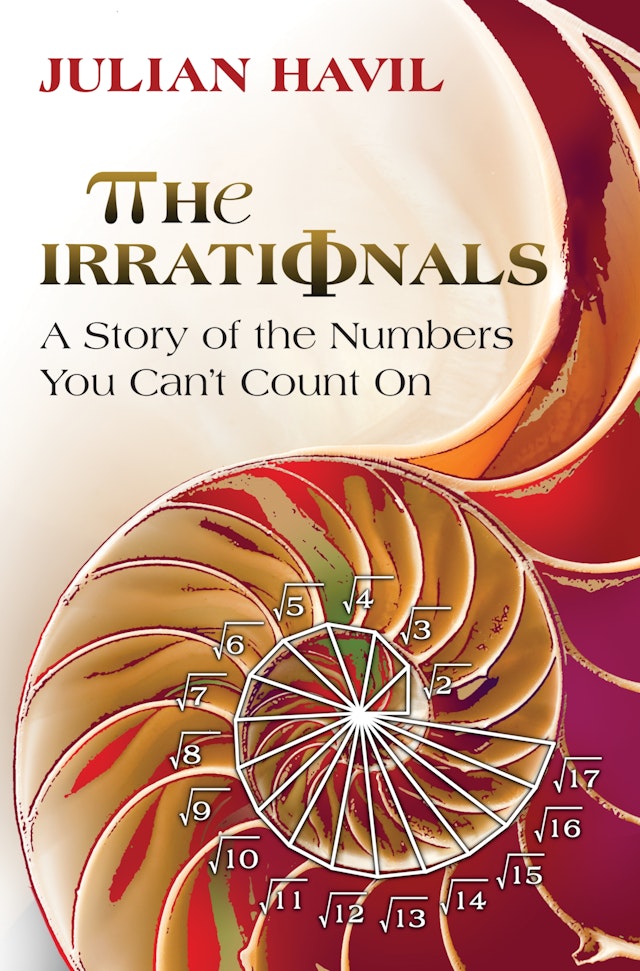 The ancient Greeks discovered them, but it wasn’t until the nineteenth century that irrational numbers were properly understood and rigorously defined, and even today not all their mysteries have been revealed. In The Irrationals, the first popular and comprehensive book on the subject, Julian Havil tells the story of irrational numbers and the mathematicians who have tackled their challenges, from antiquity to the twenty-first century. Along the way, he explains why irrational numbers are surprisingly difficult to define—and why so many questions still surround them. Fascinating and illuminating, this is a book for everyone who loves math and the history behind it.

Julian Havil is the author of Gamma: Exploring Euler's Constant, Nonplussed!: Mathematical Proof of Implausible Ideas, Impossible?: Surprising Solutions to Counterintuitive Conundrums, and John Napier: Life, Logarithms, and Legacy (all Princeton). He is a retired former master at Winchester College, England, where he taught mathematics for more than three decades.

"Readers will be swept away by Havil's command of the subject and his wonderful writing style. The Irrationals is a lot of fun."—Robert Gross, coauthor of Fearless Symmetry: Exposing the Hidden Patterns of Numbers and Elliptic Tales: Curves, Counting, and Number Theory