A comprehensive guide that identifies all of the world's sharks 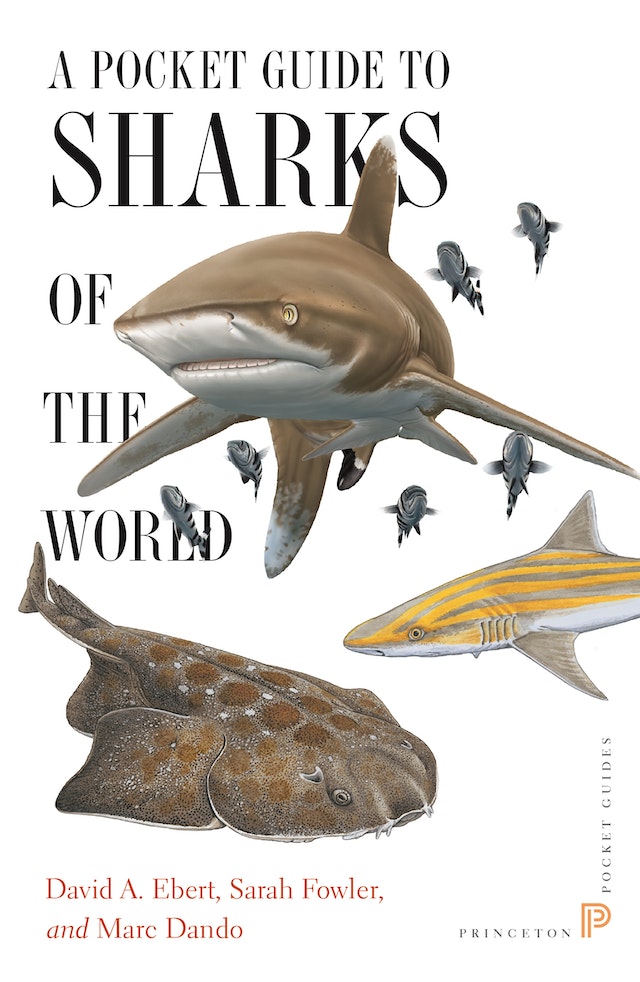 David A. Ebert is the program director for the Pacific Shark Research Center and a research faculty member at Moss Landing Marine Laboratories. Sarah Fowler cofounded the UK Shark Trust and the European Elasmobranch Association. She has been a member of the IUCN Shark Specialist Group since 1992 and is currently vice-chair of international treaties. Marc Dando is a freelance artist specializing in marine ecology and wildlife.

"This well-organized, well-written guide is ideal for scholars, professionals, and enthusiasts."—Library Journal

"Almost anyone can identify a fish as a shark because of its general body shape, but many of the 501 shark species look so similar that the species are difficult to separate. Though there are many reference works on sharks, none fit the definition of a pocket guide. Producing such a work is not easy. Ebert, Fowler, and Dando deserve to be congratulated. They have created an ideal guidebook that contains the essential information for species identification and, most important, superbly illustrates each species in color."—Choice

"This is a stunningly beautiful book. . . . The text, too, is all that it should be: concise, authoritative, easy to use, and richly, almost extravagantly illustrated. The book is clearly a labour of love."—British Wildlife Book Reviews

"Elegantly illustrated in much the same fashion as well-known bird and mammal books, A Pocket Guide to Sharks of the World is a great addition to the library of both the armchair traveler, like me, who rarely travels, and the intrepid traveler, who is rarely at home."—Gabriel Thoumi, Monga Bay

"This is a great book to show that there is much more than the myths of great white sharks attacking swimmers. . . . Everything you need to know about these sea creatures is in this guide."—Dave Lewis, Birds from Behind Blog

"A very colourful and attractive publication that offers a consistent treatment of sharks occurring in habitats around the world. It is a very useful book that should be of great help to those interested in shark species, from amateurs to professionals enjoying the diversity of these remarkable fishes."—Laith A Jawad, Journal of Fish Biology