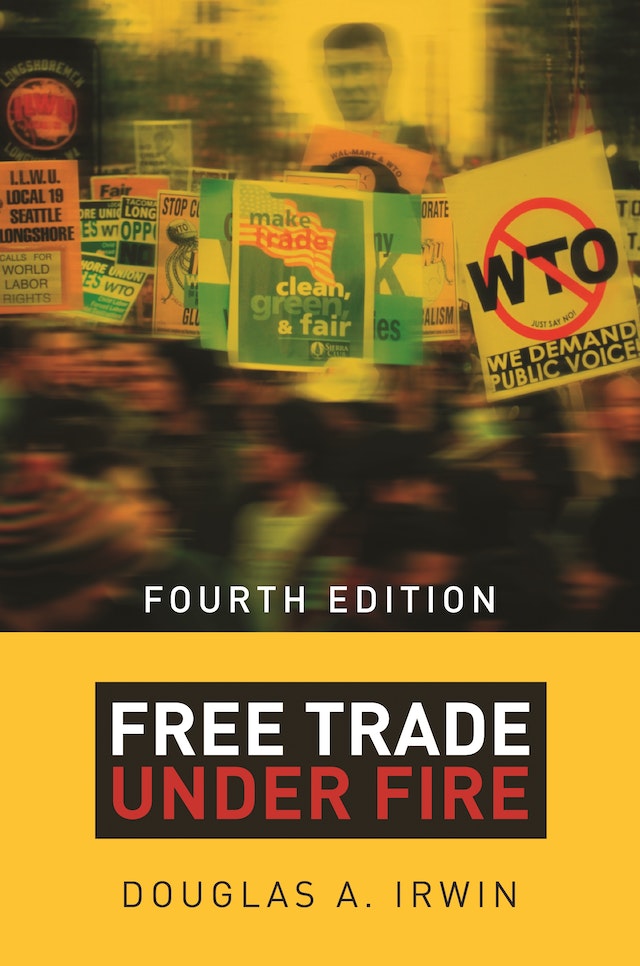 Growing international trade has helped lift living standards around the world, and yet free trade is always under attack. Critics complain that trade forces painful economic adjustments, such as plant closings and layoffs of workers, and charge that the World Trade Organization serves the interests of corporations, undercuts domestic environmental regulations, and erodes America’s sovereignty. Why has global trade—and trade agreements such as NAFTA—become so controversial? Does free trade deserve its bad reputation?


In Free Trade under Fire, Douglas Irwin sweeps aside the misconceptions that litter the debate over trade and gives the reader a clear understanding of the issues involved. This fourth edition has been thoroughly updated to include the most recent policy developments and the latest research findings on the impact of trade.

Douglas A. Irwin is professor of economics at Dartmouth College and the author of Against the Tide: An Intellectual History of Free Trade, Peddling Protectionism: Smoot-Hawley and the Great Depression (both Princeton), and Trade Policy Disaster: Lessons from the 1930s.

"Free Trade under Fire is a must-read for anybody interested in trade."—Pierre Lemieux, Regulation

"Praise for Princeton's previous editions: "A wealth of reporting, both of trade-theory debates and of recent political battles in America over trade, is elegantly squeezed into the book. . . . If [Free Trade Under Fire does] not change trade sceptics' minds, it is hard to think what else would.""—Economist

"Praise for Princeton's previous editions: "[Irwin] sets out most of the anti-trade claims one by one . . . and then marshals the evidence to show why it just ain't so. . . . Compelling [and] cogent.""—Wall Street Journal

"Praise for Princeton's previous editions: "[Irwin] successfully parries nearly all arguments leveled against free trade by its critics, and does so in an engaging style, which in itself makes for lively reading.""—Gene Epstein, Barron's

"Praise for Princeton's previous editions: "Vigorous and persuasive. . . . [Irwin] offers an especially informative chapter on antidumping duties, which have historically been supported in the name of ensuring 'fair trade.'""—Richard Cooper, Foreign Affairs

"At a time when free trade is under attack, Irwin, a professor at Dartmouth College, clears up common misconceptions that are muddying the discussion."—Anne O. Krueger, Project Syndicate