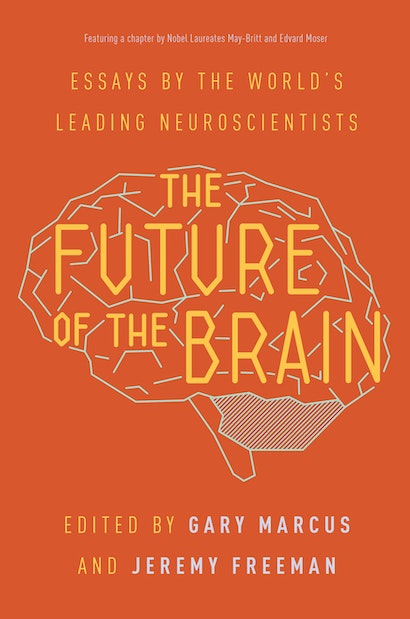 An unprecedented look at the quest to unravel the mysteries of the human brain, The Future of the Brain takes readers to the absolute frontiers of science. Original essays by leading researchers such as Christof Koch, George Church, Olaf Sporns, and May-Britt and Edvard Moser describe the spectacular technological advances that will enable us to map the more than eighty-five billion neurons in the brain, as well as the challenges that lie ahead in understanding the anticipated deluge of data and the prospects for building working simulations of the human brain. A must-read for anyone trying to understand ambitious new research programs such as the Obama administration’s BRAIN Initiative and the European Union’s Human Brain Project, The Future of the Brain sheds light on the breathtaking implications of brain science for medicine, psychiatry, and even human consciousness itself.

Gary Marcus is professor of psychology and neural science at New York University. His books include Guitar Zero: The Science of Becoming Musical at Any Age and Kluge: The Haphazard Evolution of the Human Mind. Jeremy Freeman is a neuroscientist at the Howard Hughes Medical Institute's Janelia Farm Research Campus.

"The narratives attempt thought-provoking arguments for the future of the brain and the implications on ethics and human behaviour. A fascinating book for readers of all levels."—Library Journal

"Dispatches from the scientific minds at the forefront of the quest to map and understand the myriad neural connections that constitute evolutions's most curious creation, the essays that make up The Future of the Brain serve as great primers in topics scientific and logistical: from memory and consciousness to the computer modeling of neural complexities to big-data analysis."—Bob Grant, The Scientist

"A book called The Future of the Brain: Essays by the World's Leading Neuroscientists cannot have modest ambitions. The editors and authors of this collection of essays do not disappoint on that score, taking a broad, well-informed view of recent and potential advances in neuroscience and their implications for the field."—Sandra Aamodt, Nature Neuroscience

"[The Future of the Brain] will leave readers both amazed and full of questions."—Richard E. Cytowic, New York Journal of Books

"[T]he Future of the Brain offers a broad spectrum of introductions to different fields of current neuroscience research, perfect for readers interested in going beyond basic neuroscience."—Chris Kaperak, Daily

"A wonderful way to launch yourself into the exciting world of twenty-first-century neuroscience, whether you are a scientist or an intellectually curious layperson. The power in this sampler is that the coverage is not just technical but conceptual: the essays probe the ways in which an understanding of the brain will and won't illuminate the mind, and they do so with depth and balance rather than the usual breathless hype."—Steven Pinker, author of The Language Instinct and How the Mind Works

"Have you ever wondered what's coming around the bend in terms of new insights into how the brain works? Open the pages of The Future of the Brain to find out. Gary Marcus and Jeremy Freeman have brought together some of the leading thinkers and researchers to share their vision of where we are headed. It's a fun, readable book full of insights."—Joseph LeDoux, author of The Emotional Brain and Synaptic Self

"A deep, intriguing view into the most exciting advances in neuroscience. The Future of the Brain is a nuanced and thought-provoking guide to what we do and don't know about the human brain—and what we may or may not one day find out."—Maria Konnikova, author of Mastermind: How to Think Like Sherlock Holmes

"Understanding, theorizing, and simulating the human brain are essential goals for twenty-first-century science and engineering. Surfing the fine line between science and science fiction, this book is a treasure trove of daring ideas."—Stanislas Dehaene, author of Consciousness and the Brain: Deciphering How the Brain Codes Our Thoughts

"The brain is a complicated thing, and progress in understanding how it works may seem slow. Will creating huge research teams, collecting more data at higher resolutions, and sharing data more widely and openly kick-start a new wave of progress? Or does the field still need to make conceptual leaps before the results would even make sense? Brilliant minds on both sides describe their visions of the future of neuroscience in this collection of short, engaging essays."—Christopher Chabris, coauthor of The Invisible Gorilla: How Our Intuitions Deceive Us

"Massive technological advances promise rapid and profound discoveries in neuroscience, with very broad implications for our understanding of behavior, ethics, and even religion. Featuring contributions by acknowledged experts, this collection provides a fascinating look at what is happening in the ‘big science' of the brain."—Michael C. Corballis, author of The Recursive Mind: The Origins of Human Language, Thought, and Civilization