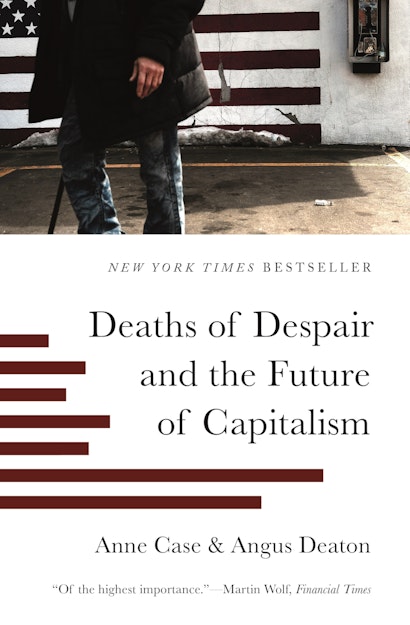 Life expectancy in the United States has recently fallen for several years in a row—a reversal not seen since 1918 or in any other wealthy nation in modern times. In the past two decades, “deaths of despair” from suicide, drug overdose, and alcoholism have risen dramatically, and now claim hundreds of thousands of American lives each year—and they’re still rising. Princeton economists Anne Case, Ph.D. and Nobel Prize-winner Angus Deaton, Ph.D., known for first sounding the alarm about deaths of despair, explain the overwhelming surge in these deaths and shed light on the social and economic forces that are making life harder for the working class. Their New York Times bestselling book Deaths of Despair and the Future of Capitalism paints a troubling portrait of the American dream in decline.

Case and Deaton will be in conversation with David Leonhardt, Pultizer Prize-winning senior writer for The New York Times.