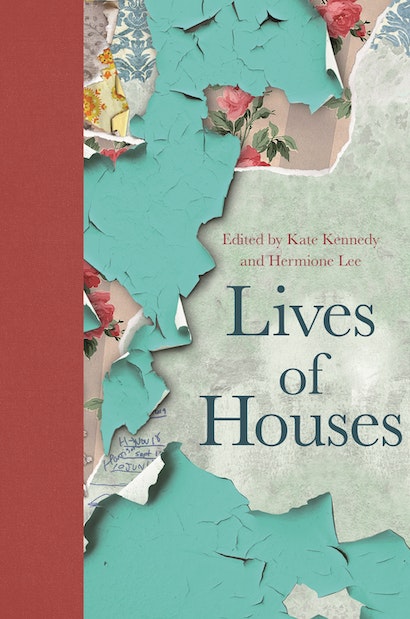 Lives of Houses
Available in 4 editions
Buy This

What can a house tell us about the person who lives there? Do we shape the buildings we live in, or are we formed by the places we call home? And why are we especially fascinated by the houses of the famous and often long-dead? In Lives of Houses, notable biographers, historians, critics, and poets explores these questions and more through fascinating essays on the houses of great writers, artists, composers, and politicians of the past.

With more than forty illustrations, Lives of Houses illuminates what houses mean to us and how we use them to connect to and think about the past. The result is a fresh and engaging look at house and home.

Hermione Lee was President of Wolfson College from 2008 to 2017 and is Emeritus Professor of English Literature in the English Faculty at Oxford University. She is a biographer and critic whose work includes biographies of Virginia Woolf (1996), Edith Wharton (2006) and Penelope Fitzgerald (2013, winner of the 2014 James Tait Black Prize for Biography and one of the New York Times best 10 books of 2014). She has also written books on Elizabeth Bowen, Philip Roth and Willa Cather, an OUP Very Short Introduction to Biography, and a collection of essays on life-writing, Body Parts. She was awarded the Biographers’ Club Prize for Exceptional Contribution to Biography in 2018. From 1998 to 2008 she was the Goldsmiths’ Professor of English Literature at Oxford. She is a Fellow of the British Academy and the Royal Society of Literature, and a Foreign Honorary Member of the American Academy of Arts and Sciences. In 2003 she was made a CBE and in 2013 she was made a Dame for services to literary scholarship. http://www.hermionelee.com

Kate Kennedy has held Research Fellowships at Girton College, Cambridge; Wolfson College, Oxford; and is the Associate Director of the Oxford Centre for Life-writing. She lectured in both Music and English at Cambridge University until 2016, and specialises in interdisciplinary biography. Her biography Dweller in Shadows: A Life of Ivor Gurney was published by Princeton University Press in 2020, and she is currently working on a triple biography of Rupert Brooke and composers FS Kelly and William Denis Browne, entitled The Fateful Voyage. Both her biographies have been featured on BBC Radio 3, and she is a regular broadcaster and academic consultant to the BBC, directing the commemorations for the First World War and for International Women’s Day for Radio 3, among other projects. She is particularly interested in developing biographical research as performance, her opera libretto Out of the Ruins was a Royal Opera House commission in 2014, and her dramatized recitals for singer, pianist and actor have been performed in Literary and Music Festivals across the UK, and commissioned by the Wigmore Hall and Southbank Centre. Kate is interested in developing the concept of the recital, experimenting with blending biography and archival research with elements taken from the theatre and the concert platform. She writes for BBC Music Magazine, and gives talks at literary and music festivals around the country, and at venues such as the Wigmore Hall, the Royal Albert Hall and the Southbank Centre, and is a regular guest on BBC Radio 3, on programmes such as Essential Classics, Composer of the Week, Music Matters, and the Proms Plus series. She is the consultant to Radio 3 for their First World War programming, and has appeared on BBC 2 and 4 television. https://drkatekennedy.com