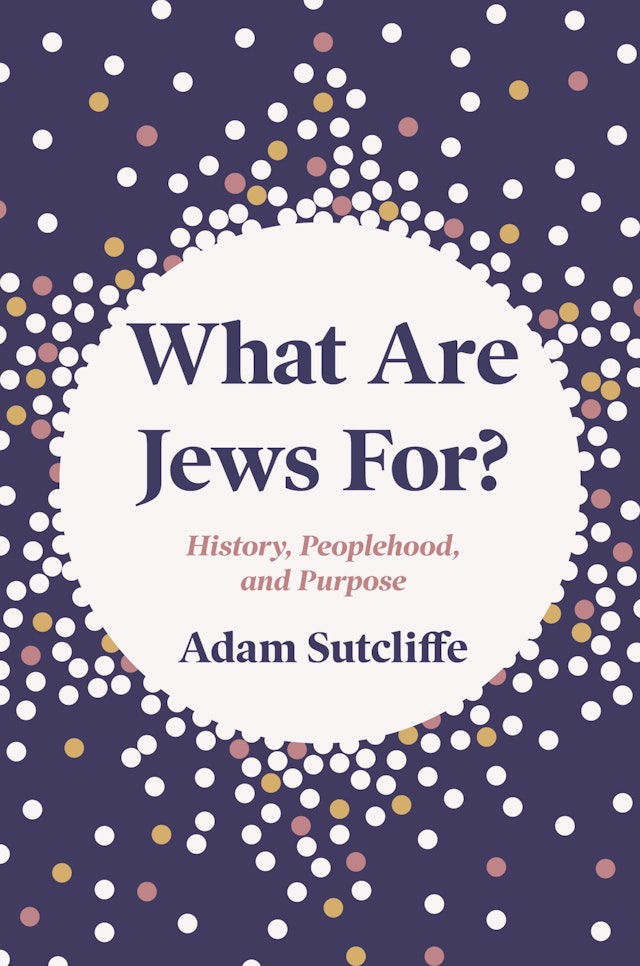 The Bible singles out the Jews as God’s “chosen people,” but the significance of this special status has been understood in many different ways over the centuries. What Are Jews For? traces the history of the idea of Jewish purpose from its ancient and medieval foundations to the modern era, showing how it has been central to Western thinking on the meanings of peoplehood for everybody. Adam Sutcliffe delves into the links between Jewish and Christian messianism and the association of Jews with universalist and transformative ideals in modern philosophy, politics, literature, and social thought.

The Jews have been accorded a crucial role in both Jewish and Christian conceptions of the end of history, when they will usher the world into a new epoch of unity and harmony. Since the seventeenth century this messianic underlay to the idea of Jewish purpose has been repeatedly reconfigured in new forms. From the political theology of the early modern era to almost all domains of modern thought—religious, social, economic, nationalist, radical, assimilationist, satirical, and psychoanalytical—Jews have retained a close association with positive transformation for all. Sutcliffe reveals the persistent importance of the “Jewish Purpose Question” in the attempts of Jews and non-Jews alike to connect the collective purpose of particular communities to the broader betterment of humanity.

Shedding light on questions of exceptionalism, pluralism, and universalism, What Are Jews For? explores an intricate question that remains widely resonant in contemporary culture and political debate.